When it debuted in 2015, the Kaos platform took two tech flavors that we had simply assumed were mutually exclusive — ratcheting buckles and wire dials — and combined them in one entree. It turns out the combination is a bit like chocolate and peanut butter: apparently illogical but impossible to live without once you've sampled it. For 2016, Sidi adds yet another confectionary wrinkle to the new men's Kaos Air Carbon Shoes by replacing the brand's standard, glossy upper with the well-perforated Air upper.

We're struggling to extend the food metaphor with a third ingredient to complement chocolate and peanut butter — pretzels, maybe? — but in actual, on-road experience, the Air upper's multitude of perforations increases the Kaos' ventilation points and decreases foot temperature on long days under the hot sun. As with the its Tecno 3 wire dial, the Kaos is the first shoe to feature the Air upper below the $400 point, bringing Sidi's highest level of ventilation to a more affordable price point.

The Kaos Air incorporates both a traditional ratcheting buckle at the top and the Tecno-3 wire dial for the mid- and forefoot. The Tecno-3 buckle operates like a quick-release hub: flip the lever up to open it, turn to tighten, and flip it down to lock your fit in place. The wire itself is both non-binding and non-stretch, so it adjusts smoothly without loosening over the course of your ride. Of course, one of the joys of owning Sidi shoes is mid-ride fiddling, so rest assured that both buckles are easily adjustable while in the saddle. The shoes also have the same amount of instep padding as Basso's own favorites, the Genius 6.6, so you can ratchet these puppies down with impunity.

The outsole is a nylon matrix shot through with carbon fiber, blending weight, stiffness, and price in a sole that's as ready to race as it is to spin through a charity century. It also resists warping caused by humidity, heat, and age, so you'll be wearing the Kaos Air long after you've worn out and replaced the bolt-on heel pad. If you've ever lost a buckle to a crash, then you'll also be happy to know that all of the shoes' fastening hardware is also replaceable.

A step up in gear

I first bought a size 45 because that is what fits me in every piece of footwear I've worn in my adult life. They were quite small and I returned them. With the right size these shoes are clearly superior to any I've had in 40 years of cycling. They feel comfortable and I think they are very good looking.

I have two pairs of these one for zwifting, the other for road riding. I have to say that these fit me very well. I have a low foot volume with fairly narrow feet, these SIDI's are a perfect fit for my foot shape/type. They also look good and are reasonably easy to clean.

Shoes are lite, very comfortable, and in hot weather they breathe so much I feel air while peddling. Fit is better than expected. 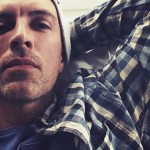 These are the best shoes I've owned. They are a perfect fit, and the wire tightening system is amazing. The entire upper part of the shoe becomes form-fitting with a slight turn of the dial, which can easily be done on the ride. The tongue is somewhat customizable on these, so you've got to follow the instructions and trim a small portion. That's not a big deal, and in fact I liked it because if it wasn't designed that way I'd never take a blade to a $300. pair of shoes and would have just lived with however the tongue felt against my leg. I'd highly recommend these and would definitely buy them again.

So far so good, comfortable footbed which was the main goal for me, my old Shimano's caused numbness within 10 miles or so, the stiff Kaos footbed fits me better and distributes the pressure much more evenly, it's an amazing difference even after 50+ miles. What is incomprehensible to me is the top of the tongue which is too long, with "teeth" that cut into my leg. The grooves that Sidi cuts into the last half inch of the tongue actually cause the tongue to curve downward, even with higher socks there is a constant "sawing" motion just above the ankle on the lower leg. Just a flat-out design flaw, luckily the padding of the tongue is not present here so I'll be able to cut this part off with an exacto knife. Not a huge deal, the rest of the shoe performs very well, but for $300 this is a major annoyance. From a purely aesthetic POV, the glossy white finish of the uppers is a bit much. I like the perforations and airflow, the graphics are nice, but matte white would have toned it all down nicely. 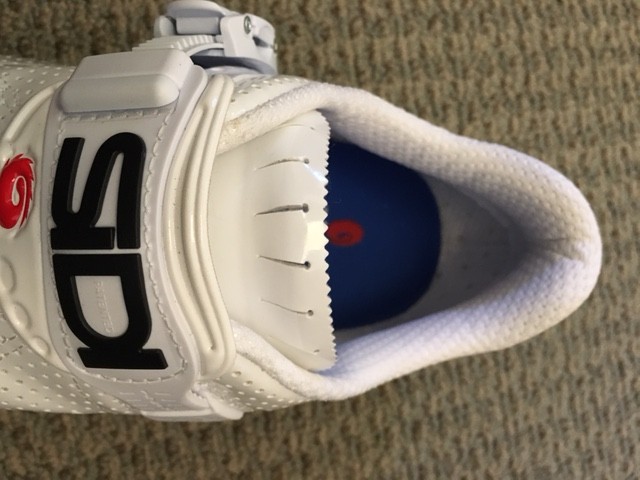 The tongue is meant to be cut to fit your foot, so it's not surprising that you were uncomfortable until you did so... Sidi doesn't mention this in their instruction manuals for some reason.

Exactly my experience Paul, regarding the saw-tooth tongue. Someone commented that you are supposed to cut that part, but I never had that issue with any prior pair of Sidi. Never, ever, ever before did I have a Sidi shoe with a saw tooth tongue and never did I hear you are supposed to cut them. Why design a shoe where you have to modify/cut it, straight out of the box??

I made the swich from a pair of Lake mountain clipless shoes to the Sidi Kaos Air (size 48). I am a pretty big guy, 6'3'' 185 lb. The shoes fit great and the carbon composite sole effectively transfers my effort to the pedals. The ventilation from the Air upper is great and my feet don't get soggy with sweat. These shoes were worth the price, especially when I got them during the July 4th 20% off sale!

The shoes are great. They are true to size and deliver max power to the pedals. Could not be happier. Will purchase again.