Dr. Giro has the cure for cyclists who want to feel their handlebars without suffering the fatigue-inducing vibrations from a rough road or a washboard trail. The prescription is the Strada Massa Supergel Gloves, which apply medical technology to cure the symptoms of excessive bike chatter. The unforgiving surfaces that cause that chatter may persist, but you'll be able to roll over them without caring.

The Strada Massa Gloves feature Giro's Supergel inserts in the palms. Supergel was actually designed for medical applications, so it’s definitely up to the task of nursing your hands through sections of rough road or trail. It's able to deform on three axes instead of the usual single axis, so it doesn't create pressure points. In fact, Giro claims that Supergel distributes pressure 300% better than standard gel padding. It also offers a 30% gain in impact resistance and no hardening over time. All of this, and it doesn't recreate the unwieldy bulk of typical padded gloves.

Came apart at the seams after 1 month

nice gloves but too tight

I bought a large but needed an extra large, but women's gloves don't come in that size. padding is great, they are just too hard to get on and off

They do run large

I haven't gotten to try them out since it's winter, they look like they'll be great but they are large. I don't have large hands but find that women's gloves are usually cut too small so I always order a large, I think a medium would have been plenty in these gloves.

I have a lot of pairs of Giro gloves in Women's medium and they fit perfectly. But these run way too big that I am going to return them. Too bad they look like nice ones.

I wanted to love these gloves because the padding was excellent and the leather soft. However, on a short ride I noticed they painfully cut into my right thumb creases when I rode on my brake hoods. They just don't seem to be cut correctly and the seams are uncomfortable. Upon closer examination I noticed that the seam on one glove was sewn in a different spot than on the other glove. This is causing the discomfort. If it weren't for this I would really like these gloves. However, after numerous rides and washings they stretched out and no longer are uncomfortable. For my next pair I went to a bike shop to try them on and found a pair that fit great. I have a small and medium as they seem to vary in fit. I now love these and they are my favorites.

I Almost Kept Them

Familiarity:
I gave it as a gift but have feedback to share
Fit:
True to size
Height
5` 7"
Weight
130 lbs

I gave these as a gift to my mom for her birthday, and I have to admit, I thought about keeping them myself. The palms have a thick gel cushioning that provides comfort for gripping. The velcro wrist band makes it easy to adjust to fit your hand. She will mostly be using them for casual biking around town, but these would do the job for long road or mountain rides. As a mountain biker, I prefer the protection of a full fingered glove in case I fall, if these were made with full fingers I would purchase some myself. 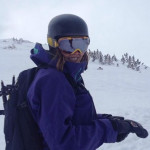