In the well-saturated dropper post market, it takes something special to make a new offering standout. Bike Yoke's Revive Dropper Seatpost does just that. The Revive represents such a different take on dropper post functionality that Bike Yoke may as well have called it the Departure—as in, a departure from what we've come to expect. Namely, dropper posts that operate with an Internal Floating Piston (IFP) design, which is used to keep oil and air separate in the hydraulic system. If your dropper has ever inspired trail-side expletives, chances are good that IFP is to blame. It's a notoriously finicky design because of the precise tolerances and hydraulic babysitting required, both of which will often manifest as stuck or outright unresponsive droppers.

The Revive throws off the burdensome IFP yoke in several ways. First, it literally eliminates the IFP. Second, it cuts the number of dynamic seals in half compared to the three most common dropper models, going from four to two. The result is a simpler system that doesn't require the precise tolerances and perfect seals of the typical IFP design, so it just works better because, well, it just works. And it keeps working without the issues inherent in IFP designs gumming up the works.

If there's one drawback to the Revive, it's that, without the IFP keeping them separate, there's more of a chance that air and oil will mix. This can generate a bit of give when the post is extended, but Bike Yoke has the solution. Its Revive Valve lets you "bleed" the post with nothing more than a 4mm Allen key and a bit of pressure on the saddle. That's it. On the trail, in the garage, outside of the bike shop, in the bike shop, in the bike shop with an Allen key you borrowed from the bike shop because you lost your multi-tool—anywhere, anytime. It's the simplest bleeding process we've ever experienced.

I'm riding about 4,000 mi per year and use my Bike Yoke dropper a lot. It is the smoothest, easiest operating, of any dropper I've ever tried or owned. The Revive feature is really nice too. 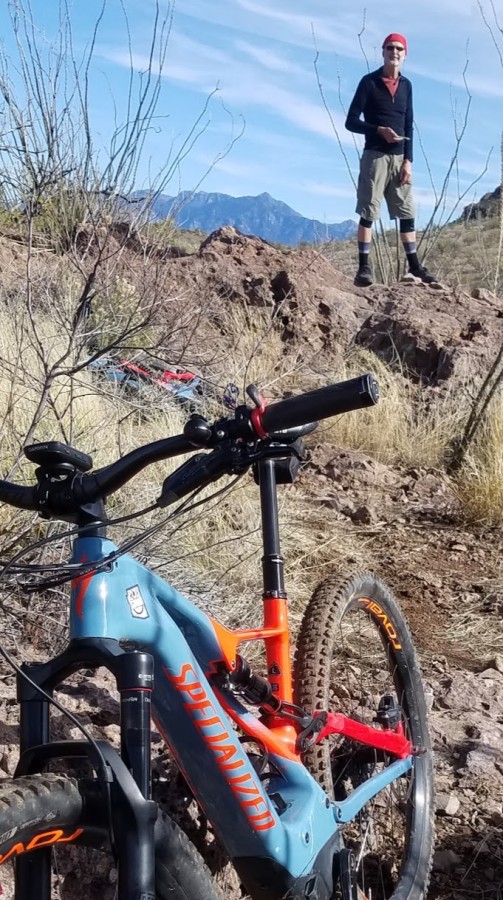 Is this compatible with 7wide x9.5 tall carbon saddle rails? I can't find the answer anywhere.

Hey Tyler, that is indeed compatible. Any top down clamp style will work with that rail setup.

The first Q&A on this page mentioned that this comes with the triggy remote, then the most recent answer states that the remote is purchased separate. Is the remote no longer available as a package with this product?

Currently, there are a couple of options for the post on the site, Bike Yoke as a company has moved away from sending the droppers with the triggy but we do have some of the older stock that still came with the Triggy. To get a post that is sold with the triggy you would need to select the option that starts at 390+

What's in the box? Are the remote/lever, cable, and housing included?

No that is sold separately. You will need to order the Triggy as well: Item # BYK0002

This is a correction to my previous answer, this lever does come with the Triggy Remote

I had multiple issues with my reverb and switched out to the Bike Yoke. Iâve put about 600 miles on it. No matter the weather it has worked flawlessly. 2 months ago I noticed my seat bobbing so I pulled over, pulled out my multi tool and fixed it in 5 seconds, on the trail! Normally youâd have to take it to the shop and have them bleed the line or you do it. Unnecessary now! Super happy and impressed with my Bike Yoke dropper! 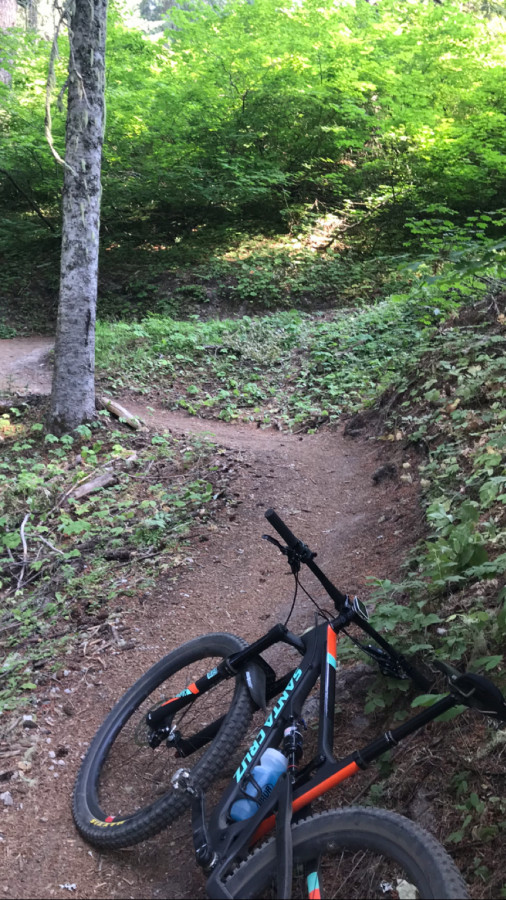 Owned for 2 mths and rode with it often. Worked great. Would have told anyone who asked, "Best dropper post I've owned." And I've tried all the main brands. Then, 5 minutes from the car on a St. George ride the masthead just snapped off! Was climbing an easy piece of trail, on a switchback where I stood for a few pedal strokes. When I sat back down... snap! Loud crack and my seat fell off with the seat clamp still attached and nothing but a jagged metal ring atop a seat-less post. Nice bruise on my thigh and a 10 minute walk to the car. Could have been much worse! Returned the post and went to a Fox Transfer. Would NOT buy this again. Operation was good but this is a catastrophic failure that could have resulted in a bad injury and a very long walk back to car. Bike Yoke needs to examine this aspect of their post. If you're a larger rider especially, steer clear! 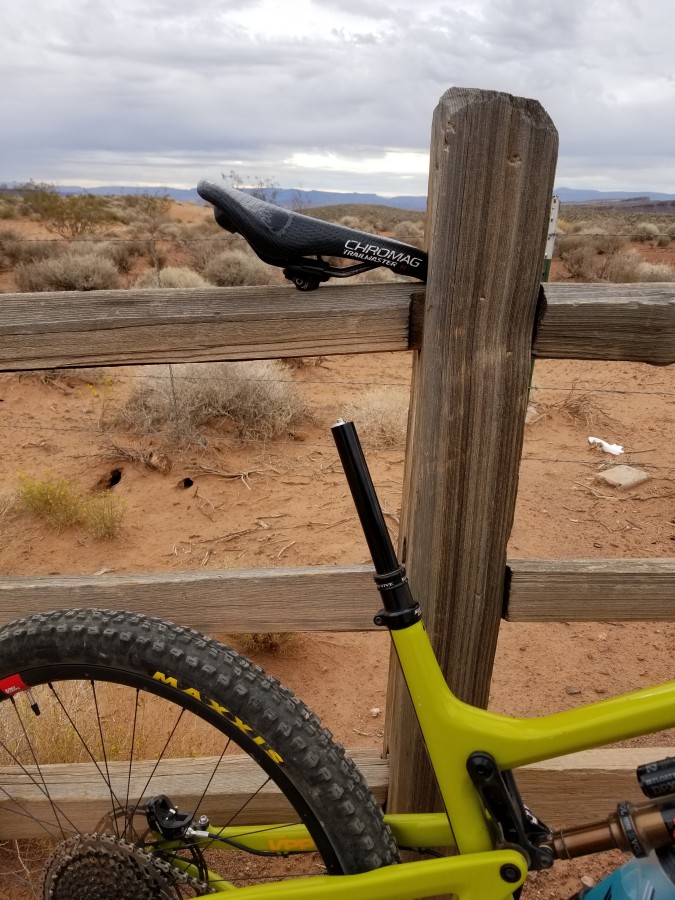 Do you know if Bike Yoke addressed the issue? Was this a lemon?

Did the Bike Yoke folks take care of the problem?

This is a known issue, unfortunately. The posts being sold now have correct this problem, but they aren't recalling the existing posts.

I have a front derailleur so I need the 2- by remote lever, do you have that option?

Dropper posts have become as integral a component to the modern mountain bike as disc brakes and tubeless tires, but unlike the aforementioned, they still seem to cause riders tons of problems. In my case, it seems like the durable options are only available in short stroke configurations, and the popular longer stroke options tend to display reliability that is, well, spotty at best. I took a chance on a 185mm Revive based on a few personal recommendations, and I'm sold. The hardware is appropriately sized, the stroke is smooth, the main bushing seems to have a nice snug fit, and the actuation is consistent and predictable. It's a bit more expensive than some of the better known options, but from what I can tell, it's money well spent, especially for those of us who can put a longer stroke dropper to use.

Easiest install, easiest maintenance, and the best dropper lever out there in my opinion. Worth every penny.

Had to hold myself back from pulling the trigger on one of these for a while, and I'm bummed out that I didn't snag one of these earlier. One of the best dropper posts I've been on. I've thrashed with this thing and it seems incredibly durable and sleek. Can't recommend it enough.

Having previously ridden a KS LEV and a Fox Transfer, this Revive has superseded both. Extra travel in nearly the same amount of insertion as the Transfer means much more clearance on the descents. Works like a dream. Easy to adjust PSI. Great seat integration (way better than both previously mentioned units.) And the ability to bleed on the fly is incredible! Have had to use the technology once, sadly - fully rider error - but it took longer to the tool out of the pack to eliminate a little sag in the stem than the bleed did. BRILLIANT BIKE YOKE! I highly recommend the investment.

Is this the second generation revive with the elastic membrane that traps air on the spring-side of the oil column when the post is being stored inverted or laying prone? Also, the bikeyoke website lists the overall length as 484mm not the 467mm shown in the description here. Can you confirm the dimensions of the 185mm drop version you have in stock?

Hey Roderick, all of the posts we have in stock are the 2.0 version. The 467mm OAL measurement listed in the tech specs is for the 160mm version, which should be back in stock shortly. Hope that helps!

This thing is super rad. I bled it while I was riding, which was really neat. Super easy install and the remote actually works well!

The quality of this post is easily apparent as soon as you open it up. Easy setup. Smooth action. I have been riding this post for two months and it is still snappy and smooth.

I picked this dropper up for a Following MB build I did for myself, and man, I have been incredibly impressed. Pulling it out of the packaging, it is clear that these guys are an engineering company first, and design/marketing second. All the little touches like the cable cut guide and quality of the hardware prove this thing is designed to last a long time. Setup is super easy, and I found that the system is not exceedingly sensitive to cable tension, which makes tuning it in a breeze. The triggy remote also pairs right up to a matchmaker clamp, and adapters are available for iSpec, so it keeps your bars super clean On the trail, the action is super smooth, and return speed is quick, but not "trailside vasectomy" quick. It worked flawlessly for me for a long weekend trip to moab, and although it developed a tiny bit of squish in the post due to the altitude changes driving there, a 10 second "revive" fixed it and it has been problem free since. Overall, I'm incredibly happy with this dropper, and if the long term durability is as good as I expect it to be, it will be by far my number one choice.

Does this include the 2-by remote?

Does this dropper include the triggy remote and all the cables?

Hey there! It sure does, triggy and cable/housing and the little barrel for the actuator fitting are all included.