Featuring a soothing formula with natural extracts, the Assos Women's Chamois Creme is designed to relieve and prevent chafing, while also preventing bacterial build up. This creme works equally well on both natural and synthetic chamois, and keeps you feeling fine through long hours in the saddle. Plus, its non-greasy formula washes out impressively easily at the end of the day.

I love Assos Chamois Creme. I decided to try the women's version, as I am a woman. I figured the company knows what it's doing, as the normal Chamois Creme is so great. I was wrong. The only thing this stuff has going for it is a nice, light, pleasant smell. It looks like the normal version, but when you apply it, that's where the the difference becomes apparent. The normal variety glides on but doesn't really melt. This one turns liquid and runs. It also doesn't do much good in the protection arena. I did less than a two hour ride and I was in pain. Stick to the normal version - this is more expensive dollar-wise and not worth it. I hate to write such a negative review, but maybe it will help someone else not make the mistake I did. 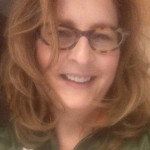 Gave this to a relative after she used some of my Assos Cream and loved it. This is a go-to for any ride longer than an hour. Not only does it do its job on your skin, but it promotes longevity on the chamois itself. It may be overkill, but I put a thin layer on the chamois after washing it too. 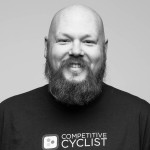