If you're like us, you've been enjoying the nearly telepathic level of shifting precision of Yokozuna cables. But what if you need a replacement inner wire? The Yokozuna 1.2mm Stainless Steel Road Shifter Inner Cable is a direct replacement for the wires that came in your Reaction cable set. So when the time comes for a refresh, stick with the best.

The Yokozuna 1.2 SS Road Shifter Inner Cable is made in Japan from the highest quality stainless steel. They are 2100mm in length and are sold in singles. Buy two to equip one set of shifters. They are available to fit Campagnolo or Shimano/SRAM equipment.

I didn't think that this simple cable would make much of a difference in my cycling performance but what I discovered was quite the opposite! As I needed to change gears I noticed the ease of shifting and the exact fit of each gear that I chose. I also noticed that the chain no longer rubbed against the frame because the new shifting cable held the gear into its proper place and did not allow it to slip up against the frame, potentially rubbing the carbon frame down. One note: My mechanic asked me where the cable housings were when I presented him with the new shifter cables! So, when you change shifter cables also change cable housing units! 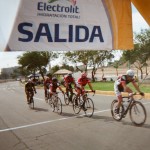 I bought the Yoko's to replace the stock shift cables with my Orbea Orca because after repeated adjustments to get the bike's FD & RD dialed in I had frayed cables. These are simply the best! They were tauted to be too stiff by some reviews but I found them to be no stiffer than others. They do however provide a more crisp shifting among the gears than before. I wll be also gettting the brake cables and replacing my bikes housing both brake and shifter with the Yoko Reaction soon! Do yourself a favor and when you replace your cables do so with Yokozuna and never look back!