We couldn't imagine working out without the Wahoo Elemnt Rival GPS Watch at this point. It doesn't matter if we're training for triathlons, marathons, ultras, or our own personal gains; this watch has a feature to help us achieve our fitness goals. Running indoors or outdoors, swimming in pools or lakes, and cycling on roads or in gyms are made all the easier thanks to this watch's intuitive design. We like how easy it is to cycle through the touchscreen if we're transitioning from run to swim, or even if we want to change the song or read a text on the go. It records our heart rate, calories, times, pace, and more, and then seamlessly sends that information to our bike computers, treadmills, and more so we can stay focused on our fitness instead of all the numbers.

I have been using the watch for a couple of months now. My experience didn't get off to a great start as the GPS was spotty at first (took a long time to lock in, would lose signal and cut out, etc.). But Wahoo has great customer service, and they sent me a new watch very quickly which doesn't suffer from any GPS issues. With that sorted out, the Rival works great for tracking activities (for me, that is mostly biking at the moment). I have it synced with Strava, and everything uploads automatically once I save the workout. I like that it is easy to scroll between screens during workouts using the large side buttons. I also like the form factor / size of the watch (though I don't love the silicone band), and how light it is. The battery life is impressive; I have to charge maybe once every five days or so. The heart rate monitor works great and agrees well with data from other HRMs based on my comparison. This watch however is not a smart watch alternative, at least not yet. Personally, I sort of like the simplicity offered; my other smart watch has a lot more bells and whistles but the battery life is pretty terrible. That said, Wahoo is known for constantly offering additional features; for example, they have already added structured workouts, iOS music control and KICKR Headwind fan control. I imagine Wahoo will be adding more features in the near future (for starters, I would like to see sleep tracking and an improved app to better visualize the data). If you have any questions about the watch, feel free to email me at fatalay@backcountry.com and I will be happy to help. 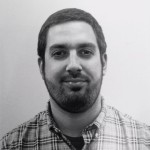 Don't waste your money on this thing

This product is an engineering prototype at best. Right out of the box the GPS didn't work. Wahoo technical support said they've had a lot of customers complain about the same thing and didn't offer any other explanation or help. Pretty pathetic. Lousy product and even worse support. Backcountry apologized, processed the return immediately and sent out a Coros Apex overnight with free shipping. Wahoo could learn something about customer support from Backcountry.

I can’t say enough bad things about this product, it simply doesn’t work and Wahoo should be ashamed! I own a Wahoo Kickr (newest version), Element Bike computer, Tickr, cadence sensor, and speed sensor; so I am familiar with Wahoo and generally like their products, but the Rival Watch is terrible: The most notable thing, is it doesn’t record indoor swims. I talked to Wahoo and they acknowledge this as a problem, with no known solution right now (a $400 Triathalon watch that can’t track 1/3 if the sport is amazing)! Next up, no pre-planned workouts. Using training Peaks for your workouts? Not with your Wahoo Rival you won’t, it doesn’t support them. Automatic transition feature that they are so proud of doesn’t work indoors (so indoor swim, bike on a trainer, and run on a treadmill); worse yet, when trying to manually transition in an indoor training session I couldn’t even get it to do that! Numerous other issues, but I’m not going to go in depth, just list a few: -Inaccurate elevations when running (off by more than 500% on a course that was flat). -No navigation/maps. -No music or apps -Poor data from outside Sensors such as Stryd power meter. -They claim great editing of workouts after the fact in the Element app; this too is clunky and doesn’t work well. -Read reviews for more!! If the watch worked and just didn’t have a host of features that would be one thing, but the watch simply does not function and should have never been released. I am (maybe “was” after this watch) a Wahoo fan and had such high hopes for this to be a great product, but it’s not just bad, it’s terrible! There are lots of other options, chose anyone but Wahoo!