Get your bikes out of the car trunk and carry them securely with the Thule Passage 2 Bike Strap Rack. This rack attaches securely to your trunk with six adjustable nylon straps; vinyl-coated buckles at the end of the straps hold the carrier firmly to your car without scratching it. Once have the rack secured to your car, use the patented FitDial to perfect the fit.

I've seen some comments about this rack not working with a frame adapter. Can I just get confirmation that this rack can carry a step-thru frame bike using the Thule frame adapter bar? Likewise with a full suspension bike? I just want to be sure this rack will carry the bikes I need it for.

I see that one person was able to get this to work with hatchback. I checked the site and found no racks compatible with 2016 eGolf but this seems like it could work. Would you recommend or any other Thule rack. I’ve been a Thule fan since my first job (Schwinn) where we sold several of these and gosh darn it I want to finally own one. HALP! (I have one Fuji road bike to mount)

Would you suggest getting this rack, or another of Thule's range, for carbon framed bikes? Unsure how forgiving the cradles are on this model.

Will this rack fit a 2017 Toyota Highlander?

Hey Alan, This rack is going to be best suited for sedans with a traditional trunk. You would be better suited with ideally a hitch style rack or a roof rack if you don't have a hitch. If you have any other questions feel free to reach out to me directly at mconn@competitivecyclist.com Thanks!

Will any Thule products adaptable for a 2014 JeepCherokee? Thanks trish

Not compatible with Thule Frame Adapter

The rack seemed to be a very good one, however I needed to use the Thule Frame Adapters and they did not seat securely in to the rack channels.

I bought this for my hatchback car, and it fits great even though my car doesn't have a very standard shape. My bike always feels secure and it'd easy to use, durable, and is a great value for the price

Will the Thule Passage 2 Bike Strap Rack w/ Cradles One Color, 2 work on a 2003 Honda Accord coupe and will fit a Electra Townie Original 21D - Women's bike? Thank you 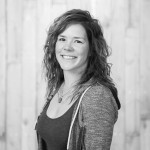 Hi Jeneane! Thanks for the question. This rack will fit on your Honda. As for the Electra Townie Original 21D, I'm going to send you an email to find out what specific frame that you have. LSTEELMAN@BACKCOUNTRY.COM 801-204-4539

will this bike rack fit my 2010 Nissan Murano?

Hey Jen- Thanks for the question! This rack is indeed compatible with your Nissan Murano. Let me know if you want to place an order for one today! I'd love to be able to help you out. LSTEELMAN@BACKCOUNTRY.COM 801-204-4539

I am looking at the Thule Raceway Pro Rack for my 2014 Honda Accord. Will it work on my Accord?

Hey Randy! Thanks for the question. Sorry we are just getting back to you. So I took a look at the Raceway compatibility with your car and it will indeed fit. I use the Pro Rack on my car and I love it. Its worked out really well for myself and hauling trail bikes as well as DH bikes. Let me know if you have any more questions or if you want to give the rack a go. I'd love to be able to help you out. LSTEELMAN@BACKCOUNTRY.COM 801-204-4539

Hello! Will is rack fit my 2010 Subaru Impreza? It's a hatchback. thanks! Jen

Hey Jen! Sorry we are just getting to your question. So this rack is indeed compatible with your hatchback! Let me know if you have any additional questions. LSTEELMAN@BACKCOUNTRY.COM 801-204-4539

Fits on almost anything!

I bought this for my hatchback and love it. It's really easy to get set up and conveniently stores in the back of my car. It also can be adjusted to fit almost any of my friends cars! Super handy and great price! I've had it for about a year and the rubber has held up fine, even in the Texas heat. I've used it around town and on 200+ mile car trips with no problems.

will this fit my ford focus hatchback 2014

Hi Denise- My apologizes on just getting to your question. This rack will indeed fit your Ford Focus. Let me know if you have any questions or if I could help in anyway. LSTEELMAN@BACKCOUNTRY.COM 801-204-4539 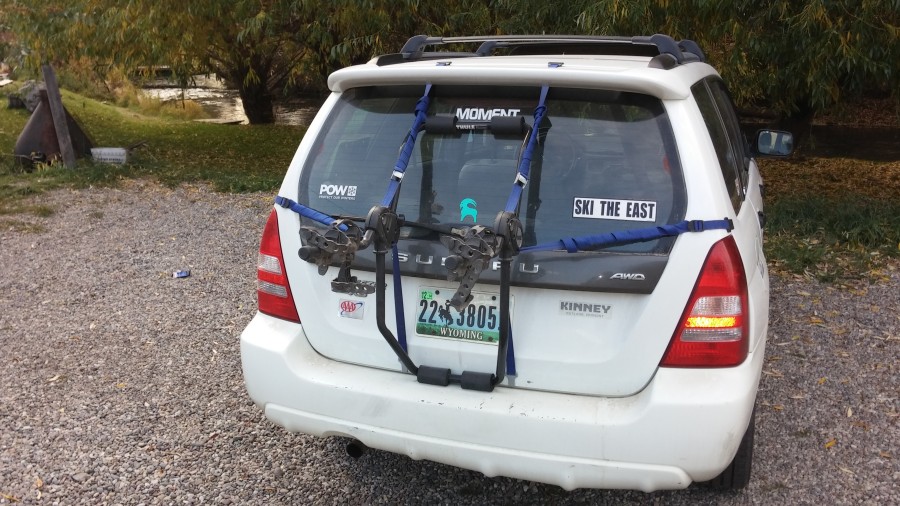 Recently made the drive from Jackson to Vermont and back with one bike and this rack on my 03 Forester with no complications. I've been told a roof rack is sturdier, but I wanted a setup on my hatch so if I need to move I can have the ski rack up top and bikes on the back. The setup is quick and painless and it only takes a moment to mount or dismount the bike. I was a little nervous about the straps coming loose over the drive but it turned out to be a non issue. It is Thule's lowest price point model, it won't be quite as sturdy as their higher end models, but it gets the job done. My only complaint so far is that the metal hooks slide around the edge of my hatch and scratched it up a bit, but nothing severe (and my Subi has enough scratches and dings already that I'm not upset about it). I haven't tested it out with two bikes yet, or with heavier mountain bikes, just my cruiser. I would say that if you are planning on consistently hauling a pair of heavier bikes, and have a shiny new ride where a scratch or two would be a big deal to you (although I don't know if other models may have the same issue), invest in a higher end model. If you're just looking for a basic rack at a good price point go with the Passage. Overall I've been happy with my purchase.

Great for what it is

This rack is good for the price. Not nearly the quality of the hitch and roof mounted racks I have borrowed previously from friends, but it's easy to use and has held up well so far. I took it on a long trip and it worked well though the bike and rack slid around a bit from their initial positions.

Will this rack fit on a 2012 Volkswagen GTI?

Hey Raven, This rack will fit your GTI. Also, I strongly suggest you change your profile name to anything other than your email address. This community is a public forum and posting personal info is no different than leaving your home address on a bus seat. We cannot control who may contact you with this information since it can been seen by anybody with an internet connection.

Will this rack carry a womens trek Cali...

Will this rack carry a womens trek Cali bike? Thanks.

Hi there, If the bike has a women's style step-through top tube, than you will need a top tube adapter that Thule also sells. It is a clamp on bar that attaches to the frame where a traditional top tube would be so you can use this or other style bike racks. I hope this helps. If you have any additional questions, feel free to ask.

Jaron is right. I've included a link to the Thule Frame adapter below. http://www.backcountry.com/thule-frame-adapter-for-strap-hitch-carriers?ti=U2VhcmNoIFJlc3VsdHM6dGh1bGU6MjoyMDp0aHVsZQ&skid=THU0324-ONECOL-ONESIZ

This post was flagged as inappropriate or irrelevant to the product.