The Red eTap AXS Shifter from SRAM puts intuitive eTap shift logic right at your fingertips and pairs with mechanical rim brakes for those seeking out a lightweight build or modernizing a favorite frameset. Add in the ability to connect to its impressive AXS app offering up the ability to check battery status, personalize components, get maintenance reminders, and update firmware and you have an impressive update to some of our favorite shifters.

Perhaps the biggest change with the latest eTap is its ability to tap into its AXS app via Bluetooth on your smartphone or tablet. There you can easily personalize the groupset including button customization, numbers of up or downshifts when the buttons are held down, as well as sequential and compensating shifting. Sequential shifting reduces redundant gear ratios and maintains a better chainline by automatically shifting the front and rear derailleurs to the optimal gear as you up and downshift, allowing you to focus on the ride. This option is great for those already used to a 1x setup. In this mode, however, you still have full control over the front derailleur to shift as needed. Compensating shifting simply shifts the rear derailleur to a self-selected number of shifts after making a front shift, so your change in cadence isn't drastic. This is something we already do with mechanical shifting but it's nice when the system's electronics can do it for us. Additionally, it receives customizable fit with its Reach Adjust, two ports for Blips on each lever. 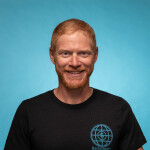 Hey Justin, great question! It is neither. This is a wireless shifter that uses bluetooth and is part of SRAM's AXS system.

Is this hydraulic or mechanical? 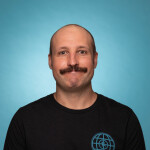 Hey Shawn, great question! It is neither. This is a wireless shifter that uses bluetooth and is part of SRAM's AXS system.

This is for rim brake