Standing for Durable Unified Bottom Bracket, or DUB for short, SRAM's latest push forward in crankset technology unifies all major bottom bracket standards under a newly introduced spindle diameter of 28.99 millimeters, versus the previous 30 and 24-mililmeter spindles used by SRAM. Ultimately, that means the GX Eagle DUB Crankset is compatible with virtually any mountain bike, regardless if your frame uses a threaded, Press Fit, BB30, or PF30 bottom bracket.

When DUB was first announced, we could already envision the eye rolls of the mountain bike community, seeing the changing standards seemingly imposed with every passing year. However, just hear us out before clicking away. SRAM focused entirely on improving the bearing longevity and sealing of DUB, then designed the spindle diameter to meet these needs, meaning it's ready for riding in wet and nasty conditions. SRAM was able to engineer a new crankset that's every bit as light and stiff as those with 30-millimeter spindles, but one that provides the increased bearing durability of 24-millimeter spindles. It's really a simple concept and one that elevates SRAM's Eagle DUB Cranksets to the top of the market, thanks to an optimal mix of lightweight efficiency, stiffness, and robust durability across all twelve gears.

Seeing you don't need a major overhaul in components to run DUB Cranks, it doesn't feel so much like a newly imposed standard, but more like the next step in SRAM's continuously evolving line-up of drivetrain components. Of course, you will have to purchase a new DUB-specific bottom bracket for this crankset to work, but it's really a small compromise considering the system's ideal blend of lightweight performance and bearing longevity. Although SRAM tried to best accommodate every major bottom bracket standard, there were two types that aren't compatible, including frames with SuperBoost rear ends, as well as those using Cannondale's BB30 Ai standard.

Outside of the DUB standard, the GX Eagle DUB Crankset is ideal for the everyday rider who demands reliability and efficient pedaling, but one that's not overly concerned with counting every last gram. It's made of 7000-series aluminum for optimal strength-to-weight and a lower cost than carbon offerings, such as XO1 and XX1. This particular version works exclusively with BOOST 12 x 148-millimeter rear axle spacing and pairs nicely with SRAM's Eagle 12-speed drivetrain components.

Great crankset for the money.

I swapped out the crankset for a 170mm instead of the 175mm on my bike as with the 175mm cranks I was peddle striking quiet a bit in tecky trails. Not only did the 170mm help with the peddle strikes, but they also helped with my rear wheel traction when things get loose and steep. Short of switching to an Carbon crankset this is a great aluminum crankset that offers a great cost to weight to durability ratio.

The GX Eagle crank is a solid aluminum crank for a great price. Easy to install, solid finish, and includes a good quality 32T chainring. This is my new go to crank for any MTB build.

I'd love to entertain you with ideas on why a 28.99mm Dub spindle is just the right temperature for most frame shells out there while still tasting great re-heated but I'd inevitably bore you to onions!! If you like super tasty soups and porridge and prefer mashing pedals to potatoes than the GX Dub cranks might just be for you! 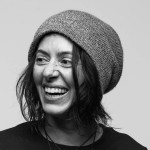 Easy item to install and the quality was right in the middle. Some of the higher end SRAM 12 speed cranks are just too expensive for the 100 gram benefit.