Over the last few years, PowerTap has quietly flown under the radar as other companies have made various forays and advancements in the power meter sector, but the brand was far from dormant during that time. The engineers over in Madison were busy putting the finishing touches on the brand new C1 Chainrings and Sensors, which demonstrate that PowerTap is still very much a relevant member of the market. Rather than clinging to its hub-based power measurement and proclaiming it as the only power standard worth paying attention to, PowerTap now offers a chainring and pedal option. Based on the C1 Chainrings' simple setup, accessible price tag, and accuracy, we'd predict it'll become an important new player in the market.

The Chainrings are manufactured by FSA as a one-piece design in three different teeth configurations, but a caveat to consider is that the chainrings are only compatible with five-bolt 110mm bolt circle diameters, so they won't work with every crankset on the market right now. We'd imagine this will change in the future as PowerTap gets through the C1's initial introduction then refines its design to offer more options, and it's a small price to pay for the affordability of the system if you're already using compatible crank arms.

Once mounted, the chainring divides the stroke in half to measure left and right-side power, a feature not commonly included on power meters in this price range, and it uses motion-based electronics to keep the system from adding bulk to your frame with multiple sensors. While you're pedaling, a built-in accelerometer records cadence as well. According to PowerTap, the system calculates power with the brand's standard +/-1.5% accuracy, and it auto-zeroes as soon as pedaling stops to eliminate the need to pedal in reverse in the middle of a ride. For added convenience, the chainring is compatible with both ANT+ and Bluetooth SMART, so once it's set up, you can head out for a ride without a lengthy setup using your existing head unit.

Is this product being supported by the manufacturer?

Well the powermeter itself is working as expected and seems accurate and reliable. I have to change the battery every month while I only ride 20 hours. I am doing calibration before every ride as there is still a gap everytime I do it. I am contacting powertap support in order to get more information about these 2 defaults.

1st set works great on the training bike, so hooking up a 2nd set for my race day bike.

Basically if you want crappy support and a crappy product prone to failure get this if not look elsewhere. If i could give a 0 star i would. i bought these through another company and thought hey this should be perfect for what i need. Nothing could be farther from the truth. the first C1 i got failed in a month. I had initial issues with the Ant+ signal dropping out. Called Powertap support they said to move my ant+ receiver. AKA its your fault not ours. HMM ya not so much when a week later no signal for ant or bluetooth. Call them back they send a new C1 out. forget to include an RMA for me to send the other one back (Geniuses i swear). A week of using the new C1 and now similar issue happens. The device will transmit for about 20 seconds and then fails to stay on. Call Powertap back up go hey did this already did all your trouble shooting. They respond initially after 3 days. i email them back and its now coming up on a week later. In the email they asked why i ddin't send them back the other one and i tell them no RMA. Thank the company i purchased it from will refund me the money i paid and already gave me an rma label. They took a grand total of 5 hours to respond. I won't buy a powertap, sarris, or cycleops now as they are all handled by the same company and their support sucks and apparently so do their products. 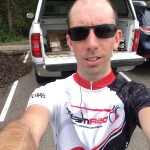 Very odd. I have used several products from Powertap/Cycleops/Saris and they all have had excellent service, better than most companies I have dealt with. The C1 Powertap chainrings, I have been using FLAWLESSY for 6+ months and for the money they perform as expected and are an excellent addition to my training tool box.