The Ksyrium wheel from Mavic has a storied history. As the worthy successor to the Helium, arguably a wheelset that along with the Cosmic spawned the prebuilt wheel movement, it was catapulted to success by the pros in the grand tours and classics in the early aughts. Quite a bit has changed on the racing front since then, namely the move to carbon wheels. While the pros continue to race on tubulars, we don't always have the luxury of a team car following us, so we think the next best thing is tubeless. That's where the Ksyrium Pro UST Wheel shines, leveraging its tubeless know-how from way back in 1999 with its mountain bike going Crossmax wheelset, which coincidently coincided with the release of the original Ksyrium, the wheels combine the weight savings, flat reduction, and ride quality of tubeless.

The effect of Mavic's generation of tubeless genius becomes apparent early in the process of mounting the tires. We all love the lower rolling resistance, cushier ride, and increased puncture resistance of tubeless tires, but mounting them is an admitted hassle that's left a lot of us sticking with traditional tubes. Mavic's road UST design virtually eliminates any of these misgivings.

First, the tires mount without levers. Mavic recommends tire levers if you'd like, but, in our experience, the brand's UST tires pop on and off with bare hands as easily (or more easily than) most tires on most other competitor's rims. The ease of installation and removal alone make a compelling case that Mavic is once again the leader in road wheel reliability, but the ease of inflating the UST design removes all doubts.

Tricks for seating tubeless tires are often just that: tricks that involve a bit of luck for all but the most capable wrenches. Mavic turns this on its head: mounting UST tubeless tires to UST tubeless rims is less an art and more of a simple, easily reproducible act of science. Just pump them up. That's it. No CO2 cartridges, no fingers crossed moments to see if the air compressor will pop the beads into place, no disheartening bang from the tire burping over the rim. Just your trusty old floor pump and a bit of elbow grease.

The key to the ease of mounting and inflation is typical Mavic. It involves an obsessive R&D cycle that established tolerances to within a millimeter; a hair in either direction would mean the tire would either be nigh impossible to mount but virtually immune to burping or easy to mount with a tendency to roll off in corners. Traditionally, wheel and tire manufacturers have defaulted to the former for obvious reasons; however, Mavic didn't accept the trade-off, and the reason it took so long to join the road tubeless game is that it wasn't satisfied until it had addressed the most common critique of reliably safe tire/rim interfaces.

In addition to all the benefits of UST tubeless, these wheels come with the same features that make the non-UST, version of the Ksyrium Pro wheels a staple on neutral support vehicles in professional races. These include weight-reducing rim milling, lightweight aluminum spokes, and Mavic's new Instant Drive 360 freehub engagement. The weight reduction is telling. At just 1,410 claimed grams, the wheels without tires are a wopping 220 grams lighter than the non-tubeless Helium "climbing wheels" from 20 years ago. A deep dive into the freehub would warrant a few more column inches, but we'll spare you the details and summarize it as a system of dual-ratcheting rings that rivals the hubs typically featured on custom builds and vanity wheelsets.

I purchased these wheels to replace a pair of 2012 Mavic Ksyrium Elite clinchers installed on my 2008 Cannondale Synapse SL3. This is my daily commuter, about 10 miles daily, and I wanted something softer riding my previous Specialized Armadillo tires, yet also as puncture-proof. Long story short - the bike feels wonderful - the wheels and included UST tires are roughly 1 pound lighter - and the ride with the 25c wide tires is pretty plush. Longevity is a mixed bag - however - and that is why I knocked off one star. The second week I rode on these tires I flatted the rear with a slice so wide that it wouldn't seal. I replaced the tire with an identical one from Mavic, and after five weeks of riding, I have yet to flat again. The wheels are light, yet strong. The feel at least as reliable as my previous set - if not even more so. The spokes are beefy, I'm not sensing any flex in riding, and they look great. Mavic has nailed tubeless - the tires fit the rims like a glove. I was able to mount them without any tools, and the tires seated instantly with a common floor pump. The sealant is a bit of a PITA, but it wasn't awful to take care of - and the extra insurance against flats is probably worth it. As others have noted - it's not uncommon to lose 5-10 psi overnight - there may be tricks to get the tires to seal better - but generally I inflate to 80 psi in the morning and then reinflate two days later. If the tires were a bit more indestructible this would be a 5-star review. I imagine that over time Mavic/Hutchinson will tweak the tires a bit more to improve reliability - but overall I am very satisfied with the tire and wheel package for commuting and weekend rides. 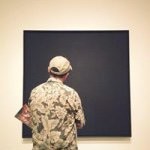 Have you tried any other tires? If so which ones?

What is the actual weight of the wheelset?

Are you able to use tubes on this wheel? or is it only tubeless?

Yes, you can use tubes with these wheels if you want.