Fast, stable, reliable, and made in the good 'ol US of A are all characteristics Industry Nine is proud to say its new C58 Aero Disc Wheelset fully embodies. These new wheels are exclusive to Competitive Cyclist, and they're made by North Carolina's talented group of wheelbuilders for those looking to get the most out of their disc-equipped machines.

The heart of the C-series road wheels lies in the redesigned Torch road hub, and, as always, the artfully machined hubset is built in North Carolina by people who ride hard. And while the exquisite anodized finish is eye catching, it's what’s inside that really counts. Namely, the new Torch three pawl driver. It's the same driver used in the Torch mountain hubset, and like their mountain brethren, it's rated to withstand 700 ft/lbs of torque. In other words, unless you're powering your bike via a built diesel engine, there is zero chance of slippage under power as long as the hub is well maintained. Speaking of which, Industry Nine manufactures its own Teflon contact seals at the endcaps, which effectively seals the hub against the most tenacious mud in 'cross racing, and they run drag-free, for logging those road miles.

The wheelset makes use of Sapim's trusted CX-Ray stainless steel spokes to maintain their perfect roundness. These forged, bladed spokes have a reputation as the planet's strongest, stiffest option for securing a hub to a rim, which will quell any fears of failure, no matter how many potholes you manage to ride through. Enhancing the strength is a 2:1 lacing pattern on the 24 spoke rear wheel, with eight of those spokes on the non-drive side, and 16 on the drive side. The result is reduced wind-up of the wheels under power for phenomenal power transfer, but with the lightness that comes with reduced spoke counts.

Industry Nine's core competency is in working with metal, so the master machinists from North Carolina paired up with the carbon gurus at Reynolds to supply a carbon fiber rim worthy of the Torch road hub. What they settled on was Reynolds' 58mm Dispersive Effect Termination (DET) rim, for its strength, width, and aerodynamic properties. Starting at the rim bed, the 58 features an ultra-wide maximum width of 26.2mm. As a clincher, this eliminates the drag-increasing balloon effect caused by a tire being wider than a rim. Now, the tire width matches the leading edge of the rim, creating less turbulence at the airflow's introduction to the wheel.

The Industry Nine C58 Aero Disc Wheelset is available with a Shimano/SRAM 11-speed compatible freehub, and in one color. The front wheel comes standard with a 9x100 QR, and the rear is a 10x135 QR. Endcaps are available separately for thru-axle conversions front and rear.

The axles on the drop drop note thru and in the description it states they are only available in QR? Which is is, I know endcaps are easy enought to change but which ones are included?
Also, are these ceramic or steel bearings?

Thank you for your questions. These hubs have the option for interchangeable endcaps, however the version we have in stock will not come with all the endcap options, it will have the 12x100/12x142 endcaps only. The QR Endcaps are available to purchase if needed.

If you have any additional questions, please feel free to email me at krakowski@competitivecyclist.com. 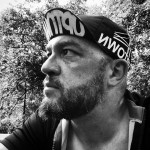