This is one six-pack you want to knock back when behind the bars. If you're riding all day. Literally. First Endurance is building on the success of their drinks and bar with this "gel," the EFS Liquid Shot. We put quotes around gel because there are no gelling agents in the liquid. Since you probably don't ride all day that often, you can take a flask in place of two bars. Or in place of a bar and toss it in the fridge when you get home.

You might think the world needs another energy liquid like it needs another hole in the ozone layer. You'd be wrong. It gets down to this; the EFS Liquid Shot is jammed with carbohydrates, amino acids, and electrolytes. And goes down easy thanks to the absence of gelling agents, which can make "gels" sticky and dry. Without these agents, the liquid is less viscous and can be ingested without the aid of water.

The first thing is they measure a serving as five ounces of liquid, which fills the flask the shot comes in. In that, you'll find 400 calories. Of the 400, there are 100g of carbohydrate in a mix of glucose, maltodextrin, and sucrose. The reason for the mix is to have fast-acting, slow-acting, and easy-absorbing carbs. The bottle also has 1000mg of amino acids, broken down into glutamine and branch-chain amino acids isoleucine, leucine, and valine. There is also a pretty heavy-duty electrolyte blend of 400mg sodium, 290mg potassium, 150mg calcium, 120mg magnesium, and 600mg chloride. As all cyclists should know, we sweat out salt and have a great need for electrolytes when exercising hard, and the loss of salt can lead to cramping. First Endurance argues that you need more than just salt to prevent cramping; that's why the rest of the electrolytes are present. The Liquid Shot will keep your electrolytes balanced, help with absorption, reduce lactic acid build-up and keep the body going.

If you're the type who can't reach back for your pockets or, in the cold, have poor pocket access, you can empty the flask, or two, into a water bottle and top off with water. 400 calories in a standard-sized bottle is thicker than any drink we know. 400 calories is also about the size of two bars. Doing two in a bottle would make for a liquid meal.

The flasks can sit sealed and unrefrigerated for a year, but once opened, should be consumed within 24 hours. If a bottle is unfinished after a ride, pop it in the fridge and keep it there until the next ride. When you empty the bottle, save it for reuse with the First Endurance EFS Liquid Shot 32-Ounce Bulk Container (with 30 ounces of Liquid Shot). The flavor is Vanilla.

Calories when you need it.

This gel packs some calories and other essentials you need while training and racing. I like that ability to refill a flask and its easy to eat on the go. It tastes OK, not great but not the worst either.

Give it a shot

I used to use Gels but find they are messy after consumed. I then made the switch to Shot Bloks, which work alright and I really like, but wanted to give something else a try that may be faster and I wouldn't have to chew while putting out the power. I picked up the Kona-Mocha which tasty seemed to be a little thicker than I expected. I have another flavor to try. All in all I liked the ease of use and no mess. I also didn't cramp up or bonk on the trial run.

bought a pack of 6 an used them for a boost and for recovery. did not freeze over, only thickened. Taste was good especially with cold water. one water bottle mixed with EFS worked great on my climb,hike and summit push on Alpamayo. 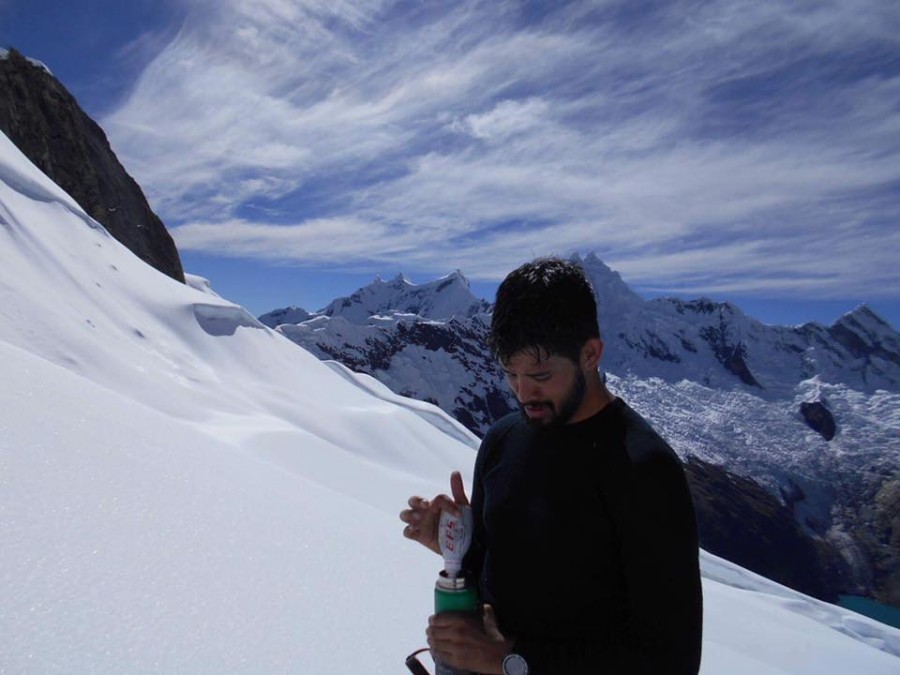 I had stuck with another popular brand but after about 4 gels my stomach would start to complain. I would switch to something else and gut the rest of the ride out. I decided to try EFS Liquid Shot after a nutritionist said that it was her only source of calories during a road race. Pretty strong words. I tried the Vanilla and the taste is awesome! On 70+ mile rides the gel is easy on the stomach and I actually have to slow my self down so I don't over consume before the end of the ride. I've also noticed that I don't feel cooked after a long ride. I'm guessing it could be from the electrolytes that are mixed in. Or since I'm still wanting more right up to when I get off the bike I'm actually fueled up to keep going. Either way, you will love this gel!

I've tried about every jell out there. EFS pretty very sweet, almost disgustingly so, but it just keeps going down with giving me any bad reactions. Following a shot of this with a good swig of water helps with the sweetness. I was recently out for 40 hours, and this stuff was still palletable. In most outings of 12-24 hours I can make this my only fuel intake without bonking. It has never given me an upset stomach (although I can't wait to brush my teeth when I am done!). It's is more liquid than most jells and goes down easy. It also has a lot of electrolytes. Great product for any distance, in my opinion.

This is a great product for more intense exercises/races. I down a gel nearly every time I work out, but for longer and more intense workouts it is obvious to tell how much more effective these shots are over a regular gel. Pack one of these babies and you wont need to bring a bar or a sandwich since one shot has 400cals. After an intense run/ride, your legs will be thanking you the next day. The downside that I have found with these is that since I use it on long runs to replace solid food, my stomach seems to not like it so much a few hours afterward. I much prefer the kona mocha flavor over the wild berry. Too bad it isnt currently available here. These dont have very many gelling agents so they are absorbed quickly and can also be watered down easily into water bottles or camelbaks and they still taste good. 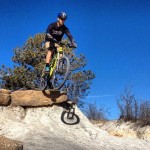 I went to EFS in an effort to combat cramping during 70.3 races. I wanted my nutrition to have a little more bang for the buck. Overall I feel that it's a tool in the toolbox that's had a positive impact. As I've started to get a handle on cramping I attribute it mostly to controlling fatigue by not going too hard on the bike. However, EFS definitely works well as a sugar replacement for long endurance events. It's easy on the stomach and chalked full of goodness.

This fuel is great, in a blog post once I called it rocket fuel. http://perogoats.blogspot.com/2009/04/drb-50k-is-rocket-fuel-powered.html What I like most about this gel is the consistency, it's more like water than a gel, the flavor is somewhat sweet, but not gagging sweet...I also like the fact that I'm not only getting calories, but electrolytes and amino acids while consuming it. One flask is about equivalent to 4 gels, so you can carry it in your hand and take a small chug every 30-40 minutes. Try it, you'll like it!

Best Fuel You Can Buy

During five years of training for Ironman triathlon races I've used dozens of gels, sports drinks and other fueling products. EFS Liquid Shot is probably the best I've have ever used. It's technically NOT a gel. The consistency is thinner which helps it be consumed and absorbed faster. The Vanilla taste is great and it's packed with tons of calories and electrolytes to help you keep moving. I use EFS Liquid Shot during all of my long training sessions as well as during 70.3 and Ironman triathlon races. It's easy to carry, the flask is efficient and quick to open and it tastes better than any liquid fuel on the market.

I do a lot of cycle training so I've used just about everything out there in every possible flavor. 98% of the stuff out there isn't good and some of it is downright terrible. Well this is just about the worst, at least the vanilla flavor, energy gel I've ever had. I just got done with a race where this was given out at the aid stations. It's like getting a mouthful of honey. Waaaaaay too sweet(I'm not one of those diet drink, sugar hating people either). So much so that it had my jaw twitching until I could get a drink to wash it down. I polled others in the race and they all said the exact same thing. My favorite energy gel by the way is GU Cherry Lime, it actually tastes kind of good.

Robert Kunz from First Endurance explains the benefits of the EFS Liquid Shot.