Given its jack-of-all-trades depth and a slew of updates, the 303 NSW Carbon Tubeless Road Wheelset may be the best all-around race wheel in Zipp's lineup. Its wider, 19mm internal rim width better integrates with the new racing standard of 25mm tires, streamlining airflow from rubber to rim. The rim's bead also lets you run tubeless tires, allowing reduced PSI for better cornering traction and—counterintuitively—lower rolling resistance, as the tire is better able to deform around and roll through minor imperfections in the road surface rather than bouncing across them. Going tubeless also reduces puncture risk, so while you're enjoying boosted aerodynamics, smarter cornering, and less rolling resistance in the pack, you'll also have a better chance of not falling out of contention due to a late-race flat.

Ever since its inception in 2015, Zipp’s NSW Series has been the launching pad for Zipp’s most relevant innovations. And to that end, the Zipp 303 NSW Carbon Tubeless Road Wheel features an entirely redesigned rim shape that aerodynamically integrates wider tubeless tires for enhanced ride quality and performance. The 303 NSW Carbon Tubeless features a wider 19mm internal rim width and corresponding outer rim shape for aerodynamic optimization with 25mm tires. This wheelset allows you to run tubeless or traditional clinchers. The benefits of tubeless include superior flat protection, the ability to run lower pressures, and a smoother ride with high cornering grip and low rolling resistance.

The 303 NSW represents a major update—it's more aerodynamic, brakes better, and is even more reliable than before. And that's just the rim. For the first time in its lifespan, the 303's new hubs are every bit as impressive as its rims. We admit that we haven't always associated Zipp with hub innovation, but the 303 NSW's Cognition rear hub may be the most exciting technology in factory wheels that we've seen since Zipp first introduced its bulging sidewalls. The freehub is centered on Zipp's Axial Clutch mechanism, which features two Metal Injection Molding (MIM) ratcheting rings—one mated to the freehub body and one mated to the hub body. The two rings are machined like a ratchet, so they ramp off of each other while freewheeling but engage each other during pedal input.

Compared to a standard pawl design, which actually resembles a drum brake, the Axial Clutch's MIM rings engage laterally to reduce friction while freewheeling, so coasting doesn't negate watts already spent. We're familiar with this model, as we've seen similar mechanisms on the designer hubs featured in top-end custom builds for years now, but Zipp is the first to replace the usual tensioning agent, steel springs, with magnets. This substitution further reduces friction between the ratcheting rings, making for what may be the smoothest freewheel on any mass-produced hub set. It's a design that we suspect will eventually be the norm, but—once again—Zipp is leading the charge.

Shiny new hubs aside, we now return to the subject you probably expected to be the headline for a new Zipp wheel. The brand's signature Aerodynamic Boundary Layer Control (ABLC) dimpling returns with a new designation. It's called SawTooth Technology, and it consists of ABLC dimples applied in a single pattern repeated in 12 discrete swathes (or "nodes") across the rim's surface, looking much like the strokes of a paint brush.

Zipp's description of SawTooth's effect is a bit, how shall we say, erudite, with the company claiming a 34% reduction in side wind forces compared previous models by "reducing the laminar bubble effect on the aerodynamically shielded side of the rim's profile." Translated into saddle speak, that means while rolling at a Cancellara-approved speed of 20mph and above, the rim's dimpling is designed to dispel the negative, drag-inducing force on the rim's non-wind side.

SawTooth's premise stems from 42 computational fluid dynamics studies and testing that spilled out of the wind tunnel onto—gasp!—actual roads. In actual wind. You know, the conditions that we actual cyclists face every time we throw a leg over the top tube either side of trainer season.

To help understand how SawTooth works, consider an aerodynamic NACA shape in the pristine wind tunnel conditions of zero-degrees yaw. When air resistance is perfectly head-on, drag only exists in a parallel plane with an object, so a teardrop NACA cross section reduces drag to its absolute minimum by reducing the wake. Turn the yaw angle upwards of 15 or 20 degrees, though, and a true NACA shape begins to experience drag from the side opposite cross wind pressure as well. This lateral drag is Zipp's "laminar bubble," and it's the phenomenon responsible for the violent instability that leaves our triceps and lats as sore as our legs after a workout on gusty days.

Though Zipp was one of the shape's early adopters, the industry is now replete with rounded, bullet-shaped rim designs that aim to lessen destabilizing drag from cross wind forces; however, if Zipp's numbers are any indication, the SawTooth nodes take that reduction to a whole new level by better controlling cross winds as they detach from the rim's opposite face. While deep rims will always be more vulnerable to lateral forces than shallow box clinchers, the Firecrest DSW's rim shape and SawTooth Technology contribute to a ride that requires less correction in windy conditions, and the corrections themselves are more subtle and intuitive than with yesterday's NACA profiles.

The rims are finished with Zipp's ImPress graphical treatment, which involves directly printing the aesthetic embellishments onto the rim rather than applying decals. This leaves the SawTooth nodes of ABLC dimpling uninterrupted and unimpeded. Finally, it's only appropriate that we end the way every good ride does: with the brakes. The rims are equipped with an updated version of Zipp's Showstopper brake tracks.

Showstopper enjoyed an impressive debut on Zipp's Firestrike 404, but it's already been improved for the NSW line. It's still imbued with the same silicon carbide particles, but the direction-specific grooves have increased in number and feature an altered depth. The original Showstopper netted some pretty impressive stopping across all conditions; while we haven't tested this new brake track, Zipp assures us that it's even better. The upshot is you can hold speed longer while approaching a corner, braking later and gaining tiny increments of time with each bend or switchback. 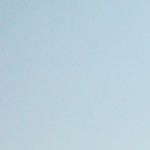 Solid but not great

I read a ton of reviews and comparisons and these seemed like the wheel to go with. When they arrived, both wheels were out of true, spokes were not tensioned appropriately, and the front wheel has already started to come out of true after a little over 500 miles of riding. They are also not that laterally stiff. When ever I stand I get brake rub. These replaced my 404 Firestrikes. In over 15k of riding on those I have had none of these issues. I do like the tubeless, and maybe I just got a bad build, but I can only give these a solid but not great rating.