Can't wait? Consider one of the other XC Full Suspension we have in stock.

As the age old saying goes, you've got to get up to get down, and we think that there are few better dicsiplines in life that fully captivate the true meaning of this than riding a bike. The trouble is, many steeds are so single-purpose built that they only excel at one or the other. Featherweight cross-country steeds have the reputation of rocketing up climbs, and feeling flighty and twitchy on descents, while downhill ready enduro sleds are a but cumbersome when you point them uphill. Yeti aims to find a balance between the two with its down-country SB100 Carbon C1 GX Eagle Mountain Bike. At first glance, you may think its a cross-country race machine, and you wouldn't be entirely wrong. It's built with progressive geometry that keeps you perched nicely for attacking technical climbs, but point it downhill and you'll find a reward that many other XC bikes can't offer — pure confidence at high speeds. Its Switch Infinity suspension allows it to perform like a trail bike when pointed downward, providing a more confident ride feel than your average 4-inch travel steed, so you can rocket to the front of the pack on climbs, and drop them on the descent, so the only thing separating you from a podium is a few miles of smooth singletrack. 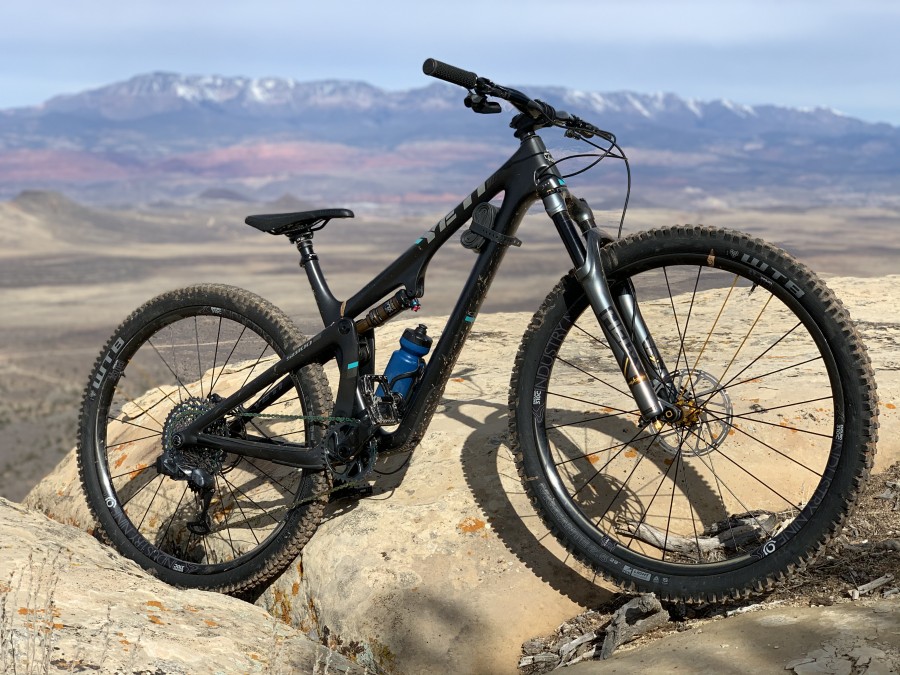