While many of us would love to throw a leg over the Zero.6 as our daily driver, the reality is its 176-pound full laden weight limit, including bike, puts it out of the range for most of us. And that's where the Zero.7 Road Frameset from Wilier comes in. Its 198-pound capacity is much more palatable and it's a frameset that's no stranger at the top of the review boards and editor lists. This latest version is for the purist that still favors rim brakes and has some exciting new colorways that will have your heart racing.

Wilier's engineers began with the synthetic equivalent of a super hero's hair: high modulus, 60-ton carbon fiber. It's very stiff, very efficient, and very light, but it also doesn't absorb as much road vibration and is more prone to failure than a lower-modulus carbon. Top-end manufacturers often address this by using different carbon moduli across the body of one frame based on the stiffness and strength requirements of each discrete area, but the inclusion of lower modulus carbon makes the frame heavier and more flexible. Wilier puts its own spin on this process, so the new Zero.7 includes lower-modulus carbon and alleviates the negative side effects of its inclusion, reducing the overall volume of material by 19% compared to the previous model.

This process begins with the incorporation of Zinc Oxide nanoparticle epoxy resin (ZnO) into Wilier's high-modulus layups to improve impact resistance. It continues with a technique called LIT (Large Inflatable Tube). As the name implies, LIT involves inflating a tube-like bladder inside the frame while it's in the carbon mold. This compacts the material from both sides and creates a uniform wall thickness that eliminates structurally compromising resin deposits. Both bits of tech underwrite the Cento1 family's heritage, and the Zero.7 receives the same treatment; however, Wilier was looking for even more to set the Zero.7 apart. It found it by incorporating a solution from the aeronautical and automotive industries, Special Elastic Infiltrated Film, or SEI.

SEI is a viscoelastic film that, when injected between layers of carbon, relieves the harshness and brittle nature of high-modulus fiber through increased vibration absorption and impact resistance. To illustrate the importance of the addition of SEI, we'll relate the Zero.7 to a more traditional Italian icon: the Margherita pizza. If 60-ton carbon is San Marzano tomatoes, then SEI is buffalo mozzarella. The tomatoes are definitely a required presence for any Margherita pizza, but the right tomatoes combined with the right cheese nets the best possible outcome in all areas.

Another change from the previous Zero.7 that's immediately obvious is the redesigned head tube, whose silhouette describes an hourglass shape. This nets two benefits, aerodynamic gains, and increased front-end stiffness. The aerodynamic improvements are nice — we're certainly not going to complain about fewer lost watts — but the improved stiffness is really amazing.

The Integrated Fork design that informs the legend of Wilier's front ends returns in this new iteration. Combined with the Zero.7's tight wheelbase geometry, the front end gives a more seamless, unified feel between frame and fork. Since there are no objective metrics to describe it, communicating the quality of a bike's ride can often degenerate into an exercise in lyrical hyperbole. So please humor us when we claim that, on descents, the Zero.7 is a demon in three-piece tweed: well-mannered but aggressively fearless.

The Zero.7 is also built up in the bottom bracket area in order to increase power transfer and accommodate the new BB386 Evo. While it's true that the options for external bearing cups runneth over, there is still significant room for advancement in the right circumstances. Wilier's collaboration with venerable component manufacturer FSA proves that point. The BB386 Evo is a kingly 86.5 millimeters wide, increasing stiffness by 30% over the usual 68-millimeter bottom brackets and lowering the power lost from flexing to almost zero. With adapters, the BB386 Evo accommodates cranksets from Shimano, SRAM, and Campagnolo. The Zero.7 Frameset is finished off with a 27.2 millimeter Ritchey Superlogic seatpost. Please note that this frame is not compatible with Campagnolo EPS groupsets.

Just built up (August) a Zero.7 for myself. A lot of great options for road frames but for several reasons, mostly personal I went with the Zero.7 with mech. Dura Ace. Wilier has always made a very stiff, fast, frame so I was slightly hesitant because I didn't want a harsh ride. But the last few frames I've ridden from them have been much better than their predecessor. The Zero.7 rides really nicely, a 50, 75, + mile ride didn't bother me at all. It's a really light frame, with my "not light" wheels on I was just over 14 lbs. I'm very happy with my Zero.7 so a big thumbs up from me. If you've got questions on them reach out and I'm happy to help you out. 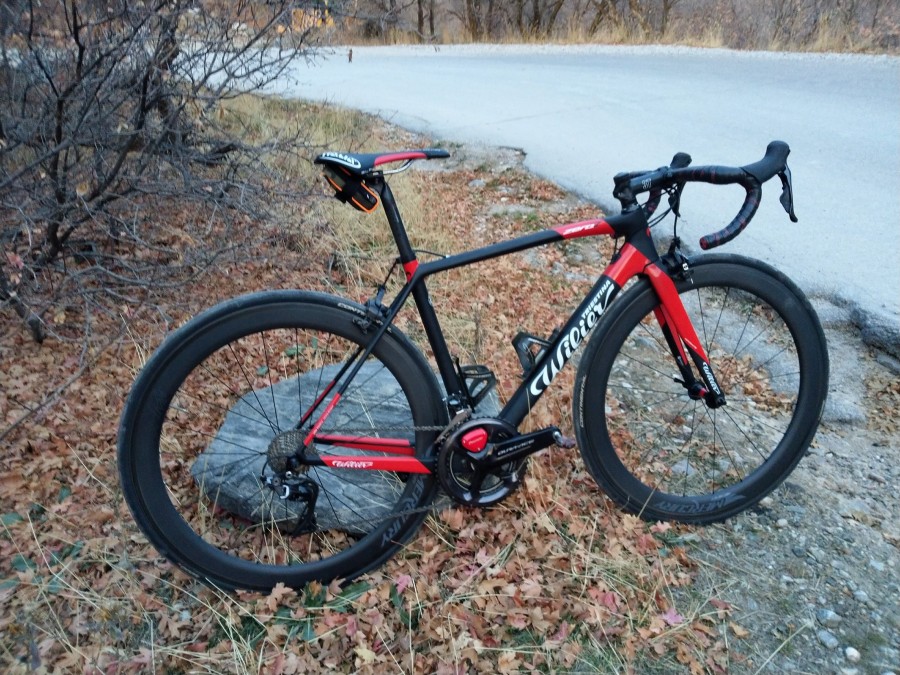