We’re excited that Wahoo is bringing back the Speedplay Pedals, and at the top of our list is the new edition of the Speedplay Zero. They're are already known as one of the winningest pedals on the planet, and with the new updates, we reckon they’ll be one of the longest-lasting too. We’ll throw the new Zero on our race bikes, hoping to channel a bit of that Alp de’ Huez power on the next gradient uptick.

Better than the Speedplay versions

I had Speedplay Zero's about 2 years ago and hated them because the engagement was so difficult. I ended up giving them away. Since the Wahoo acquisition I decided to give them a try again. I have found the newer updated contact ring to be a big improvement over the original design. The cleat spring expands over the pedal body much easier than before. I have always liked the adjustable float with these pedals. Unlike other comments regarding the cleat setup I found them to be quite easy to mount and adjust. I have not had to use any lubricant on the spring. As far as riding with them they are no better or worst than my other pedals which are Shimano DuraAce, Time XPro12 and Look Keo Blades. I would buy them again.

Why the hate it’s perfectly good.

These new Wahoo Speedplay pedals use the same cleats as before, come with a set of aero walkable cleats, and now have a much better (less likely to wear out) contact system. The integral o-ring won’t pop out like the old ones and the bearings spin well. Otherwise they have the same pro/con as the old ones. The cleats take some time to set up correctly and you need to periodically adjust them and reset the screws to maintain proper tension. Float is excellent and I think they are about the same clip tension as the old “lite action” units.

I’m a multi-sport athlete and buy a lot of gear. This is by far the worst product I’ve ever bought for cycling. Setup is a nightmare despite the detailed instructions and requires no fewer than 14 screws and 12 different pieces. If you’re thinking it will be worth it to have pedals with the ‘ease’ of double sided entry you’d be wrong- these are the hardest pedals to clip into and out of. I’m normally a big fan of Wahoo products and all the news and reviews had me thinking they improved on what many claimed was a good product. Don’t believe the Wahoo marketing hype and slick promotions. Shimano SPD-SL cleats and pedals are superior in every single way. So save yourself the hassle and disappointment and don’t add Speedplay to your shopping cart.

I told everyone who would listen do not expect these pedals to be a winner. Wahoo for one offers no replacement parts to rebuild the pedals, and the pedals and bearings can not be serviced by the user. Wahoo just claims they’ll last a long time, whatever that means. Sorry, but bearings wear out, and the way these pedals are designed (just like the original Speedplays) the metal bow ties in particular wear out after about a season of use, and then the pedals just rock back and forth over the cleat. Wahoo added metal to the bow ties to make them completely surround the pedal body. The problem is that was done just for aesthetics sake because where they added additional metal by fully surrounding the pedal body does nothing to prevent the edges of the metal from wearing out. No big surprise that set up is a mess as well, and clipping in and out is not easy. Speedplay knew what they were doing with that product. A product that had been refined by them over many years. Wahoo tried to come in and make the product (a product they clearly never really understood) prettier, with slicker packaging, but with not one serious engineering improvement over the old Speedplays. And if you think completely non-serviceable bearings is an improvement I have a cheap bridge I’ll sell you at a great price. The Brooklyn Bridge. 😆 Of course the result is that it’s not a better product despite Wahoo’s paid BS artists posting their “marketing” fake reviews about how great these pedals are on YouTube, etc… Like most other Wahoo products these pedals are mostly about slick marketing packages and appearances first, and solid engineering second or even 3rd. LOL

I've been a Speedplay fan for years, so I was looking forward to trying out the new, Wahoo version ( they had me at "no more grease gun!"). At first everything looked great - much improved packaging/instructions, clean pedal design, all-black cleats, etc. But something seemed off as soon as I began using them. My feet felt like they were constantly moving around on the pedals (almost like the cleats had a loose grip on the pedal) and there was some pretty serious clicking under any kind of load. Spent a couple hours adjusting, cleaning, re-adjusting, and torque-speccing the cleats with no success. Turns out it was actually the pedal itself that was loose on the spindle. There was at leas a couple mm of side-to-side travel on both pedals. This was something I had never seen before on any of my previous Speedplays. Contacted Wahoo about the issue. After sending several pictures and videos of the issue, they told me to stop using the pedals "immediately" and send them back. I asked multiple times what the problem was, and if it was a common issue, but they avoided the question each time. It almost felt like they were trying to hide something. No idea if this is actually the case but was definitely a little disconcerting. Again, I have been a Speedplay fan for a long time, so hopefully this is just a one-off issue and the replacements will be fine. I very rarely ever leave reviews but I thought this was worth sharing.

Thank you Tyler for your honest feedback … I tried Speedplay several years ago and I loved them BUT the cleats get dirt in them…. the screws to attach them have to be tightened just right or it will bend and when you unclip and put your foot down you slide on pavement! Love the idea but “ no thanks”. And Why would CC recommend/pick them?

If you are having problems with screw tension, it is an indication that you do not have the proper shims installed. You need to match the shoe curvature so that the mechanism stays flat when the screws are tight. If you are relying on leaving the screws loose to keep from bending it, you are going to be unhappy. To Scoop below. I was referring to Isaac when he said that unless you tighten the screws right the cleats bend. Tyler's problem is clearly a bearing retention or failure issue, and Wahoo is afraid the body would slide off the spindle and cause an accident and perhaps lawsuit. I have used Speedplays forever. I don't grease them often and the ones I have on my bike now have tens of thousands of miles on them. Because of the size constraints, I am skeptical that the bearings are going to hold up well. I am going to keep riding what I have for a few more years.

Thanks for the honest appraisal; good to know. I'm in the same boat: nothing but Speedplay for 15-16 years; tens of thousands of nearly trouble-free miles (contrary to other evaluations, even with dirt, rain, etc. involved). I wouldn't dream of using anything else. The Wahoo buy-out seemed a little ominous, despite the hype. Now I am now definitely in 'wait-and-see' mode re: whether to buy a new set of pedals. Let's hope that they'll work the bugs out. As for the adjustment/set-up being the reason for your issues: I doubt it. Many people complain about how tough initial set-up is with Speedplay. Figuring out the shims is not rocket science and it takes about five minutes. As a long-standing Speedplay user, I'm sure that you had all that dialed-in. The fact that Wahoo told you to cease using them immediately tells me that something ain't right on the manufacturing end.

Q1: what is the weight difference between the Wahoo Speedplay Nano and Zero models? Q2: Will the old Speedplay cleats work with the new pedals or is the cleat design changed? Q3: With the new sealed bearing design, do the pedals need to be serviced with new grease every year? If so, is this easily done by the user as done with the older Speedplay pedals?

Do these come with the cleat? 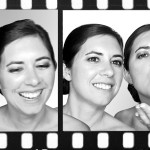