Keep both your babies pristine.

Designed to keep your bike frame pristine and your car's paint clean, the Thule Raceway Pro Platform 2 Bike Rack makes transporting your carbon steeds easy. Thule's FitDial system ensures a secure fit with your sedan or hatchback, while molded rubber pads grab hold without scratching your car at the connection points. SureTight ratcheting locking cables enhance the security of the rack to your car and prevent the rack from swaying while you drive. Adjustable wheel trays adjust to your bike's wheel base, and the lockable bike clamps fitted with RoadDampening technology secure the bikes while taking the shock of the road. When the rack is not in use, it can be easily folded up for flat, low-profile storing.

Be Wary of This Product

I ordered this several months back but have just now decided to write a review. As Dianne said, i too ordered a new product and received what appeared to be a used product, TWICE. First one was defective and the second was actually broken. Customer support was really great to me though so after a few hiccups, i finally got a functioning rack. Now on to the rack itself. For a $400+ rack, this thing is actually pretty flimsy and cheap in some areas. Looks really easy to break. If you are looking to buy this product, be wary. I used this on my BRZ for a 4 hour round trip and the rack actually damaged my car. The weight and heat from the base of the rack on the bumper where it sat actually flexed the plastic of my bumper. Now it has a shallow indention about a foot long across where the rack sat. The weight of it also put too much stress on the hinges of my trunk and the part of the trunk that meets the windshield was pulled up about an inch higher than it was supposed to be. Even after removing the rack, that part of the trunk was still raised. Luckily i was able to press down on both sides of the trunk by the hinges, and it returned to almost flush like it was supposed to be. But still, that was a lot of stress on the trunk. I would not recommend this product, especially if you have a car similar to mine. This is just my experience with this product so it might be different on other vehicles. But it’s safe to say that I will never use this product again.

So unhappy with Backcountry. They sent me product that was installed, used, and missing pieces. I paid for new product and even overnight delivery. The box was clearly beat up and open. How can their shipping department ever let this out of their doors.

What's the main advantage of this platform rack compared to the pro? There's a $100 difference. Will use rack to carry a carbon full suspension bike. Thanks. 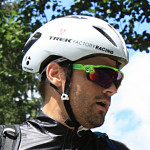 This kind of rack does not use your bike frame as a clamp/attach point. Some people don't want anything attaching directly to the frame during transport. My buddy has a platform rack that mounts to a hitch. They work great.