Why We Like The Flux S Smart Direct Drive Trainer

Though it doesn't boast the eye-popping specs of Tacx's Flux 2 and Neo 2 models, the Flux S Smart Direct Drive Trainer has all the capabilities that most cyclists will require for off-season training. Its watts ceiling, simulated incline, and accuracy are all lower than the more expensive models listed above, but it's still able to reproduce pretty much any conditions you could want. It tops off at 10% inclines, but real-world climbs like Alpe d'Huez do, too, with the famed ascent only hitting 11% for a kilometer or so. The Flux S also provides up to 1,500 watts of resistance, which is admittedly lower than the Flux 2 (2,000 watts) and Neo 2 (2,200 watts), but still more than enough to get the job done for most riders.

The Flux S also features all the functionality you'd expect from a smart trainer, including ANT+ and Bluetooth connectivity to apps ranging from Tacx's own software to heavy hitters like Zwift, TrainerRoad, Sufferfest, and Strava. If you're not into the social or virtual training modes, though, the Flux S is smart enough to function in a vacuum. When used without a device and training app, the Flux S provides a progressive resistance curve to match the effort you're putting out and mimic the experience of riding on a flat road—no additional software or setup required.

Please note that some disc brake frames may have clearance issues on the Flux S Smart. A spacer is available directly through Tacx, if needed.

used for 3 weeks and haven't had any issues, put 202 miles on it so far very happy with this unit Tacx has had many issues with this model in the past and have made many improvements and software upgrades so if your willing to take the chance give it a try great for a rookie rider

I have a specialized Roubaix 2021 sport with 142mm clearance to I need a through axle adapter? 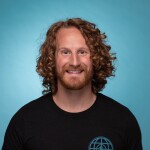 Hey David! Tacx does provide end caps to allow you use a through axle on the trainer.

Not so quiet at certain levels

Familiarity:
I've put it through the wringer
Height
6` 1"
Weight
200 lbs

This is overall an okay trainer, but when using it at medium intensity there is a resonant frequency that causes my bike to rattle, and annoys my downstairs neighbors. I have to amp it up and maintain a higher than comfortable cadence to get it to stop. I have been through countless conversations and videos with Tacx support, and at one point they sent a replacement, but the replacement was far more defective than my unit and was producing knocking noises. Had I known my warranty was essentially worthless under these circumstances, I never would have purchased this. As such I will be going with a different brand next time.

Does this come with thru-axle adapters?

Hi Ryan, excellent question no this does not come with a thru axle adapter. In order for this trainer to work with thru axle bikes you will need to add Item SKU TAC002S. There are two variants one is for 10mm the other for 12mm 142/148 axles, be sure to choose the correct one for your bike.

Had this for about a month, and so far so good. I went with the gut and decided against any other smart trainer since Tacx is known for their turbos. Been riding nearly everyday on this. Price is definitely worth the return on investment. I’ve ridden rollers and the standard fluid trainers, but direct mount is out of this world. Highly recommend to anyone who is genially motivated to train inside.

Does it come fitted with cassette?

Hi Oliver, excellent question as the pictured supplied to us is a little misleading. It does not come with a cassette. It is however compatible with Shimano/SRAM cassettes from 9- to 11-speed. If you reach out to a Gearhead or myself we can run this through the shop and have a cassette installed (no cost for installation)

does it come fitted with a cassette or do you need to purchase and install one yourself?

Hi Dennis, excellent question as the pictured supplied to us is a little misleading. It does not come with a cassette. It is however compatible with Shimano/SRAM cassettes from 9- to 11-speed. If you reach out to a Gearhead or myself we can run this through the shop and have a cassette installed (no cost for installation)

After a second winter on the Kickr Snap, I decided to splurge on a direct-drive trainer, and I decided to look into Tacx's take on entry level wheel-off units. After the first couple of rides, I'm impressed. Solid build quality, relatively quiet operation, and helpful startup manual make for a win in my book. Look for an in depth review soon! Important note, Tacx does not include a thru-axle adapter. Check out item TAC002S to get your disc-brake equipped bike all set up!