Sugoi is famous for packing loads of useful technology into its consistently affordable offerings. Evolution bib shorts are a perfect example of how Sugoi earned this reputation. The Evolution has been evolving for years, and this latest edition is the best yet.

The Evolution bibs made their name by being more than just a comfortable chamois supported by breathable fabrics. This latest generation of the bibs employs the latest version of Sugoi's EvoPlus fabric, a highly stretchable polyester and spandex blend that also provides a compressive effect for supporting the muscles and fighting their fatigue. No fewer than eight fabric panels, combined with flatlock seams, serve up a precise and incredibly comfortable fit. Inside, the excellent RC Pro chamois can still be found, which balances the jobs of evacuating moisture from your skin while also supporting your sit bones and relieving your soft tissue of the unneeded pressure that can ruin longer rides.

How to Measure:
For best results, take measurements over your underwear.
Chest:
Measure under your arms, around the fullest part of your chest.
Natural Waist:
Measure around your natural waistline, keeping the tape a bit loose.
Hip:
Measure around the fullest part of your body at the top of your legs.
Inseam:
Using pants that fit well, measure the crotch seam to the bottom of the leg.

Raw-cut lycra not completely around edge

Great compression bibs, the chamois is very comfortable on the saddle, the only complain is that the raw-cut lycra is not all around the leg, the inside part of the leg is the classic stitching, this stitching is thick and it might bother your skin if you are used to a fully raw-cut lycra.

One of the best

Very comfortable and great fit. I use it for my long rides on the saddle.

Bought these a month ago and have been using them nearly every day. The chamois and fit make them super comfortable much better than others I have. I like the way the grippers are done without a big hem.

Hello Guillermo, thank you for the review.

GREAT PRODUCT AT A COMPETITIVE PRICE

This is an awesome bib short. Extremely comfortable chamois. Perfect compression for those long rides. People complain about the Sugoi sticker coming off, which is true, but that doesn't really bother me. I care about comfort while riding, not showing a small sticker on it. I own other more expensive bib shorts such Assos T. Equippe, and I would buy this over the Assos, and I will be saving good money on top of that. Definitely Assos is just a well positioned and marketed brand, but honestly, its lack of comfort surprised me. These Sugoi short are a great purchase, and I also recommend any Giordana bib short. Although much more money that any Sugoi, but way better shorts than any Assos for the same money.

I purchased these bibs exactly 63 days ago. I have worn them about once a week for road rides from 20-60 miles using chamois cream. I purchased them to replace old bibs that I had worn for the same purpose for the previous 4 years and decided its probably time to replace. First, they don't show you a picture of the chamois, but it has two seems on the front of the chamois. I was concerned this would cause problems with rubbing, but actually it didn't. The bibs were very comfortable, fit appropriately, and did not cause any rubbing, chafing, or sores. So the second part is that now, about 8-9 weeks after purchasing, the seams on the chamois are pulling apart and these bibs likely wont be wearable in a few more rides when your junk tries to pop into the nice little pouch that has been created between the chamois and the outer material. Additionally there is slight texture on the outside of the bibs that has started to pill up from where my leg rubs the saddle. So, given that my previous bibs lasted 4 years and are still in one piece, I am quite disappointed that these have barely lasted 2 months. I give 2 stars instead of 1 because they were comfortable. 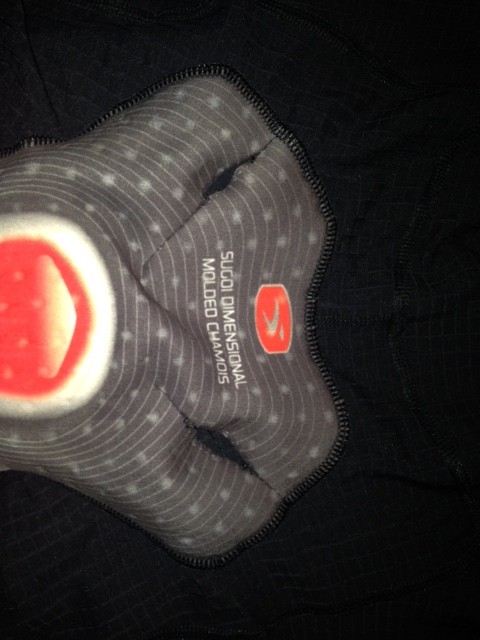 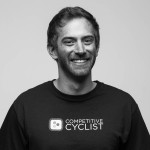 Hey Edward, Thanks for the review, this is very helpful! I will give you a call to see if there's a pair that may work out better for you. -Kody

Really liked them while they lasted

I went through a couple different pairs of bibs and competitive cyclist was great at being patient with that process. Back to the bibs, I really enjoyed the fit of these. They offered a decent amount of compression but were also comfortable. I've had other sugoi products and they always seem to offer the best bang for your buck. The pad is decent, thinner than the centuries but pretty much the same thickeness of the other more expensive options I've tried. The downside to these shorts comes down to the stitching. Right under the chamoi two small holes have been made after moderate use over the last couple months. They have also began to show other signs of fabric wear where the short rubs against the saddle. I would've expected these shorts to last longer to be honest. Not very pleased with the quality.