Coming straight from the World Cup cross country circuit, the XX1 Eagle AXS drivetrain is now available for us privateer racers and die-hard XC riders so we too can enjoy the low maintenance and crisp, reliable shifting of a wireless electronic drivetrain. The best part is that if you're featherweight race steed is already equipped with an Eagle 12-speed drivetrain, the XX1 Eagle AXS Upgrade Kit is all you need to make the switch to wireless shifting. The kit includes the XX1 Eagle AXS derailleur with battery, the Eagle AXS shifter (called the Controller by SRAM), and a battery charger. This means you can use your existing Eagle cranks, cassette, and chain to save considerable money compared to buying the groupset as a whole.

If you're reading this then you're probably debating why you should make the switch to electronic shifting. Doesn't that make my bike more complex and harder to maintain? The truth is, it's actually the opposite. AXS shifting removes the hassle of routing cables and housing through the frame, and you'll never have to worry about cable stretch or wear. This means crisp, responsive, consistent shifting that rarely needs any adjustments. You'll also enjoy a cleaner cockpit thanks to one less cable, and you can customize the buttons on the shifter to do exactly what you want. Setup is as simple as mounting the derailleur and setting limit screws, installing the shifter, and then powering on the system and pairing the two.

If you're concerned about the durability of the Eagle XX1 AXS system, don't be. Compared to mechanical Eagle groupsets, the Eagle AXS derailleur has been contoured around the frame design a bit more. This translates to increased chain wrap, which improves both load distribution and durability, reducing wear and tear on your chain and cassette for better longevity of components. Dually, this new positioning offers a whole 10-millimeters of increased clearance over mechanical Eagle rear derailleurs, meaning your less likely to bash it on a rock or encroaching root. If you do smack your derailleur against something, there's a special Overload clutch that disengages the motor in the event of an impact, allowing the derailleur to move whichever direction it needs to in order to protect the internal motor. As soon as the impact is over, the derailleur automatically reengages and shifts back to where you were, without skipping a beat. This built in protection gives you some serious peace of mind when you’re dropping big dollars on a groupset.

An ever-critical question with mechanical groupsets is battery life. All day epics packed with steep climbs and rowdy descents mean a whole lot of shifting, and can be trying on a battery, but SRAM is confident that the derailleur can run for 25+ hours from a single charge. The battery is removable, so you don’t have to bring your steed into your living room to plug it in, you can simply pop the battery off of the back, and bring it in to be charged easily with a USB device. SRAM’s AXS battery remains the same from its derailleur to RockShox Reverb AXS dropper post, so if you’re sporting both on your bike you can swap the batteries around, should one run out of juice before the other. In the front, the shifter runs off of a single watch battery, and claims to have over a year of life from a single battery, keeping maintenance low.

When things get wet we can get weary of electronics, but the Eagle AXS groupset is built with seals designed to keep things working flawlessly, whether you’re booking it across a lofty stream of snow melt, or get caught in torrential downpour at the summit. With that said, much like any other components, we don’t recommend hitting it with a jet stream to wash it, as you may be able to damage the seals.

With the small price difference between SRAM’s XX1 and XO1 Eagle AXS Upgrade Kits, you’re likely wondering what the difference may be. While on SRAM’s mechanical groupset line you found a slight difference in performance between the two, and a major weight difference, on the AXS side of things you’ll find that the two derailleurs perform equally. The difference you will find is in weight. SRAM’s X01 Eagle AXS group is built more robustly, holding up to more demanding terrain and trying conditions, and as such it’s got a few extra grams above the XX1 model, which is designed to dominate the cross country race scene with it's featherweight carbon derailleur cage and titanium hardware. Despite the addition of batteries, both the X01 and XX1 AXS groupsets weigh less the traditional mechanical Eagle groupsets.

What year is this upgrade kit

I had been debating for a while on whether or not I wanted to make the upgrade to AXS, I eventually caved in and made one of the best purchases I have made for my bike. My setup now looks like this, -XX1 AXS Rear Derailleur -X01 Eagle XG1295 12 Speed Cassette, -XX1 Eagle 12 Speed Chain (Black) -SRAM Eagle 32T Chainring 3mm Offset The Upgrade from my old mechanical shifter took less time to do than changing out a regular shift cable. It took 10 minutes to uninstall the X01 Shifter and cable, Install the new derailleur and set the limit screws. The Shifting is really reliable, very accurate, The controller (shifter) only takes a couple of minutes to get used to and after that, it is second nature, there is a button on the back next to the brake lever, I like to call it the sprint button when you are cruising downhill you can just nudge the sprint button to drop some gears and just disappear! Couple things to note, -Make sure the battery is fully charged before initial use, -Use the included AXS tool to set the B Screw adjustment, -Have fun zipping around with effortless and smooth shifting of AXS Eagle! 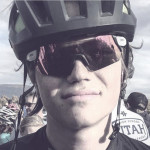 Can you use a XX1 11 speed chain ring/crank with the eagle 12 speed chain and eagle axs derailleur?

hate that I really love it

Had a chance to install and ride so here are my initial impressions. I hate that I really love it, yea really, I kind of didn't want to. I didn't want to love electronic shifting on a mtb, I mean come on, it's a mtb. but it was easy to install, and easy to tune, and I'm no master mechanic. I've ridden hard and even raced for a few weeks now and it's been fantastic. fast, crisp shifting. it did take a little getting used to the different feel to shift but after a ride your brain gets it down. It is expensive, agreed, but if you are spending as much on your mtb as you do on your car whats a little extra to get the best.

Can you use the Eagle 12-Speed Cassette with this upgrade kit? Or do you have to use the new AXS Cassette?

You can use a normal Eagle cassette.