We've been there before — anxiously wondering if the upgrade to our bike will pass on to its next in line, hoping that we're not shelling out our hard earned money on a new crankset that will be rendered obsolete in a years' time. We're under the impression that the designers at SRAM have also been there, which is why they've crafted up the DUB Pressfit BB92 Bottom Bracket. This bottom bracket presses neatly into your BB92 bike, and pairs up with a SRAM DUB crank to move seamlessly through the years to come. SRAM's new DUB cranks come consistently with the same size axle, meaning there's no more fighting between 30 and 24-millimeter spindles, and no more awkward adapters needed for running the crank you want. Instead, they've crafted bottom brackets to work with virtually all current standards, all pairing up perfectly so you can keep your DUB crank running for years.

We're fans of SRAM's new take on bottom brackets, straying away from the never ending dilemma of shell standard compatibility, and instead looking to the bottom crank itself to transcend one bottom bracket to another. This is achieved by using a standard inner bottom bracket bearing diameter of 28.99-millimeters for stiff power when paired with a SRAM DUB Crank, but placing the bearings in a variety of bottom bracket sleeves to pair with any current bottom bracket standard on the market. This means there's no more stressing between whether a PF30 and GXP crank will work for you — instead, you can rest assured that there's a DUB bottom bracket out there for your current bike, and your future bikes, so you can keep your dream crankset running with you for years to come.

This does what a solid BB is supposed to do. Easy to install, smooth, quiet and reliable. 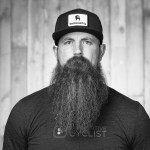 Not What You'd Expect

We know that the DUB bottom bracket is designed to be stiff, but what was surprising was how smooth and efficient the bearings inside are. I didn't expect the bearings to be as low friction as they actually are. With a moderate push I was able to get 2 1/2 rotations out of it, when it's Shimano counterpart had gotten a little over a full rotation. It's a solid choice for anyone wanting to experience DUB without having a bearing that's going to cost a ton for marginal gains.

well built as expected from Sram and is a breeze to put together with eagle. Runs smooth and no issues on the two I've been running so giving it a thumbs up.

I have about 100 miles on mine so far. Smooth, quiet, EASY install.