We would never think of riding a mountain or gravel bike that wasn't shod with tubeless tires. The ability to run lower pressures and the increased flat prevention can't go unnoticed. While it's been a little bit slower to catch on with the road set, more road tubeless tires are currently available, and the technology, materials, and reliability have vastly improved. Shimano has been on the forefront of road tubeless know-how from the get-go and the Japanese bicycle component manufacture has been delivering tubeless road wheel options for over a decade. The durable Ultegra-level WH-RS500 wheelset adds to Shimano's current lineup and brings road tubeless to the masses is weighing in at just 1649 grams and built for rim brake use.

Docking a Star Because Of The Valve Stem

Seriously Shimano. Removable cores. Like, yesterday. Other than that, a good product at a decent price like most Shimano components.

These are a great pair of wheels as they are not super light race wheels but they are durable. This means you can go out and train and know your ride won't be interrupted by a mechanical, then when you switch to race wheels, you feel like you are zooming. The tubeless set up is awesome for training as you can get the best protection from flatting. I haven't used these much outside and can't wait to get more data when the weather turns.

Awesome wheelset for the money!

I bought these wheels to replace a set of Mavics that cost twice as much. I like these better for several reasons, mainly price. They feel smooth, fast, and they're tubeless so you can't go wrong. They're probably lighter than your stock wheels too! I also paired them with the Schwalbe Pro One tubeless tires and no issues. Shimano quality at a great price! My only complaint is the valve core is not removable on the stems.

I used these wheels on a BMC Grandfondo gf02. They ride smooth and are fairly light weight for how much they cost. They come tubeless ready and are easy to setup.

Tubeless on the Road!

I got a new bike and on my first ride I got a pinch flat. So the first thing I did was get this wheelset. I was already interested in tubeless because I like to do some dirt road riding occasionally. After putting these wheels on I immediately saw a 1-2 mph increase in speed, due to the less rolling resistance compared to the stock wheelset that came on my synapse. Also the fact these wheels came completely set up for tubeless was super nice. I got a pair of Zipp tubeless-ready tires and they mounted fairly well but I had to use an air compressor to mount the tires, but it was fairly easy. The only complaint that I have about these wheels is that the interior part of the presta valve is not removable, which makes putting sealant in the tires a bit harder.

I took these wheels out on their maiden voyage yesterday, and overall they performed well. This was a tough loop with cattle guards, dirt roads, poorly maintained pavement, and 4800 feet of climbing over 40 miles. These handled everything unflinchingly with one major exception. Coming down the major descent, these overheated the nearly the moment I'd touch my brakes. It didn't matter how fast or slow I was going, if I tried to come to a stop these got hot and refused to continue slowing. I have run this exact same setup with a different wheelset and never had this issue this bad. I don't know if I can keep these unless there is some setup modification which will help alleviate this. Ended up having to stop and wait for then to cool several times during the descent. Update: One thing i noticed out of the box was that the front hub (yes i mean front hub) seem to be surprisingly loud. a bit of a "shhh" sound came from the hub when I spun it. I made sure nothing was rubbing (e.g. brakes), figured it was nothing and have been riding them since without issue. However, after i put a drop of lube on each side i noticed that the hubs are not round. There is a visible wobble in the hub body itself. That seems sub-optimal.

Purchased the RS500 wheelset on sale at Backcounty in early September and admit to being a bit leary that Shimano was offering it's newest iteration of the Ultegra alloy wheel at this price point. A unique an interesting design eliminates spoke holes in the rim bed so no tape or strips required. The hubs I was sure would be the weak link...not hardly. Smooth as silk and surprisingly quiet Shimano incorporates traditional ball bearing and cup design so servicing compared to removing a press fit sealed bearing is simple and straightforward. Like the other reviewer I chose the Schwalbe Pro One tubeless tires in 25mm and yes mounting takes a little effort but soaping the rims before hand made quick work of it. I like to inflate a new tire to 8-8.5 bar and let it sit on the rim for 24-36 hours before I take it out and was very surprised that both front and rear held full pressure without sealant though doing so would negate one of the main advantages of running tubeless..so don't. I have two road bikes I ride regularly and the RS500 at 90 psi mounted on my 2012 Trek Gary Fisher is the go too for training in the large, hilly urban park close to where I live. I've banged these around now for about 500 miles and they remain true as the day they came out of the box. I'm a muscular 200 lb performance cyclist and very impressed how quickly these wheels accelerate, climb and hold a line in fast descents and corners. Overall at this price I don't know that you could make a better choice. Highly recommended.

Do they come with a spacer for 9 speed? 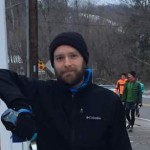 Compatible with 11-speed drivetrains, or 9- and 10-speed with included spacer

For MY18, Shimano has updated their Ultegra wheelset and renamed it RS-500, not to be confused with a previous lower level R500 wheelset which wasnt super nice. For an every day reliable, reasonably light wheelset at an excellent value, these are it. They are also tubeless ready, which I'd highly recommend trying. I am able to run a Schwalbe Pro One tubeless tire at pressures as low as 80 psi for a buttery smooth ride, and with sealant inside I have had no issues with flats. If you cant swing the money to go to carbon, I'd highly recommend these wheels as one of the better alloy options out there.

I own a pair of these mated to the same Schwalbe Pro One tubeless tires. I've been riding the RS500's for eight months and they have wildly exceeded my expectations to the extent I'll ride these instead of my pricey DT Swiss 45mil deep CF wheels on days where I climb and descent more. Fast and sure braking, Incredibly smooth, low rolling resistance, and no rear hub chatter. Shimano quality and engineering make this one of the best sub $500 wheelsets on the market. At the sale price they're unbeatable. Buy them, you won't regret it.