Sitting just below the SH-XC9 as Shimano's top dog off-road shoe, the SH-XC7 Cycling Shoe receives many of the features from its top-tier sibling, giving it universal acclaim, but brings it more into reach for those of us trying to keep a budget. The XC7 is a race-ready shoe using a carbon-reinforced midsole to drop weight and improve pedaling efficiency. It registers at a 9 out of 12 on Shimano's outsole stiffness scale, only surpassed by the XC9 S-Phyre on the off-road scale where it sits at an 11 out of 12. For most of us, that’s plenty stiff for race efforts with a touch more forgiveness for off the bike exploits like steep run-ups or scrambling over rocky creek beds.

Though it's not as stiff as the S-Phyre, the XC7 does feature a more robust complement of lugs, so it's better suited for barrier hopping or during hike-a-bike efforts. The rubberized outsole also includes toe spike mounts for days when not even the lugs are enough and you need to cut through the muck. The compound comes from the rubber experts at Michelin. Michelin uses two different durometers throughout the sole, targeting different qualities of grip and durability depending on how the lugs will contact the ground—just like with the brand's tires.

Shimano builds the last with its unique Dynalast construction, a design that increases pedal efficiency by a claimed 0.56% on each stroke. While that doesn't seem like much at first, any cyclist who's ridden for longer than two hours understands the importance of marginal gains like this. They can be the difference between finishing at the front or struggling to hang on. Dynalast involves lowering the toe-spring and heel section in relation to the arch and metatarsal areas to create an optimal pedaling angle on either side of the up-swing to shorten inefficient dead spots.

The upper is secured with dual BOA L6 dials, letting you quickly dial in the fit in micro-tension increments for the same level of comfort at the start of the ride as the last lap of a 24-hour solo endeavor. It envelopes your foot rather than simply strapping it down, creating more uniform support and further reducing pressure points.

I bought a pair for light road / gravel biking and like it a lot. Love the BOA system. The shoes are very comfortable (size 44, and I am 150lb). Highly recommended. I am using it on a Cervelo Caledonia

Familiarity:
I've used it once or twice and have initial impressions
Fit:
True to size
Size Bought
45
Height
5` 11"
Weight
190 lbs

I have pretty standard feet (so usually I have no problem buying footwear online). My both feet are 271 mm long and I found size 45 (10.5/285) fits them perfect (I did tried size 44 and they were snug). I have used these shoes a couple of time for 1 hr+ indoor rides and did not notice any problems.

Love these shoes. Super comfortable with the BOA system. I didn’t have any issues with the tongue that other reviews mention. I did a 6 hour MTB race a couple weeks ago with over 6000 feet of climbing and the shoes were comfortable the whole time.

I was hesitant to buy these based off reviews concerning the top strap, but I've always liked Shimano shoes and I liked all of the other aspects of this particular shoe so I decided to give it a try. I figured worst case I could cut the top strap and make it work. I ordered a half size larger than my street shoe, plenty of room in the toes and the width is perfect. I've had the shoes now for a few weeks and have put about 400 miles on them. I do notice the top strap hitting the tendon while riding, but it hasn't caused me any issues. Ventilation is good, stiff soles are great for pedaling and shoes are easy to walk around in, feels like a great compromise between super stiff XC racing and all mountain shoes. The BOA system works great for me, provides uniform pressure for my feet, easy to snug up or loosen while riding. Shimano definitely could do better on the top strap design and I can see where this will cause issues for some people, but for me it really has not been an issue. I think it would be very easy to modify the strap if needed, and I don't think it would impact the integrity of the shoe. Overall, I am glad I went with this shoe.

Almost great but one major flaw

Familiarity:
I returned this product before using it
Fit:
True to size
Size Bought
45

I've had several pairs of Shimano cycling shoes over the years and they are great. They always fit true to size (10.5 US shoe size equals 45), and they last over the years. The XC7 has a great dual boa system, durable bottom, and wraps around the foot for a nice fit when first on the foot. The rub (no pun intended), is that the upper strap that contains the second boa literally cuts into the top of the ankle. There is no padding between the strap and your skin, which makes the shoe very uncomfortable when leaning forward into the shoe (such as anytime you are climbing out of the saddle). It's unfortunate that Shimano has this design flaw, since both its higher end XC9 model, and the lower end XC5 have a padded lip where the strap meets the top of the foot/ankle. I have the 2019 road version of these shoes (RC7), and though it also lacks padding on the upper strap, the strap itself is stitched rather than laminated, so it gives more against the ankle when pressed against it and doesn't present the same level of discomfort. Other than this issue, its a great shoe. Given that the lower (XC5) and higher (XC9) models have padding, Shimano hopefully will fix this issue with the next model.

I do not normally write reviews, but felt that I needed to for this purchase. I was somewhat reluctant to buy these shoes because there were several reviews on this site that were unfavorable. I cannot speak for others, shoe fit is a personal thing, but I have found these shoes to be near perfect. I have been using in training, but waited until after my first cx race using them to post. It was very muddy race and required a lot of running each lap. These shoes were exactly what i had hoped for and more. Just enough flex, but stiff enough when pedaling. They fit perfectly and i would say they feel like wearing slippers! Absolutely love them! Clean up was a breeze too, just pulled out the inserts and hosed out all the mud.

My go to shoe for the last 5-6 years have been Giros. So, I was a bit skeptical to try these. But, I liked the features and price and took a flyer. After strapping these on, I was elated at the fit. It felt like they were made for my long, flat, narrow feet. However, the fit wasn't perfect. The arch support in the footbed doesn't run flush to the side of the shoe. It created a lip that my flat foot would press over and create a pronounced pressure point. I tried several other insoles (Giro, Superfeet) to no avail. I even cut out a bit of sole and wedged it between the footbed and the side, to create a bolster for my non-existent arch. I thought I could deal with it during a couple break-in rides but it made one foot asleep and created soreness the next day. I am very bummed to have to send these back. Except for that footbed, it is a damned near perfect fit. 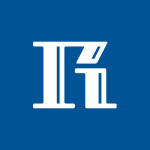 Top of the foot!

There is a seam that runs across the knuckles on your toes that rubs on some types of foot. I couldn't wear them for a full ride. They wore and rubbed that area raw. I'm sure you could build up the callous on this area and the shoe would work since the rest of it is very comfortable, but just not for me.

Does anyone know if theres a little more room in the toe box than last years model? It looks like a slightly different design that might give a bit more room around the big toe (my only issue with last years).

Hey Brooke! I reached out to our bike team and here's the answer I got: " I don't think the toe box changed this year, the upper fabric is more comfortable though without the lower strap so it still may work better".

I was excited to try this shoe

but surprised to find how little padding was on the forefoot strap. When the Boa on the strap is tightened the edge of the strap cuts in to the tendons on the top of the foot. This happens on both feet. If you look at the Shimano XC-9 design you will see padding on the part of the shoe that digs in to the tendons. My Specialized shoes have padding in this area as well. Sad to see that this design flaw made it all the way into production.

I agree w/ this review. I think I'm going to cut the strap a bit; it just flat out comes to far up the foot and digs in.

I agree with fietsrider and Richard W. BTW Richard W, how did cutting the strap work out?

I also agree. Everything about the shoe is great for me except for that stupid flat strap with no padding cuts into the top of my foot as well. it would be ok if the tongue came up higher. I might cut a small amount of the strap off with an exacto blade. 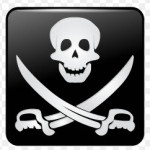 Ugh, wish I had seen this review before I ordered. I also have this same problem. After a recent 3 hour ride I now have a blister on the top of my foot where this strap rubs!

Interested to hear if anyone ever cut the strap? I have the same problem with it cutting into the tendon and I need to know if this would be a viable solution before I send them back. Thanks in advance!

I ended up cutting the strap to make it work because I used it before I figured out the problem. It should have the XC9 setup. In the end that did fix it although I still have problems if the cleat is too far forward being able to clip in and had to do some grinding with a Dremel. Lots of changes on $200+ show, so would not recommend it.

I have the same problem with this shoe, digs into the tendons on top of the foot. I did cut the strap with a razor. The material holds up well to cutting, it doesn't fray. This did stop the problem for me, after cutting more than I had thought I would need. It did work, I have worn them for multiple 30+ mile rides. They are otherwise a comfortable shoe. If you have them already, I would cut the strap, but its hard to recommend them.