Why We Like The Centerlock to 6-Bolt Rotor Adapter

Shimano's Centerlock to 6-Bolt Disc Rotor Adapter is a pretty straightforward article. It slides onto the centerlock mount on your hubs, leaving an interface to mount a six-bolt rotor. It includes a six-bolt washer, a lockring, and a circle clip to secure the conversion, and a standard Shimano lockring tool is all you need to install it. It's a home mechanic's job, but note that each kit only adapts one centerlock hub, so you'll need two for an entire bike.

My wife’s Felt all-road has Ultegra DBs with Avid 6-bolt rotors on Stan’s Grail hubs. So, this adapter will allow CL Shimano rotors? I’m new to DBs, so I want to get this right! Thanks!!!

An elegant solution for one-piece rotors

I bought this to convert my Shimano XT centerlock hubs and make them 6-bolt compatible since I already had 6-bolt rotors. This product is extremely easy to install, and they stay secure. It doesn't seem to significantly affect rotor location as I didn't have to adjust my caliper very much after installation. I used with standard, one-piece rotors without issue. As mentioned below, this will not likely work with two-piece rotors. The price is hard to beat, and shipping was quick. Thanks Backcountry!

I'm sure these would work perfectly fine for standard one-piece or other compatible rotors, however they are not compatible with my Sram Centerline two piece rotors. The adapter's flange face measures ~2.228" at the widest point. The rotors have a recessed mating face of ~2.175" so it isn't possible for the two to sit flush. Another thing to note: this adapter didn't quite work in the manner I hoped. I was looking for an adapter that kept the rotor bolts exposed, allowing the rotors to be swapped in the field easily with a T25 rather than lockring tool/wrench. That's not how this adapter works. I don't think what I'm specifically looking for exists so I'll probably need to find an alternate solution like a pocket lockring remover tool.

I have a Scott genius with centerlock Shimano SLX brakes. I'm planning to put a new rear wheel, likely the Race Face Aeffect SL 24mm, which is a 6-bolt. Will this converter enable me to use my existing rotors on the new rear wheel?

Have 6 bolt rotors and need them to be centerlock? This will do the trick for you at a cost effective price.

Related to the previous review-- are there any centerlock to 6-bolt adapters that work with RT-86 and RT-76 (w/ aluminum spiders)?

I would also like to acquire this information. Have you found a solution?

Broke a wheel, so I ended up getting a new wheelset with centerlock hubs. I thought I'd save some money and try these. I couldn't get this thing to work on my XT icetech rotors. The rotor alignment was all off once i put my wheels back on. I tried every assembly variation I could come up with. Spend the extra $ and just upgrade to centerlock rotors. 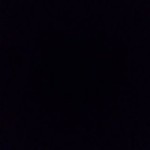 Its not an error. These adapters do not work with aluminum spiders found on higher-end rotors. CC should really have not left that out of the product description: "Due to the aluminum spider SM-RTAD10 & SM-RTAD05 cannot be used with Shimano RT86 or RT76 6-bolt rotors"

no user error - i had a bolt head round out from this kit. i was using a Bikehand torque wrench, and it was the last of 12 needed to secure 6-bolt rotors to a CLD hub front and rear. i knew i was screwed and when the lock ring rubbed on the fork, i prayed i could remove the rotors and not lose the entire wheel in the process. i am a lifelong Shimano fan but with TRP rotors and brakes on Shimano hubs, this kit was a bust for me. and since the 160 6-bolt rotor is also permanently affixed to the kits washer and shim, i lose out on being able to return the kit or sell the extra 160mm rotor. all around loss of $$$ than had i just sucked it up an got lock rings and CLD rotors in the first place as my instincts were telling me to do.