Why We Like The Lyrik Ultimate 29in Boost Fork

The Lyric Ultimate represents the cream of the crop in RockShox enduro fork offerings, and updates to this generation start with the newly engineered Maxima Plush oil that reduces friction and improves smoothness in the stroke over previously used oils, improving seal lubrication. The seals themselves are also new, moving to a lower-friction design that's inspired by the motocross industry. RockShox also went with a new type of grease in the air chamber that lasts longer and wears better than the grease in years passed.

RockShox made the largest changes on the Lyrik in the damper. Now dubbed the Charger 2.1, the damper features tweaks to its high-speed compression damping to reduce harshness and altered the low-speed compression settings to make them much more usable—meaning you can run the highest amount of compression and still feel the benefits of a supple fork. The rebound circuit has been updated, allowing the fork to ride higher in its travel when you're rolling across brake bumps and chattery rock sections. The damper also received a new wear band around the main piston, which is designed to stop oil flowing around the piston to increase rebound damping control when traveling at low shaft speeds, which translates to improved traction.

RockShox crafts the Lyrik Ultimate with travel ranges from 150-to-180-millimeters, and with both 42mm and 51mm offsets, allowing you to pair up with your steed for perfect compatibility on the trail. 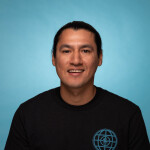 Hey Eric, Yes, that is correct these are the new 2021 versions