Blaze Your Own Trail.

Aggregate assaulting has morphed from a once niche discipline into a mainstream activity that has spawned quite a few gravel specific bikes. Folks wanting to ride in "road-like" conditions and avoid cars are finding the allure of riding bikes designed to excel on dirt roads. Ridley has long been a staple in the European cyclocross circuit and the pro peloton so they know a thing or two about riding and racing dropbar bikes on and offroad. A few tweaks to their road and cross racing bikes, which we will delve in below, turns out building a fine gravel frame and the Ridley X-Trail Carbon Frameset is ready to join you off pavement to embrace all manner of tarmac, gravel, and even some single track.

Despite its gravel intentions, it isn't a slow handling slouch and Ridley shapes the X-Trail's frame using ultralight unidirectional carbon, equipping the frame to offer quick accelerations and a stiff, responsive ride for everything from bikepacking weekend trips to off-road full gravel races. Subtly asymmetrical, the Oryx Disc fork is carefully reinforced on the left leg allowing it to more efficiently bear twisting forces applied by disc brakes, and with a 15 x 100mm thru axle in front and a 12 x 142mm in the rear, the frame achieves confidence-inspiring stiffness throughout.

As implied by the above, the X-Trail is a smorgasbord of frame geometries. The result resembles more of a road bike than a classic cyclocross bike like the X-Night; it has a lower bottom bracket, shorter chainstays, and a stack/reach combination that leaves riders in less of an aero is everything, slammed racing position. In contrast to its road racing frames, Ridley extends the X-Trail's head tube by 10mm, bringing the rider into a more upright position to accommodate longer training and touring rides rather than racing exclusively. It's only slightly more aggressive than the Fenix, in fact, but unlike its endurance road cousin, the X-Trail is designed to be run with tires up to 36mm wide on more rugged terrain.

Can comp cyclist build this with shimano grx groupset? I don’t see it in the drop down box.

Nice, but not quite as advertised

Beautiful frame. However, the measured wheelbase on the size small measures only 101.2 cm, not 102.9 cm as stated in the size chart. Because of this discrepancy, I have a toe overlap issue that would not have been present at 102.9 cm wheelbase. Hopefully it will not cause a crash while accelerating out of a tight corner. Also, the bike would be more stable if it actually had the 102.9 cm wheelbase. I would have purchased a different frame if I knew. 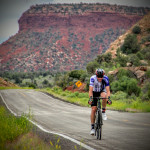 I bought a black Ridley X-Trail Force x1 a few years back and loved it, using it to ride the Nor Cal Grasshopper series (Old Caz, King Ridge Dirt Supreme, and most others), Bike Monkey's Livi's GF Panzer route and Fish Rock, and a bunch of other challenging things straddled what is possible on a road bike and mountain bike.

I had a bad crash and the handlebars put a crack in the top tube, so I looked around for a new frame and decided I liked the X-trail so much, I'd just buy it again, only this time in Blue-green/Orange because I'm so tired of black bikes (I don't know why it is called Blue Green, it looks like just blue to me and the color matches the pictures here well). My Gearhead Kyle helped my get it sorted out and it arrived in a few days. It is so gorgeous, I want to just hang it on the wall!

I'm super excited to build this one myself because I get to do things like shorten the brake and shifter hoses/cables (stock always come long to accommodate a range of fit but I run my stem slammed, so there's been extra). I'm adding a PNW dropper using the front derailleur cable routing to keep it internal, which will increase the weight a bit but make single track descents even better.

The only difference I can see so far is the older frame was a 15-100 front through axle and this new one is 12-100, so I had to get some DT Swiss end caps. If there are other differences, I can't tell, everything else looks the same.

If I had any complaints, it is that it won't fit as wide a tire as has become popular lately with 40mm front and 38mm rear being max. Also, it would be nice if it came with frame protectors where the tires come close to the frame at the chainstays because when the tires get packed up with mud, it wears the frame (on my old bike, I added thick vinyl stickers here, but they need to be watched and replaced on occasion).

UPDATE: She's all done! I never really knew how much better a "road" bike could be with a dropper. Being able to move around, have my legs do more of the shock absorption and stay low is amazing.

Another difference in the frame is the rear brake hose routing, it now comes out of the bottom of the chainstay instead of the top. I ended up replacing the brake hose front and back (bleeding SRAM is so much fun :( ) so I could get the length just so. You might be able to get by with the old if you disconnect/reconnect them but be prepared.

Chris, I got the same bike a couple of months ago and agree that the one thing Ridley did not get right on this bike is frame clearance to accommodate wider tires. I know 40mm front is still pretty wide but 38cm with mud will lock up the frame, as has unfortunately happened to me in So Cal's wet winter. But it does ride great and is really awesome for climbing.

Just a quick note as I've now got a few rides under my wing after pulling the trigger on this as a full build with a mix of 105 & Ultegra Hydraulic. Very sleek and more beautiful in person than photos can do justice (Gray & Orange frame). I did a couple of rides on Schwalbe G One 35mm. For real straight up off riding this is not a Wide enough tire. Fortunately the frame will accommodate a 38cm in the back and I am riding it with a 40mm tire up front. The tech specs on the frame say 36 max tire clearance. Rides like a dream. stunningly beautiful and descends well on even technical dirt! Only other mention is sizing. I normally would ride a 55-56cm top tube so was a bit reluctant to go with the Size M which specs a 56.5cm top tube. But it feels perfect for me and glad I went M instead of Small!

How tall are you?

Would a lauf grit fork fit on this frame? I'm wondering if that ramp/notch on the underside of the downrube where it meets the fork would limit using a different fork.

On the overview, 2nd paragraph it states 15 x 100mm thru axle in front , on the Tech Specs 12x100. frame came with 12x100 for front, was certain I was going to rcvd a 15x100. On the positive, frame is beautiful, and well packed, and arrived one day early. Also happy that it came with all the fork hardware, even a cd rom, and some frame accessories. This is a new build, so it will be a while before I get to ride this beauty, first carbon :-) thanks CC. 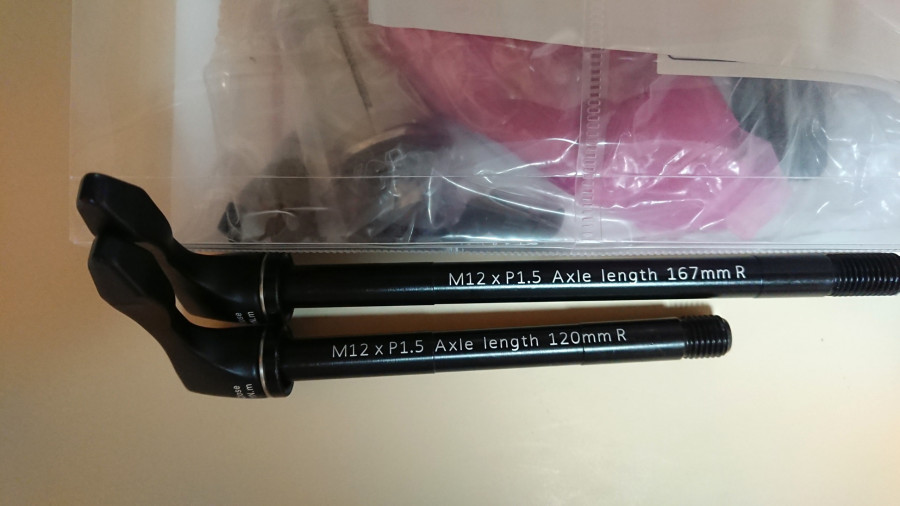 That axle size text must have been a holdover from the 2017 X-Trail specs, which was M15x1.5 @ 125mm. CC still has not fixed the text body but the specs are correct.

Does the frame accommodate fenders? If so and recommendations?

This frame will accept fenders. It would best work with the SKS strap on fenders. That would be the quickest and easiest option.

The X Trail rides like a mountain bike but climbs like a road bike. This frame feels solid on loose gravel and elicits confidence when descending. Throw on some hydraulic brakes and you really got a stable off-road ride.
I've ridden a regular cross bike on single track and always disliked its twitchy handling. The X Trail carves the turns because of the adequate wheelbase.
On a personal note, I'm partial to Ridley frame geometry as the tall head tube allows for all-day comfort on the hoods without sacrificing aero positioning when in the drops.

Can the frame and fork take 160 rotors with flat mount calipers without an adapter?

Too late to answer this for Jonathan, but for others: Most fork flat mount brakes (Shimano/SRAM) come with a reversible plate for either 140/160 flat mounts. If you want 160 on the rear, you will need to buy the adapter to go up from 140. But yes, you need adapters for both ends.

What all is included with the frame set? Does it include headset bearings and seatpost binder?

My frame arrived today and it does include headset bearings/races etc. and a seatpost binder/bolt

Will this work with 160mm rotors and TRP Spyre calipers? Any adapters required? Thanks. 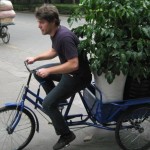