Pushing to empower more riders with light and nimble carbon hoops, the designers at Reynolds have crafted up their new TR 309 Boost 29in Wheelset for all-mountain charging, enduro hard-hitting, and with a slightly smaller price tag to accommodate more riders upgrade budgets. They start with a set of the same hoops employed on Reynolds' Blacklabel wheels, with stiff, over-engineered carbon fiber that offers reliable tracking and durability on the trail, and are stretched outward to accommodate a loftier tire for floating through the chunder before lacing up to a set of Reynolds' own CNC machined three-pawl hubs for quick actuation that doesn't drain the wallet.

Like its big brothers, the Blacklabels and TR309S, the TR309 uses Reynolds' Mountain Rim 5 (MR5) carbon fiber layup. This layup involves five different carbon matrices applied to five different areas of the wheel. A decidedly serious carbon layup — this construction process is more complicated than many frames, placing specific matrices to maximize strength. And though we don't often dwell on the possibility of equipment failure while blasting berms and charging into lines that are a bit too rowdy, the fact that Reynolds puts so much engineering into the rims helps ensure that we won't have to dwell on equipment failure. For months. While wearing a cast and saving up for a new wheelset and/or bike.

Focusing on a friendlier price point than the deluxe Blacklabel line, and the mid-range TR309S, the designers are Reynolds went for a dive into hub creation for the TR309, capable of exceptional performance without the somewhat painful price tag that comes along with some other hubs. Using CNC machining, they created the Reynolds TR3 hub, cut from aluminum in one piece to ensure strength, and features three phased pawls to propel you forward, with just 10-degrees of engagement, so the wheels carry you with the responsive and light-on-the-feet feel you want for quick power bursts up punchy climbs, or chomping at the bit right out of the gate on race day.

The TR 309 wheels are built with asymmetrical rims that we also saw on the Blacklabel series, which enables a stronger wheel through more even spoke tension. This translates to a ride that powers through the rocks without deflecting when you pick the wrong line and would otherwise get bucked around. When combined with the wide, Boost spacing, the wheels strength truly shines through with a completely evenly tensioned wide angle to keep you locked into your line no matter what. While Boost may not be news to quite a lot of us, it's worth reiterating how it works: by setting the flanges wider, Reynolds is able to improve the spoke bracing angle, which stiffens the wheels laterally and torsionally (translating braking and pedal input from the hub to rim to trail) without stiffening them radially (so the wheels don't translate every bump and root straight up the seatpost). While bumps and trail chatter are less of an issue with such a wide rim, we're generally under the assumption that less of a bad thing is a good thing. Adding 28 straight-pull spokes to the mix, you'll find lasting durability, and just the right amount of flex, so your wheels don't feel harsh through wily rock gardens.

DON'T LET THE PRICE FOOL YOU

Alright, just to get this out of the way - I haven't always known much about Reynolds, let alone gave them much of a chance, compared to most of the traditional higher end wheelsets out there. On my radar was always ENVE, Industry Nine, Crank Brothers, etc. You know, the works. I didn't pay too much attention to Reynolds. Not sure why that is, probably for no specific reason, but there just isn't as much hype around them as there is around other brands. I think that should totally change. Reynolds hands down blows their price point competitors out of the water, while holding their own against the "best" wheels out on the market today. After riding these wheels for over 100 miles on rough singletrack, I have found that these wheels are stiff and plenty wide. The build on them is fantastic. I found myself trusting these much more than my previous carbon wheel set (which blew up on me). They were stiffer for sure, but it didn't seem like they were overly stiff to the point that they were rough and uncomfortable to ride on. From riding other carbon wheelsets, I have found that that is a hard balance to find. Stiff enough to track well and be responsive, but also compliant enough to not feel extremely rough and overly responsive. These wheels do just that and I was thoroughly impressed. When seeing a wheelset in this price range, I usually expect heavier carbon layups. For what they are (a trail wheelset at about 30mm inner rim width), along with the price range, weighing in at around 1700 grams isn't too shabby. Even better, the wheels have a lifetime warranty on them, meaning if you do manage to break a rim, then Reynolds will replace it for no extra cost. However, you would be hard pressed to actually break it. Coming off of that previous pair of carbon rims, I felt more confident and capable with these wheels compared to the others. Overall, if you are in the market for a wheelset, you should seriously consider anything made by Reynolds. Their price point can't be beat, while matching the quality, weight, and performance of higher end wheelsets. Plus a Lifetime Warranty!? I'm totally sold on them. 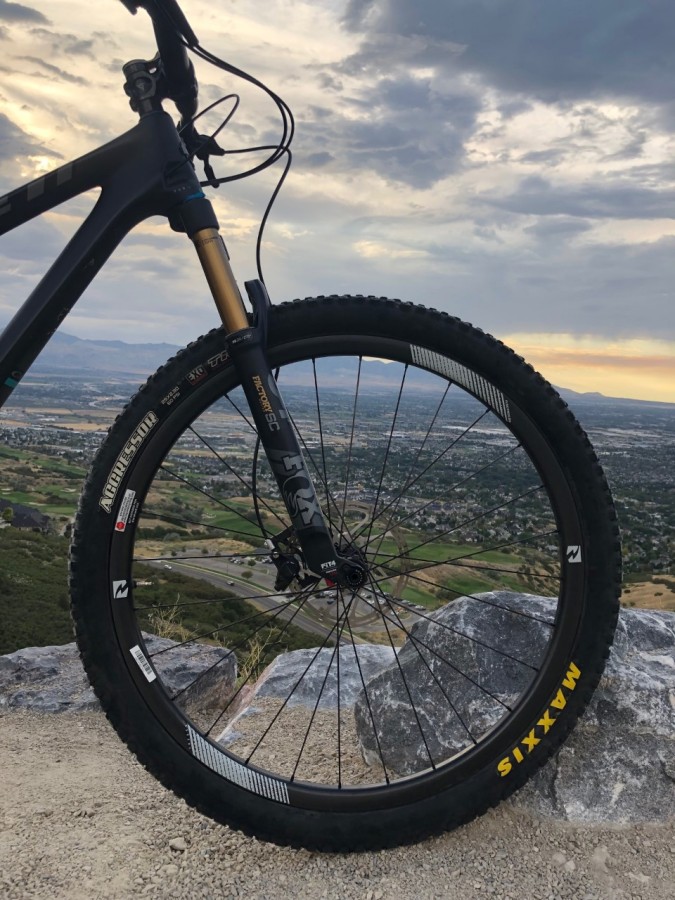 Balling on a budget

Carbon hoop with a Lifetime warranty.... Why not!! The Reynolds TR309 roles in (pun intended) with a budget friendly carbon wheel that has a lifetime warranty, yes please. Not only that but it comes taped, pair of tubeless stems, centerlock to 6 bolt adapters, and centerlock nuts. All you need to finish it up is a tire, rotor and a sealant! Comes out of the box with a 10 degree engagement hub which might not be the tightest out there, but it can be upgraded to a 5 degree or you can simply pick up it's bigger brother the TR309S which shares the same hub and Carbon hoop but comes with upgraded spokes, nipples and a sticker kit to go full power ranger on your ride. I went with these as I wanted a bullet proof and tough wheelset to bomb some rock gardens, huck the drops and just ride the gnar without worrying about my rims and I can say these did not disappoint. Great set of wheels. I will say if you live in a coastal state you may want to look at the TR307S option as they have brass nipples and will be less prone to corrosion. 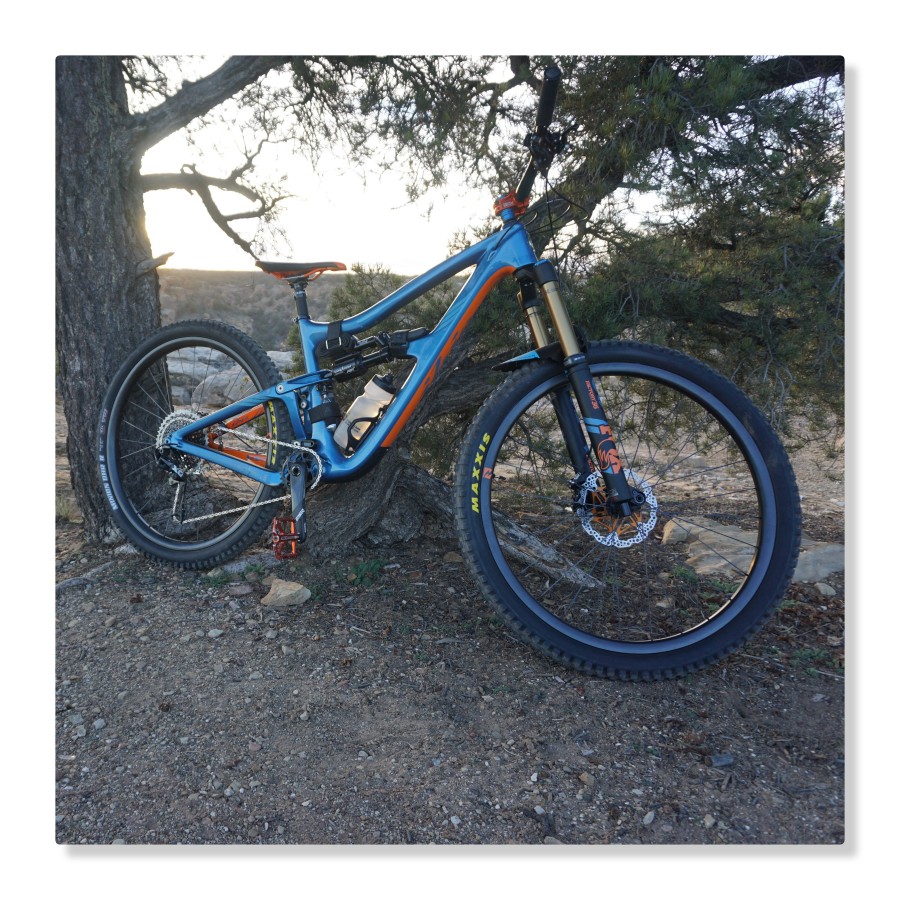 By the way Robert I have good news for you, The Reynolds TR 309 does come stock with brass nipples. Check the spec sheet. I also confirmed this spec with a Competitive Cyclist product advisor. Cheers