Why We Like The DZero DUB Power Meter Spider

Quarq's DZero platform has proven to be one of the most accurate and reliable power meters on the market, offering independent measurement of right and left side power with +/- 1.5% accuracy. Recently, Quarq decided to upgrade the power meter chassis by integrating SRAM's DUB technology into the crank arms. The result is a stronger, stiffer, and lighter crankset that more efficiently transfers the effort from your legs into forward motion. But in order to actually measure power, you need this Quarq DZero DUB Power Meter Spider, which is designed to pair with the new DZero DUB crank arms. Once you have these two components, all you need is a set of chainrings and a DUB bottom bracket and you're ready to hit the road.

Along with these hardware changes comes a new firmware that employs MagicZero auto-calibration technology. With MagicZero, the system automatically calibrates itself as you ride. You no longer need to backpedal to zero the power meter, and you no longer need to manually calibrate your head unit either. We see this as a welcome relief, as it simplifies the power meter's operation, allowing riders to shift more of their focus to riding and training. Additionally, all power meter related functions have been shifted to the SRAM AXS app. Not only does this give you full control of all AXS components on your bike, but it allows you to set the power meter's zero offset, check battery levels, run diagnostics, and perform firmware updates. The previous software used for this function, Qalvin BLE, has been discontinued.

The DZero DUB Power Meter Spider uses a 5-bolt pattern and comes with your choice of a 130mm or 110mm BCD that's designed to fit 10- and 11-speed chainrings from most major brands. And like we mentioned above, it must be paired with the Quarq DZero DUB crank arm assembly. The assembly is sold separately, and comes with a set of carbon cranks arms in multiple length options, as well as the SRAM DUB spindle. You will also need to purchase a DUB bottom bracket that fits the bottom bracket shell of your frame, if you don't already have one. They are available in multiple standards to fit vitually any modern bicycle frame.

I have sram axs force group set. Would I have to purchase anything other than this? 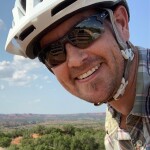 Hi Marcus, all you would need is to swap over the chainrings from your existing crankset and the spider bolts on directly with SRAM's 8-bolt direct mount interface. You don't need to purchase anything else. :)

Do you know if the DZero DUB Power Meter Spider will work with my Lauf gravel bike with SRAM s350 crankset? ,

You’d need new crank arms and a Dub bottom bracket I believe. You can probably use your chainring, though

Industry Standard for a reason

They just work, I have them on 2 of my bikes and the auto-zero is pretty neat.

Hello, Do you know if the DZero DUB Power Meter Spider will work with my SRAM force 1 crankset? Thank you,

Do you know if this will work with the non dub version of SRAM force 1X crankarms?