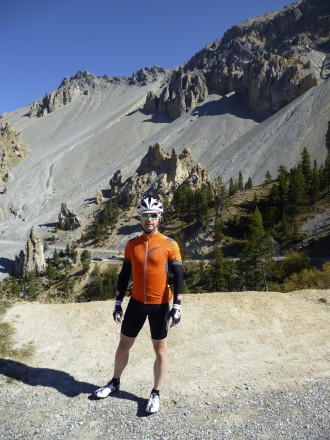 Born and raised in Ireland but now call northern California home. Love being out on my bike, and really love rewarding the hard efforts with great food and a glass or two of wine. 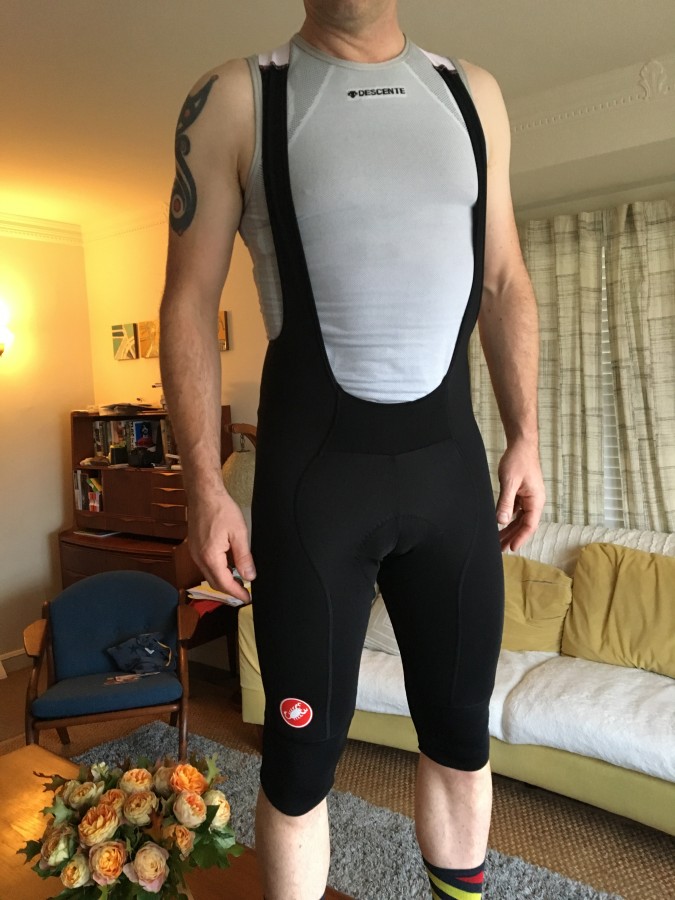 It may have good features, but if it does not fit correctly, it fully deserves the 1 Star review:

I have been wearing Castelli products for a lot of years, and have gradually gone from their large size shorts down to small as I gradually lost some weight and became leaner.

Castelli has a European fitting, meaning that you typically wear a medium, you should size-up to a Castelli large.

Last year I purchased Castelli knickers (size small) for Autumn/Fall riding and was instantly impressed at the snug compression fit. I now shall be wearing Castelli small sized bib shorts in future, and I already wear their Small jerseys.

Which brings us to the Omloop bib shorts. I ordered the small and when first putting them on, noticed that the shorts went beyond my knees, and were not a snug fit, contrary to the description given by Castelli on Backcountry's website. I thought that maybe there was a production fault in that the wrong labels were put on to the wrong shorts. I contacted Backcountry and they sent out another pair (size small) thinking that maybe there was a fault. The newer pair were similar.

The idea behind the shorts is great, and they keep your thighs warm as they claim to. However, at first I thought that they fitted like a Castelli medium, but when I wore them on the bike for a ride, they felt more like a Castelli large.

This is the first time in many years that Castelli (in my opinion) have gotten their sizing completely wrong. okay, I'm not the tallest, but this is a Castelli small sized bib short that we talking about! I will also be contacting Castelli themselves to give my feedback, as they have offices here in the US and have previously been open to conversations about their gear.

I have more photos showing how the material is ill-fitting and bunches, but it seems that I can only add one photo. Hmmm.

Ronanwrote a review of Castelli Sottile Due Men's Vest on November 28, 2014

Same as the review below. Haven't even attempted to ride with this vest as the zip will not close as it gets caught in the flappy piece of material at the top. Seems that it would be a good product, especially fit-wise, but if it doesn't work as it should, don't even waste your time with it.

The shorts in general are fantastic. I've been wearing several different versions of these shorts for the last two years so I've gotten to know them pretty well. The fit is excellent with no sagging or extra material flapping anywhere. The straps are thin and lay flat against the torso very well indeed. The reasons as to why I not giving them five stars are as follows: One, the chamois is great, but it still doesn't beat the chamois that Assos use on their shorts; and two, they really could use a silicone backed elastic gripper on the bottom of the legs. This is actually my biggest flaw to point out in these shorts. After some time the fabric starts to curl upwards at the bottom of the legs! Not a cool look. I'm going to try to alter the shorts as I'd like to keep using them.

Looks good and is well tailored, except for the rear pockets which happen to be the worst pockets ever. Period. Too high and narrow, making it near impossible to retrieve anything during the ride.

A beautiful classic looking jersey which fits extremely well. The light fabric is very breathable, however, the reason why I'm only giving the jersey two stars is due to the construction of the rear pockets. They seem large and wide enough to stash your stuff in, but after two or three rides the pockets start to tear where they are sewn to the jersey. For the price paid, this shouldn't happen, but it did...twice!