This"Terrain" jersey is not listed in the various size charts. What is the chest size for M, L, & XL?

Bill McCannwrote a question about Kuat Pivot Swing Away Extension on February 27, 2018

Is the pivot reversible? Due to a swing-away spare tire that swings to the passenger side, I need the pivot to swing to the driver side. I'm sure it can be flipped, but does it still work the same?

Bill McCannwrote a question about SRAM CenterLine X Rotor - Centerlock on May 23, 2016

is the lock ring included?
Do you know the weight of the 160 mm (or any of the rotors)?

what size are the rails? I need a saddle with 7mm rails

Use mine on my mountain bike, seems solid and you can tighten the hinge bolt enough to where you can still adjust the computer angle without it slipping back to the flat position. The bad news is after light use in its first season the hinge bolt worked itself out and the computer and upper half of the k-edge fell off in a race. (lucky me someone found it). Going to contact k-edge for a replacement bolt and I will put lock tight on it this time. Should be a 5-star product then. Side note- my road bike k-edge lost a critical bolt as well in its first season with light use. Sensing a trend....

will this adapter fit a borealis yampa?

Running SRAM XX1 with raceface 32T ring. Does the chain need to be resized if I upsize or downsize the chainring by one increment? If so, do I need a new chain for upsizing or can a link be added to the existing chain? same for downsizing, new chain or shorten the existing one?

would these wheels work on a Hakalugi disc...

would these wheels work on a Hakalugi disc cyclocross bike? 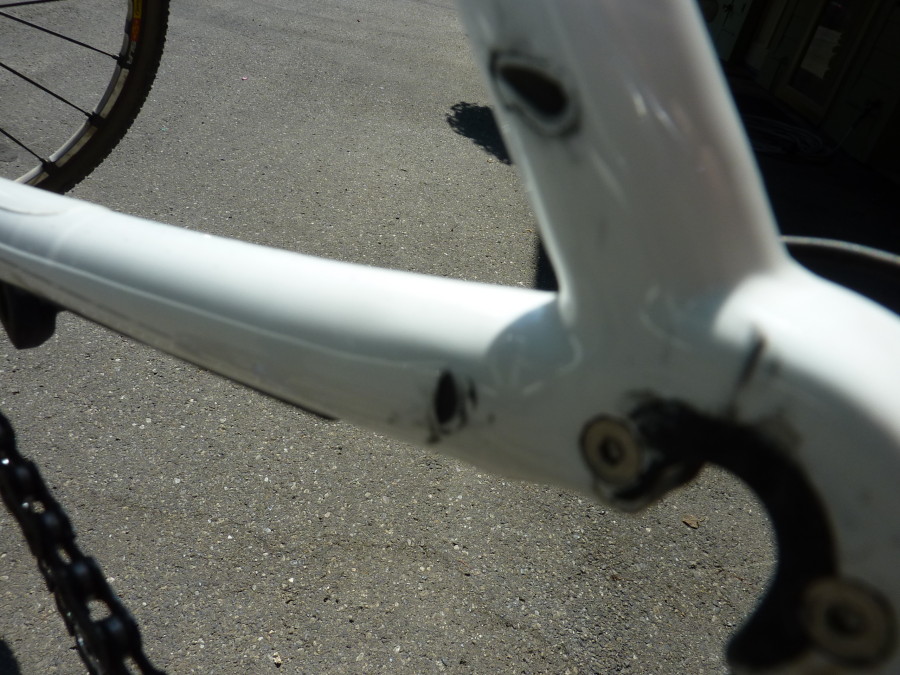 Haka 2013 disc with ultegra Di2 & mavic crossmax SLR wheels. Love the bike, it rides great in cross, gravel grinders and some single track. However, I'm on my 2nd frame as the first was built with no clearance for the rear cassette. Gouging of the carbon frame was immediate. Competitive cyclist was good to swap the frame out and rebuild the bike with better cassette spacing. After a season of "light" use (not my full time bike) but including ~ 200 miles of gravel racing the improved clearance has proven to be insufficient. I have never dropped a chain (thanks Di2!) yet the chain has gouged the frame again. Maybe it's the wheels that the bike was spec'd with? If so, I am now shocked that Competitive cyclist let this bike go out the door TWICE! with this problem waiting to happen. The rotor clearance is pretty sucky too as I doubt a credit card would fit between the frame and rotor. A friend was building up this bike a few weeks ago with different wheels, but similar clearance issues. Still loving the bike.... until catastrophic failure occurs. Forget about resale value with the damage. $1,850 frame say goodbye.