Andres Sotowrote a question about Shimano Dura-Ace FC-R9100-P Power Meter Crankset on May 12, 2018

Is this compatible with an Ultegra 6800 groupset?

With bigger chainrings (I was on 50x34) I feel I can get more speed with a lower cadence. This will make it hard on the hills, but having the 11-28 cassette helps with that.

Gift for "that guy" who introduce you to road cycling. He was so happy when I gave it. Besides, it comes within an awesome plastic bag with the team sky logo that makes it look very sexy. No need to wrap it.

Camel back... There isn't too much to say. I use this said for my gatorade, and I have a bigger one for the water.

Let them see you

I was impressed with the power of this tail light. I like the flash mode, if you keep looking at it directly it will make see stars for a while. Love how easy is to set it up and the battery seems pretty good.

I bought this as a gift for a little boy of my town. He is starting to compete in national games and he needed good protection. I bought the small size (he is 13 years old). And he loves it. The design is very nice, it is one of those helmets that doesn't look to bulky.

I have used it for bike rides, running, gym and soccer. The "offline workout" mode works, just put it on and then go to the app and sync it. It is very confortable, but it is very difficult to get connected to my phone (google pixel) usually it takes like 40 seconds to get connected, this is the only concern that I have.

Bought this for my mom. She loves it. And looks pretty awesome combined with this jersey: http://www.competitivecyclist.com/louis-garneau-course-superleggera-2-jersey-short-sleeve-womens?skidn=LGN005C-X001-XS&ti=U2VhcmNoIFJlc3VsdHM6c3VwZXJsZWdnZXJhOjE6MjpzdXBlcmxlZ2dlcmE=

I just bought these cleats to have a backup to my current one. These are same as the one that came with my pedals. Not any complaint with these cleats!

Andres Sotowrote a review of Race Face Atlas 1 1/4in Riser Handlebar on January 8, 2017

I bought this as a gift for my dad because he wants to have better handling of his MTB, this handlebar is pretty wide thus it gives him that feeling. Recommend it 100%

I bought this saddle after my Selle SMP Hell was damaged in "accident". I think this feels more comfortable because it is flatter than the SMP, however I think in terms of avoiding numbness, the SMP wins there. Maybe because of the shape.
I haven't use this one as the SMP but so far it works.

Just what I needed

These is my first bike computer. And I choose the element because I really like all the functionality and easy setup with the companion app that it has.

So once that I got it, it was as wahoo advertise it, you just know how to set it up. That was really nice.

The ride, I use it in a short ride and I never lost connectivity on any of the sensors (RPM, Speed, HRM) and the LEDs notifications are amazing. For example, I went to a velodrome and I wanted to keep my speed a certain level so I configure the LEDs to let me know that I was riding in that average. (NOTE: The average is calculated as you start riding, is not a setting. Or at least I haven't found it). So that was something nice because instead of keep looking at the screen with a single quick view of the LEDs I knew I had to ride faster. Then I went for a 100 miles ride, where I was interested on my heart rates, so that I don't burn all my energies at the beginning and boom, just set it up for it.
In that same ride, I got lost, lucky me I had the route from strava so I just load it and that save the day. I'm not good with directions, so this was very important for me and it does the job.

For a six hour ride, the battery went below 50% which I think is good enough for my rides.

I also was able to test the Strava live segments, and they are nice. (Not as the strava app) but you can setup the screen to compare your current effort against your PR or vs the KOM.

Finally, the mounts are not very nice because you need those straps that once that you put them in your bike you need to cut them in order to remove it. But nothing too important. 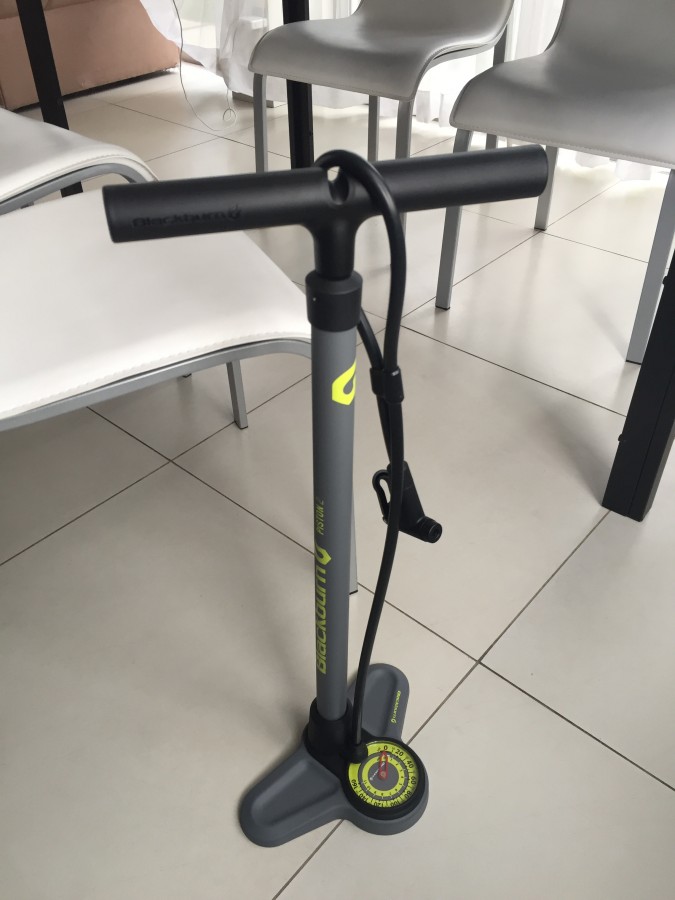 I got this floor pump in another color than the one I ordered. I didn't mind because it looks really nice (picture attached). What I like most of it, is the feeling of that it will never break. The material feels very strong. I just got it, so I will have to wait to start using it a lot and see if it is strong as it looks.

Pretty decent socks, nothing fancy but they work. I have used some LG socks before, and compare to theses ones, these are not as breathable as the LG. However, they are not hot like a normal socks. So they work for me because my rides are in a weather where sometimes gets too hot or cold. So they make me feel comfortable. Highly recommended, I will probably get another pair. (Besides, if you are like and like simple designs, these are the ones!) 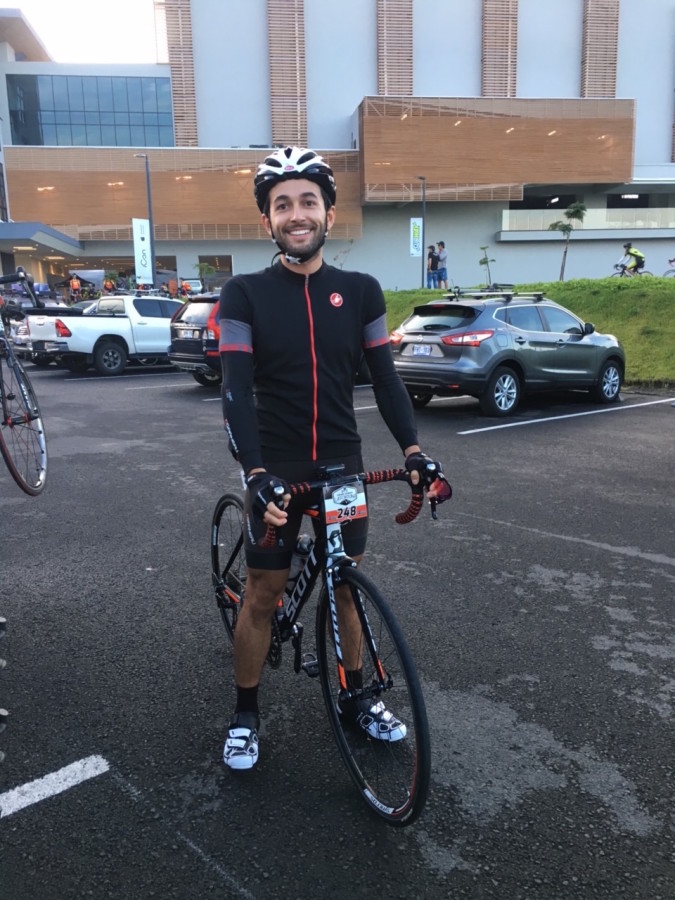 Love how it looks

I bought this jersey hoping that I was able to find one that fits me well. Typically I got jerseys that the sleeves fits well with my arms, but they were too small in the chest. Or the opposite, they fit me well but the sleeves were too big, and this one did the job.

I just use it this weekend, and I think it looks great. My ride has like 3 different weather stations and for hot and cold weather it feels great. The material in the sleeves it is like pretty soft, but I like it. Sadly, I got hit by a car and one of the sleeves was ruined.
Here is a picture of the jersey (before the crash).