Early photos of Froome's matte-black prototype F8 frame revealed just about everything that's available on the "stock" version, minus a few choice components reserved for the likes of Team Sky riders. Such is the case, or should we say was the case, with his neutral Air8 seatpost. Well that's not the case anymore, as the Dogma F8 Zero Setback Seatpost has officially arrived.

Made with the same FlatBack tube shaping that the F8 frame employs, this Air8 post wears an ovalized frontal section paired with a rather truncated back half, which was done to create a vacuum that eliminates turbulence. A full carbon construction gets paired with a two-bolt carbon seat clamp, further ensuring weight remains as low as possible.

Zero setback- Perfect for me....

I initially had the 30 mm setback seat post which caused me to be positioned slightly back. As a result, I tended to sit further on the nose of my saddle causing knee issues. Getting fitted with the zero setback seat post has reaped instant rewards for me. I'm centered on the bike and feel more confident descending, knee pain is almost gone, and my power output has increased by a few watts. Great construction from Pinarello!

Apparently I used a torque wrench and adjusted it to be 4Nm so that the seat post won't slide down. However, the seat post structurally collapsed inwards. May I have your address please? I will send this product back for you to inspect. 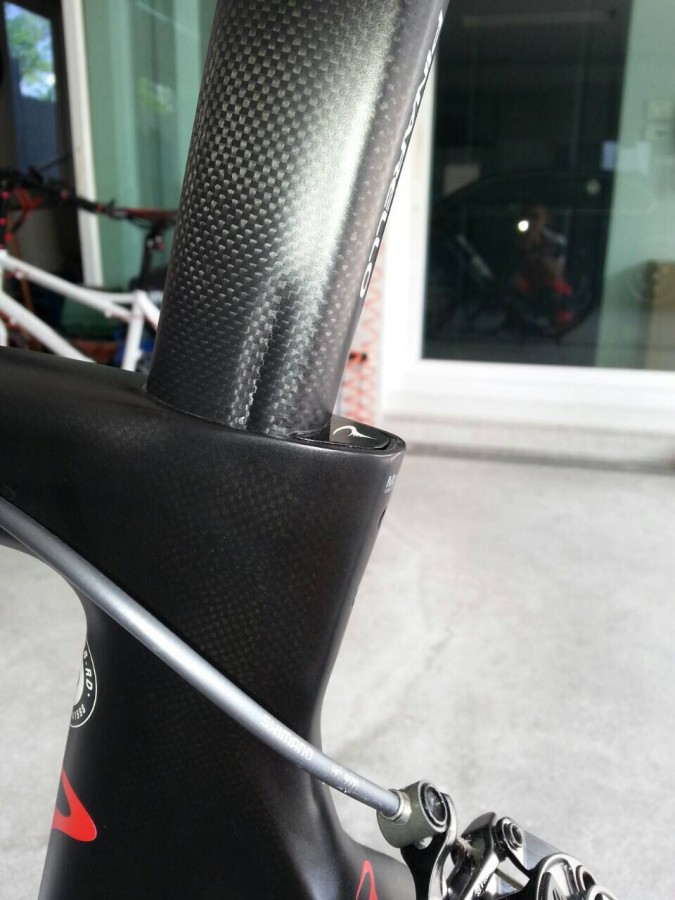 hi, what is the difference between this seat post and the one that comes with dogma f8? what does zero setback mean?