If you're here looking at the Pinarello Dogma F8 Setback Seatpost, then you've possibly fallen victim to the same issue many of us have had since carbon took over the market. Advancing 1/4 turn past the recommended force while tightening a seat collar has sent many a home mechanic — some of us included — on a hat-in-hand quest for a seatpost to replace one that they've cracked.

Fortunately, Pinarello accounts for the occasional overzealous user error with replacement models. The F8 Setback is the same seatpost that ships on the flagship Dogma F8 frameset. It's got the Dogma F8's unique, wind-dodging FlatBack shaping, the same Torayca T1100 Dream Carbon, and the same carbon seat clamp. It's literally identical, so your F8 will be as good as new.

The Dogma F8 Setback Seatpost is compatible with a wide range of Pinarello's bikes: Dyodo, Paris, Prince, Gan, Grevil, and Dogma F8/F10/F12. It accepts both Shimano Di2 and Campagnolo EPS battery packs, but you'll need the mounting hardware, which is sold separately.

Exactly, what is the setback in mm? 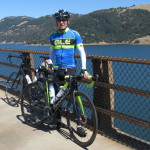