Can't wait? Consider one of the other Repair Stands & Accessories we have in stock.

No more sneaking away.

Crawling around on the floor sucks when you're sober. With the Park Tool MB-1 Magnetic Parts Bowl, you won't have to worry about small parts falling on the floor and hiding under things, because they'll be stuck right where you left them: in the bowl.

Gamechanger for the at home mechanic

I have been working on my own bikes since before I think I could even pedal and sometimes the workspaces available are either just not the most organized, and or I am just really clumsy which is dangerous when dealing with small parts. That said this was a total game-changer for me. I no longer fear losing small washers, and when I am not using it for a project it sticks to my tool box.

much needed in the shop

Every mechanic truly requires a way of managing the various screws and parts while working on the bicycle. One of these bowls holds a surprising amount of screws and parts all while maintaining its extremely strong magnetic current. It keeps everything together and mitigates losing materials. The design is so that If you’re using a Park Tool metal stand, you can just attach the bowl to the stand itself and it becomes incredibly more practical in non-wasted space. 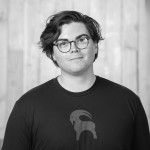 Nice magnetic bowl. It sits on my workbench and holds nuts, bolts, etc as listed in the description.

I found this useful, but since the magnetic base and the plate are not permanently attached, there were times I tried picking it up by the plate and the plate broke free of the base and all the parts sitting in it went flying. Looks like it's held by glue + the magnet. If you put the tray on any magnetic surface that is at least as wide as the base where you can't pick it up at the base, without sliding it off, then this is a hassle. On top of all that, the magnetic effect has strong spots and weak spots in the tray. There's like a narrow ring of where it's strong (from the edge of the center plateau to the park tool logo's sprocket), leaving the center very weak and anything outside of the center plateau with no magnetic effect (which is would be handy if the magnet effect was strong at all, for rolling off the parts). Also, it's not recommended for placing on top of repair stands at a slope... the magnet is just too weak. Not surprising, considering the cost of this product, but I at least hoped Park wouldn't put their name on junk. Park has a very wide range of tools, for sure, but for certain smaller individual tools, I'm finding that the design and quality Pedro's and Wheelsmith tools and the affordability of other more affordable brands are preferable over Park more and more lately. Their non-everyday tools seem to be spot on though, from their BB extractor tools, to their truing stand.

This thing is great, it helps protect runaway nuts/bolts, Skewer springs, ball bearings, etc. Great part is it sticks to the side of my tool box, and I can stick it to my car in the parking lot of a race/ride and not loose parts into the dirt.

sits on top of repair stand, great for holding all those nuts, bolts, washers etc.. while working.

How's it sit on top of your repair stand? Magnetic base? I wonder if it can do that on the Feedback Pro Elite. Thinking about getting this instead of the tray.