We've been told we don't embarrass easily, especially when it comes to cycling-related habits. We shave our legs religiously, wear more spandex than a gymnast, and don't usually think twice about a quick nature break alongside a busy road. However, we've heard stories of friends who were too embarrassed to walk into their local bike shop and buy a tub of chamois creme, comparing it to buying a dirty magazine from their local convenience store. It's really too bad, because Paceline's Chamois Butt'r Creme worth whatever perceived embarrassment it may cause.

Chamois Butt'r is made from all natural ingredients with no perfumes or dyes. Its creamy texture reduces friction and fights bacteria that can lead to saddle sores. Chamois Butt'r also provides a cooling sensation, but unlike the Eurostyle Chamois Butt'r, it won't give you the distinctive tingling sensation. If basic, no-nonsense chamois creme is your preference, then Chamois Butt'r fits the bill nicely.

Should have tried it sooner

I always splurged on high end shorts, thinking that was the key to long ride comfort. I was wrong. Not really sure what's going on down there, but this stuff is magic.

Use This and Feel Way More Comfortable

If you sit down while riding your bike, you’ll appreciate using this stuff. Pure and simple unless your skin has some properties that make you completely resistant to any sort of chafing or discomfort while riding this is an absolute necessity. Apply liberally and ride on...in significantly more comfort! Edit - I’ve started in on my second tube and the consistency of the butter is definitely very different than it was in the first one. The first tube was very thick, almost luxurious in texture. The second tube’s contents are significantly thinner. It is still effective, but doesn’t quite have the staying power of the other tube. Still a very good product, but the variability in product quality does reduce it from 5 to 4 stars in my book.

Very comfortable and easy to wash off.

really helpful. Grab some and save yourself the regret.

This is a must have for long bike rides. It works great and lasts long.

I like Pace Line Chamois Creams. They are more economical than other options and work equally as well.

Great price for what you get! I would recommend using lots o it for a comfy bum. Works as well for any other chamois cream for decreasing friction - just seems less light and wetter than others. Overall, does the job and is affordable.

Use this stuff liberally when you put on your bike shorts and you should have no rubbing issues during long rides. This stuff has gotten me through eleven Shenandoah Mountain 100 backcountry mountain bike races unscathed!

Worth the Minimal cost

How much can you say about Chamois cream? Whether or not you need it, you can't go wrong using it, especially on long rides. Saddle sores and chaffing are no more. Do yourself a favor and pick some up.

I always use this.

After having some issues with chaffing a few years ago, this has become a riding requirement for me. Especially when starting out the season again. It keeps thing from rubbing without having an greasy feel and it hasn't ruined any of my chamois. One tube lasts for quite a while.

Do not ride without the buttr

I use for every ride, cold, warm, wet, anything. no matter the season or length of ride butt'r is a must.

After getting tired of the price of Assos' creme, I switched to this a couple years back and have been using it ever since. While using it, I have yet to have any chafing issues and have been pleased with how long it lasts for the money. Personally, I apply it both directly to the skin and to my chamois. This has worked perfectly for me.

I am confused as to why this cream is being called all-natural, with ingredients such as those that follow. It may have some natural ingredients but its not fair to call it all-natural with a list that encompasses all of this: Water, Mineral Oil, Ethylene Glycol Monostearate, Stearic Acid, Cetearyl Alcohol, Stearyl Alcohol, Propylene Glycol, Sorbitol, Vitamin E, Vitamins A and D, Propylparaben, Methylparaben, Sodium Hydroxide, Aloe, Lanolin

I have used this for about a year, before that my go-to was bag balm. Definitely nice not to have grease melting down my legs when I ride, but I would recommend getting some of the single serving packs to take with you on longer rides.

Being a long time cyclist and racer I had not always used a chamois cream to help in issues. From experience, the biggest benefit is not the immediate "friction reduction", but more of allowing to ride multiple days in a row. Big fan of tube version of chamois creams due to less hassle of application. Always in my race kit bag for every event. The Paceline product is very viscous and easy to apply with no fragrance.

I tend to like dz nuts a little more but this is second on my list. Does the job and reduces any chaffage you might get on those long rides.

Don't leave home without it

Must have for any real ride. Just a dab will do it. Pro Tip: don't shake your buddies hand, or grab a handful up snacks without washing up after application. Pro Tip: get the little packets for reapplication on longer rides.

Keeps the chaffing down

I got back and forth using this as well as Dz nuts, both get the job done for me just fine. This one doesn't have the tea tree oil scent that DZ nuts has though.

Gets the job done. Period.

If you're not using chamois cream...stop being an idiot! Give this stuff a try. With backcountry's return policy, what do y'all have to loose? It'll keep the saddle sores at bay and make everything much more sterile down there. 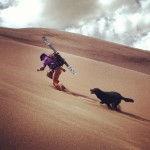 Thanks for the review Sterling! Super helpful to get this feedback out to the community.

Good all around chamois cream