When it comes to the Sentry Aero Tail Light, the versatility is what we like most. First off, it's bright. 260 lumens is bright enough to be seen clearly in the daytime, and combined with the 260-degree visibility it's hard to be missed out on the road. Secondly, it mounts to both standard and aero seatposts, so it fits pretty much any bike from commuting rigs to high-end race bikes. The Sentry sports six different modes capable of running between 4.5 and 30hrs, and it comes wrapped in an aerodynamic casing that looks sleek on your favorite steed.

If I could give it zero stars I would

Familiarity:
I've put it through the wringer
Height
6` 1"
Weight
190 lbs

Not water proof - or resistant enough and doesn’t meet the demands of training. Nice fashion statement.

I bought one b/c I wanted more side visibility on my commute. Turns out in daytime conditions there was virtually no side view visibility, and I wasn't impressed w/the back flash either.

I like this light for my aero seatpost a lot more than the Specialized Stix. The mounting bracket fits the sharper edge a lot better. As for the light, not only is it bright, but you can see it on the sides. It mostly stays in place, but sometimes it slides a little sideways. That's the only reason I gave it four instead of five stars. That said, if you have an aero seatpost and need to be seen at night, this is a really good product.

Over eight to ten years for two bikes, I purchased three or four NiteRider headlights and at least as many NiteRider taillights… based primarily on the tech specs. Early ones were not rechargeable, later ones rechargeable. Now questioning, er... abandoning, my brand loyalty. One taillight simply stopped working (Cherry Bomb), another had the clip mount crack off, and the most recent one never lived up to the charging specs out of the box and quickly got worse from there (Solas). I’m a pride-of-ownership kinda person, take care of my stuff, have been anything but “hard” on these lights, and they’ve been unsatisfactory. Without getting into the details, let’s just say my interaction with NiteRider customer support was less than satisfying. Zero, zip, nada appreciation for my loyalty. The latest OLED headlight still works fine after two seasons. But I’d steer as far away as I could from their taillights. Longevity sucks. I’m likely to opt for the Specialized Stix Elite 2 Taillight or the Lyzene Strip Drive Pro Tail Light to replace the latest NiteRider that broke.

Sentry is the perfect name for this tail light. Best rear light I’ve used. Great feeling to be riding on my early morning rides knowing this light has my back.

Impossible to turn it on. On switch does nothing, hard to press but even with table or tools it will not turn this thing on. I am a big customer of CC and this does not belong in their inventory. I am trying to return it but the return button in my order history won't work so I can't do a RMA. Huge disappointment. 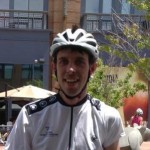 I wonder if you got a defective unit? Hopefully you tried holding the button down for a few seconds. I have had no issues with mine but the button has to be held for a couple seconds before it'll turn on.

yeah. besides my review about its poor side visibility (which is supposed to be its meal ticket) i also found it a PIA to operate.

Censored review is back…

Competitive cyclist is now deleting my reviews. Previously, I left a two star review of this light. The post mount is difficult to affix and remove. I have an oblong aero Seat post. The strap broke. The light stopped shining light to the left and the right. No, it only shines directly to the rear. Most of the nightrider stuff breaks easily. Again, It stopped shining light to the sides. I might have dropped it when I was trying to attach it to the sea post. I honestly don’t remember that. I’m just trying to figure out why it stopped working. The good news is that it’s pretty bright and it shines light out of the sides, when functioning properly. But it’s not the full 270 lm. More like 180. One of the flashing features seems a little bit brighter than the rest, so that might bring it closer to the max output for one nanosecond. It doesn’t turn on to the right mode easily. You have to press and hold it for several seconds and the button is located in a weird place and hard to press. This means you’ll have to take your bike gloves off and stand next to your bike for several seconds holding down the stupid button before it comes on. Then you may have to change the mode using that same button. Really stupid UX design. Charging is an absolute nightmare. The light straps on to the seat post by way of a very flimsy piece of rubber that is very difficult to affixed to the light and strap on. It’s such a pain in the ass that if you’re tired, you’re probably just going to forget about using the light and ride with no light Rather than spend the amount of time – often over a minute – to reattach this light. And while you’re reattaching it, it’s probably going to break. Unless you have a very thin or small seat post, not an aero seat post..

On my third ride with this light, the seat post strap broke off as I attempted to attach it to the post. The light seems fine otherwise, but I’m using two zip ties to keep it on. I don’t want a refund, but I do want new seat post straps.

Yep. I had the same problem. I've been attached the light to the rear brake adjuster. It totally sucks there because it bounces around and adjust my brake cable tension.

Super bright, easy to turn off an on without looking, battery life meets expectations! Would recommend. The strap is also easy to use and take off and on.

Agree with prior review. Love the Brightness & multi-functions although I usually stick with only a couple as I ride mostly early am & daytime. 2 Straps so It should allow to be used on a Seat Stay too. I've used on Seat post only of several bikes & have switched straps when a larger / aero shaped post is involved......strap is a bit longer than it needs to be but I have not cut. Does NOT move underway. Well made, easy re-charge. Keeps flashing - short, medium or long (century) rides.....never hurts to remember to shut off at stops even short rest stops

I got this tail light and the Lezyne Strip Drive Pro 300 for myself and my wife, who is a fledgling cyclist. I let her pick which one she wanted. I put them side by side in a dimly lit room and we observed them. I bought the Lezyne because it goes to 300 lumens - this only goes to 260 but the unique design looked really intriguing. She chose this one; it was obviously better in every way. Every single flash is 260 lumens, and the deep wedge shape means that unlike a simple strip of lights or whatever, you have this big surface area that shoots an enormous amount of light out to the sides as well. The Lezyne, on the other hand, has the usual strip configuration and only every 3rd or 4th blink gives you the big 300 lumens. Not bad at all but not as good as this. This thing is also light and compact, and attaches easily to the seatpost with a simple rubber thingy. It turns out that it's reliable, charges quickly and we have not discovered a downside to it. I might get one for myself as well, since I absolutely do not skimp on light when having to constantly deal with large numbers of hostile and/or distracted urban drivers. Brighter is better!

Does it connect to the seat stays or just the seat post? Good review. Lots of good details