Six self-adhesive patches, a tire boot, and a tube scuffer patiently wait inside the compact and lightweight Lezyne Smart Patch Kit for an inevitable flat tire.

My first experience with these was in patching/booting a Geax Sagauro TNT tire. I suffered a substantial gash between the tire bead and casing that was large enough such that it was suspect the tire could remain in commission under any circumstances. However, the patch combined with copious amounts of sealant kept me tube free for the rest of my trip! I'm sure it was a bit of an outlier but I had success resetting the tire up tubeless with one of these little bad mamber jambers!!! While I doubt Lezyne ever intended this patch kit to be used in such a case scenario, my mind was blown and my mid-winter's desert singletrack trip through the prickly-pears and other assorted long pointy bits south of Tuscon was carried on as intended. On the flip side I have had these patches not hold air escaping from a tiny pin prick in a low pressure 26" tube on my townie?! Go figure! Maybe it's all in the mind? Maybe I just need to set a better intention during the install of these patches for best possible results? Either way, I've had much better luck with Lezyne's Smart Patch kit than other glueless and vulcanizing patch kits I've tried in the past. Accordingly, they find themselves in my pack along for the ride more often than not. 3 out of 5 stars because 60% of the time they work all the time!

I love how small this kit is and how much is inside. I havent had to use a patch yet and have heard horrible things about the patches only lasting a little bit. Look forward to trying a patch when I get a flat and proving the reviews wrong, but we will see. For the price its a really good deal.

A few weeks ago, I went through a rough patch (6 flats in a week) after they did some weed clearing next to the bike path I commute to work on. I have been through two of these patch kits and can't say they're anything great. The patches got me home, which I guess is the point. However, by the next morning...no air in the tires. I loved how easy it was to apply the patches, and for self adhesive patches, these are very nice. This all being said, I'm going back to traditional glue patches.

I had the exact same experience - the patches leaked air after following instructions. I'll add Park Tool patches to this kit. It's otherwise handy for several bags/bikes.

The package is super tiny, which should fit easily in even the most stuffed of seat bags or jersey pocket. Thankfully, I haven't had to use any patches yet, but it's good to know this little kit will be there to save the day on multiple-flat rides. 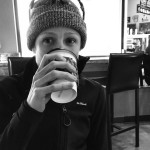 I just got this little pack o' patches, and it's definitely worth the $2.99 and the peace of mind. The kit includes: 6 stick on patches 1 scuffer 1 Tire puncture backer 1 slim plastic carry case The 6 tube patches are in a super slim package along with the scuffer and a small (almost cardboard material with a sticky side) piece for backing a tire puncture. The kit can fit anywhere, and is a necessity if you're not carrying spare tubes. No glue to mess with, just peel, stick, replace the tire, and keep riding. I have yet to use a patch, so I cannot attest to the quality or longevity of the patches: 4 stars for now!

Got these to throw back in the alloy kit I already have. Seem to hold fine at around 75-90psi from my experience and referencing other reviews. It's nice not to have to mess around with glue and waiting for it to dry, the trade off seems to be not quite as good of a seal especially with higher psi

Coming from the the square Park Tool self adhesive patches, I thought I'd give the fancy Lezyne kit a try. Bottom line, two of the four patches I've applied have failed. I followed the directions exactly, cleaning the area, roughing it, holding for 30s, but after about a day or two at 120psi, you end up with a crinkled patch that doesn't hold air. Forget about removing it and reapplying a new one...it's not coming off gracefully and your tube is trashed. Granted, the Park patches will give out eventually, but that's expected and you can generally replace them as the adhesive has degraded.

I consider all glueless patches to be temporary roadside repairs, none of them hold nearly as well as traditional patches that use a tube of glue. They will get you home, and at about 50-cents a patch they’re a bargain.

Great patch kit. Small, easy to use, does the job (patches a tube so you can get home).

IMHO, a patch should do more than just get you home given how infrequently flats occur and the effort involved. From my experience (see review), the Lezyne patches are hit and miss at high pressure (120psi). I typically don't even patch on the road. I replace the tube and patch at home. Which, I'm guessing, may contribute more to the failure rate when putting 120psi into a tube that was patched moments ago.

James H, I’ve found that all glueless patches are unreliable for long term use. If you’re patching tubes at home I highly recommend the Rema Tip Top TT-04 patch kit. Properly applied, those patches are permanent, and the smaller patch size of only 16mm is ideal for skinny tubes.

Is this product as easy to use as it...

Is this product as easy to use as it sounds?? Just stick the patch over the hole and no more waiting 5 min for glue to dry??? How long before the patch dries/seals to the tub before you can inflate and get back to riding? Sounds like a huge improvement.

Ultimately, yes, it will save you some time and it is not as messy as a tube of glue. They work very well, just be sure to rough up the area around the puncture before applying the patch or it won't hold.

how does this patch hold up in heat? i...

how does this patch hold up in heat? i jumped on the park patches back when. great patch, but couldn't handle 95+ degree weather in ga.

I live in Moscow ID and we get like 95 degree weather in the summer. I haven't had a problem yet. And just as a sales pitch, I use these patched for my cross bike and they handle 80psi no problem. Many times patches have a hard time with the higher pressures. In fact, I'd forgotten that I'd patched the tube until I punctured it again and saw the patch. That's the only reason I pay this much for a patch kit (I got the fancier Alloy one. Only dif is the bling case). : )