Take a look at a pic of an alpinist atop a sick line in the mountains, and chances are they are wearing Julbo eyewear. When poor glasses may mean seared retinas and snow blindness that jeopardizes your life, Julbo is what you pick. This pair of Zebra lights I bought complement two pair of Smiths (casual and sport), two Oakleys (casual) and another pair of Julbos (for mountaineering). I had been wearing Oakleys for as long as Oakley has existed, but started to feel they were putting fashion above function. These Julbos replaced a pair of excellent Asssos specs I sadly lost on a ride. Their optics are second to none. Combined with their light weight and comfortable frame, I forget I have them on. The ear stems are straight, so bear that in mind when considering helmet compatibility. The lenses are indeed light. I read a professional review that said they were dark enough to wear in SoCal, so I was surprised to see the lens appear completely transparent when I pulled them from the dark box. As a former AZ resident I am a bit skeptical about the Zebra light lenses ability to darken enough for truly brutal equator sunlight, they are really excellent for New England, where trees often shade the roads substantially. On fully sunny routes, these have been more than dark enough to keep my sensitive eyes comfortable, while still maintaining a vivid field of view. And they transition to nearly clear when the sky gets dark if I am out after dusk. (I expect this will work great for mountain biking, for that reason.) These also provide some welcome venting for the eyes, helping to mitigate sweat, which is very welcome. 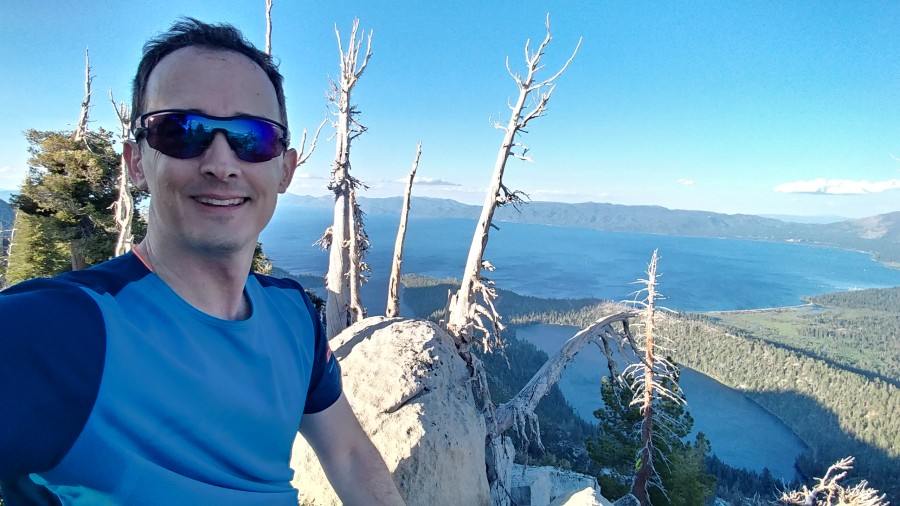 I have been an Oakley guy for years. My Oakley half jackets got stolen out of my car one day and I made the error of buying these french made pieces of garbage because I wanted the transition lenses. The lense was ok, but too dark. Transitions from dark to too dark (and I live in Utah). But the worst thing is they just slide right off my face. The number of times I almost crashed from taking a hand off the handle bar to hold these glasses on my face is embarrasing! Luckily I didn't get injured! I had to get the beater strap to hold them on. Well that problem is now resolved because I saw the light and plopped down for some Oakley radar lock with the trail prism lens. Thank you Jesus for Oakley. Now I got HD vision and glued on glasses. I will never stray again! Lesson learned! PS, got some style glasses from Smith and I really like them, but can't comment on Smith sport glasses. If you're running or riding a bike, Oakley is the only game in town.

9.27.2017 Update I'm begrudgingly changing my rating of these glasses. After a few months of trying to find the right pair I've realize these Julbos have become the benchmark for everything else. Their weight has to be half that of the closest competitor, and the photochromic contrast enhancing lense is far beyond any technology Smith or Oakley currently has on the market. You really have to think to remember these are on your head, they really are that light and stable. They stay in place and don't move around while running or under agressive terrain on a bike. The Cons. They are still awful to clean, mostly the face side of the lense that has been treated with some kind of antifog coating. I recently tried a pair of Ryder's, which had a similar coating but was marginally easier to clean. They could have a slightly darker tint range. There have been a few situations where the darkest tint hasn't quite been enough. Alternatively, the lightest tint range I've worn till well past sunset before feeling like I should take them off. Overall... I've returned numerous pairs of sunglasses this summer, except the Julbos and a new pair of Ryder's. Give them a go, just be prepared to have to clean them constantly if you're a stickler for clean lenses. Original review below.... They're light, very light. They stay put on your face. You never really notice them, they are just there doing their thing. The Zebra Light Red has fantastic contrast and the photochromatic feature works flawlessly. But... The frame feels cheap, really cheap. They creak and make all kinds of noises. The material looks and feels cheap. The overall fit and finish doesn't compare to brands like Oakley, Ray Ban, Maui Jim or Costa even at a lesser price point. While the photochromatic feature is amazing, the optics overall are sub par. The lens material is impossible to get really clean, especially after a day of sweat and dirt. Using any type of cleaner microfiber leaves some kind of smudge or lint. Even if you can manage to get them spotless, like when you take them out of the box for the first time, the material used for the lense does not have the clarity that brands like Oakley, Maui Jim or Costa have. To add insult to injury, apparently whatever chemical is used in the photochromatic lense is on a warning list in the state of California for causing birth defects. Take that with a grain of salt of course, but it's worth pointing out that Oakley's photochromatic lense is not on that list. At $200, I would recommend you not spend your money here and try one of the other amazing options from Smith, Oakley, or nearly anyone other than Julbo.

I have the white frames with the Zebra Light lenses and they are top quality. Very comfortable (hardly notice I'm wearing them), "breathe" well due to vented construction (don't get sweaty eyes/face), and the lenses are fantastic. While the actual tint of the lenses is a bit too light for me (I prefer a darker tint), the clarity is astounding. I've worn Oakley polarized and Smith polarized and Chromapop, but these shades have the best lenses I've used. The lenses are Julbo NXT lenses which means they are photochromic and change tint in response to varying light conditions you encounter. It's slow enough that you won't notice it, but you'll realize you've had your shades on all day through different conditions and not had any issues. Aside from the lenses, these glasses are LIGHT. They weigh nothing but still have a super comfortable and adjustable nose piece, as well as comfy wings that don't grab your hair. Great for hiking/running through trees, I also use them for mountain biking. They'd be great for road riding on days that aren't blindingly sunny. Contact me directly for help with Julbo shades or questions such as: - What makes Julbo unique? - What's the difference between all their different lenses? - Which glasses are right for me? Ben

Hi Beverly, I'd look at the Julbo Breeze. Super flexible and comfy. Ben