As you may know, inflatory is a whole other kettle of fish, to flattery getting one nowhere. I read all the reviews, worth reading, that I could find - and not just the goatworthy one's - and, in the end, for me, it came down to this Innovations and the Blackburn; Being quite innovative, myself, I went that way because: 1.) The Innovations came with the two CO2s, and, being new to the game, I was curious about that 16 v. 20 gram thing, and 2.) I've been regarded, in the past, as a cheapskate, a lable I wouldn't bother to debate, even if I may not shtumpulate to the charge, in no small measure because I, personally, find the term cheapskate no little pejoratively bent, and 3.) It accepts both French and Schrader valves, and, as French is the language of love, I thought perhaps I may find another someone desirious of being helped out of the distress they find themselves in, and wouldn't that be the nicest way thinkable of passing gass? and 4.) I noticed that it's little thingy had a little hue of both a little green and a little blue, and jeepers creepers, what more could one ask for? I was sorry to read about wserlopz's dire straights, and do hope he was able to straighten the situation out via contacting Innovations, or our Backcountry friends. It looks to mine eyes to be truly well machined, which I figure plays well in the high pressure work-a-day world it was made to be a player in. I'll try to update review in the event of other info rearing its ugly head in the future; For now I give it thumbs' up, and not just the one less affected by that Ulna nerve repetitive motion disorderliness, and Have you noticed that, unless you're on a Zen bike, backpedaling doesn't, really, get you very far? and Do take due care of yourself, you being so special to everyone and everything, and all, Swan

Not sure if there's a whole lot I can add here that others haven't said, but really love this so gonna drop my $0.02 here. Seriously compact, easy to use with the spring actuation and allows control of C02 being released. It does get cold when C02 is being released, I'd recommend wearing your gloves when using it. I've used it more than I'd like over the past few years and its reliable and ease of use make it a go to for my pack. 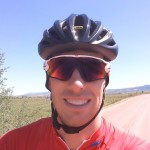 Small enough to not take up valuable space in a saddle bag leaving you with more room for other bike essentials. The controllable flow valve allows for a wide open blast or for smaller, incremental inflation. When the valve shuts, the co2 is sealed off so you aren't wasting a whole canister for one small application. I have been very impressed with the performance of this little air chuck. (threaded CO2 cartridges only) 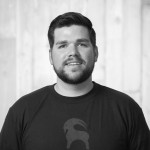 Erik with 4 in tow 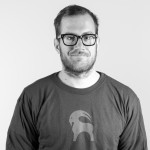 This co2 inflator is pretty great. Real simple and small. I liked mine but lost it. It's so tiny that it fell out of a carelessly zipped saddlebag. I would give this 5 stars had it not been for one thing. When you are filling you must be careful not to get you finger pinched in the valve. when you push it on the tire a small metal disc protrudes via spring, make sure your finger is nowhere near it when you pull it off of the tube. I made this mistake and it bit a chunk of skin off my finger. OUCH! 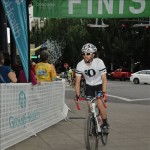