Protect+ will only cover the frame for this build.

If we had to describe the Hakka MX Disc Frameset from Ibis in just one word, it would be versatile. Very few framesets are as capable across chip-seal county roads, mellow singletrack, week-long bikepacks, or while taking in some hot laps at your local 'cross series in the fall. Offering it as a frameset allows you to build it up for your needs or lets you transfer over that killer group that's looking for a home on a new frameset.

Feel free to build up this frameset for whatever adventure awaits. We really love the idea of hopping on the bike and rolling out from the house and hitting up whatever path or gravel road we find along the way. Previously Ibis offered the cyclocross focused Hakkalugi bike. While it did a pretty good job of crossing over into gravel and road rides, both the geometry and tire clearance hinted at its 'cross roots. The Hakka MX does indeed take cues from the OG Hakkalugi but extends its range, making it more of a complete all-rounder outside of the course tape. The term monster cross has dropped out of use with the advent of industry laden terms such as "road plus" and "gravel grinders" but Ibis is bringing it back into vernacular with MX being short for it. We feel most of you looking at this frameset plan to put the biggest tires adding comfort and traction to your off-road adventures and you'll be glad to know that the carbon monocoque frame clears a 2.1-inch tire in 27.5 mode or 40mm in 700c guise. Throw some MTB tires on for hitting trails or when maximum traction is needed on the dirt or throw some of the newer crop of wider, low pressure, gravel tires that roll fast on the tarmac without the tradeoff of not having grip when you hit the gravel. Since this bike is aimed as a potential quiver killer, we think having wheelsets in each diameter is doable and a good way to go.

Ibis mountain bikes have been built exclusively from carbon fiber for several years now and its expertise with the material means they know how to build a stiff, light, durable, and responsive frame. A tapered headtube provides the perfect foundation of unyielding stiffness needed for excellent tracking, hard braking, and out of the saddle climbing. The included ENVE fork contributes to the stiffness while working in tandem with the frame to absorb the jolts from washboard descents and all the rocks and roots found off the beaten path. One area of extra excitement for us is the bottom bracket shell. Ibis made the conscious decision to uses a threaded T47, which provides an oversized, threaded shell and cup that is easier to install and maintain and less likely to develop an irritating press-fit creaking, popping, and squeaking. A wider range of crank diameter spindles can be used without sacrificing bearing diameter and larger spindles forced in a standard diameter threaded shell. The bigger shell yields larger contact areas between the tubes offering greater drivetrain rigidity.

Internal cable routing works with mechanical and electronic groups and it keeps cables and housing from contamination, snags, and preserves the bike's clean line while having dropper post routing. Rear, removable, fender mounts at the bottom of the seatstays and the rear of the bottom bracket shell will come in handy during a muddy gravel race, winter training, or commuting. The Hakka is available in five sizes, fitting cyclists from 4 foot 11-inches to 6 foot 6-inches.

I bought this bike in August honestly a little scared of my purchase. After the first turn that all stoped. Itâs capable on the road unlike other gravel bikes because the steering is not all too slow. Where the bike really shines is on the gravel, a lofty 47c tire clearance will let you do anything form single track to smooth clay. I put about 4000 miles on this bike and a large portion of it was on the dirt and I enjoyed every second. If your looking to get a great all around bike, a gravel racer or if you just looking for a good time this should for sure be on your radar. Not to mention the cool mounting points for fenders. I work here as a gearhead so if you have any questions on my setup or fit Iâd love to talk. You ca n call or chat in and ask for me! 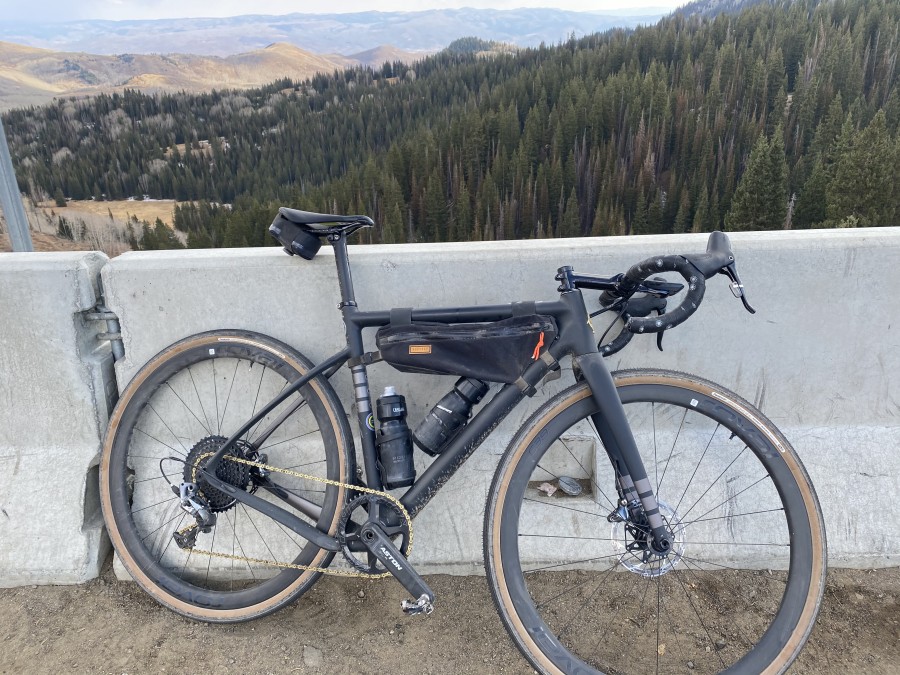 im thinking of adding panaracer 700x50s on mine. It looks like it would clear fine. Do you agree?

Rode a 58 ibis hakka with rival on 700s today from sports basement and couldn’t reach the ground (my road bike size is 57). I’m 6’ and have an inseam of 34, but could straddle the top tube by about 1.5”. Is that normal with a gravel bike or should I seemingly size down like you may have, maybe to a 55? Bonus: Thoughts on a Pinarello Grevil, 3T exploro, or Wilier Jena with Ekar? I’m down to 7 gravel bikes to choose from, which will likely turn into finding one available from the lot and hitting buy... Thanks in advance!

Ibis may have been early to the game with their dropped chainstays and internal 31.6 dropper routing, but by no means does that make the Hakka obsolete now. The current frameset has gone through a few tweaks, but it remains one of the fastest and most capable gravel bikes on the market. Set up with 700c rims, you can expect to smash all of your local segments while swapping out for a wide 650b wheelset will offer plush confidence over chunky terrain. The frame is stiff, sure, but that is what you would expect for a performance gravel frame. If you wish to smooth out the ride, I'd suggest starting with a 650b setup and grabbing a carbon seatpost. I haven't had a chance to try out the Hakka's bike-packing capabilities, but I am minorly annoyed with the lack of mounts. Aside from that, I have no complaints with an otherwise excellent gravel bike offering from Ibis. Contact me if you'd like help setting up your own custom Hakka build! 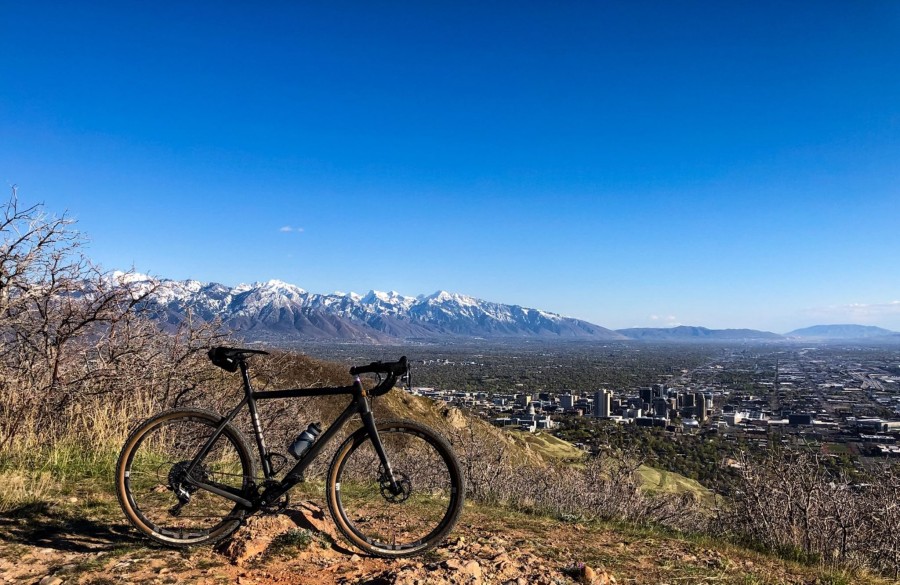 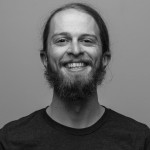 The good: The overall quality of the frameset is nice. It is a fast, efficient bike - it accelerates really well. It tracks nicely at speed. It’s reasonably light. It has a T47 bottom bracket, hooray. The bad: It is perhaps too stiff, not very ‘compliant’. It has a 31.6 seatpost, an odd choice for this kind of bike and it makes the ride harsher. The chainstays are slightly long at 430, stifling the handling a bit. There is a ‘mud shelf’ behind the bottom bracket, a bit of a design flaw.

One of the best do it all bikes!

I have been researching the purchase of a new road/rain/gravel bike for over a year. I've looked at steel, titanium, and carbon frames. I have been riding for decades, commuting to work on my Surly Crosscheck, racing on my Bianchi INFINITO CV, and trail riding on my Niner hard tail mountain bike. After testing many bikes I found the Ibis Hakka to be the perfect do it all bike for my needs. I live in Seattle where the weather is wet four months of the year. I wanted to build a winter training bike that I could also ride off-road. Important factors were a lively yet stable geometry. I also wanted a light yet durable bike with high-performance, responsive ride. I choose to build the bike with a 2x Ultegra Mechanical shifting/ hydraulic brakes because the majority of my riding would be on wet roads. My race bike has Ultegra Di2 but I thought mechanical shifting made more sense given the amount of rainy weather riding I expected to do. What I love about the Hakka MX: The geometry is perfect. The bike has a nimble, agile feel while still being rock solid and stable at speed. Its not nervous like a race or crit bike, but its not lazy like a cruiser either. In my opinion it delivers the perfect balance of performance and stability especially for training and riding off-road. The Hakka MX has the ability to utilize larger 40mm tires that provide a very secure grip when riding on wet roads and off-road. The front fender mounts are perfect. They are hidden and allow for a simple secure mounting for standard fenders. The Hakka MX also has a pedaling efficiency that reminds me every time I get out of the saddle to pedal. It's large, stiff bottom bracket feels like 100% of my energy is devoted into forward motion. What I don't like. The rear fender mount, aka the hand job fender mount is non-functional for larger fenders. I'm not sure what Ibis were thinking with its design. On my bike the hand job nut is too close to the wheel to fit a fender when running 40 mm tires. Moreover it is not even parallel to the top of the tire so even if I were running smaller tires the fender would be tilted when secured to the canted hand job nut. I would love for Ibis to redesign the hand job to be rotated 90 degrees so standard rear fender mounts could be utilized. This would be an easy fix and simple upgrade to any existing Hakka MX. In summary, I LOVE my HAKKA MX. The beauty is only surpassed by its performance. I could not be happier (well a better rear fender mount would make me happier!) Update to my fender mount issues: I contacted Ibis via their email help line. They responded quickly and sent me two new mounts to try. Sure enough the smaller mount fit and now my rear fender is perfectly secure. I am now completely satisfied with the bike and the fantastic support from Ibis! 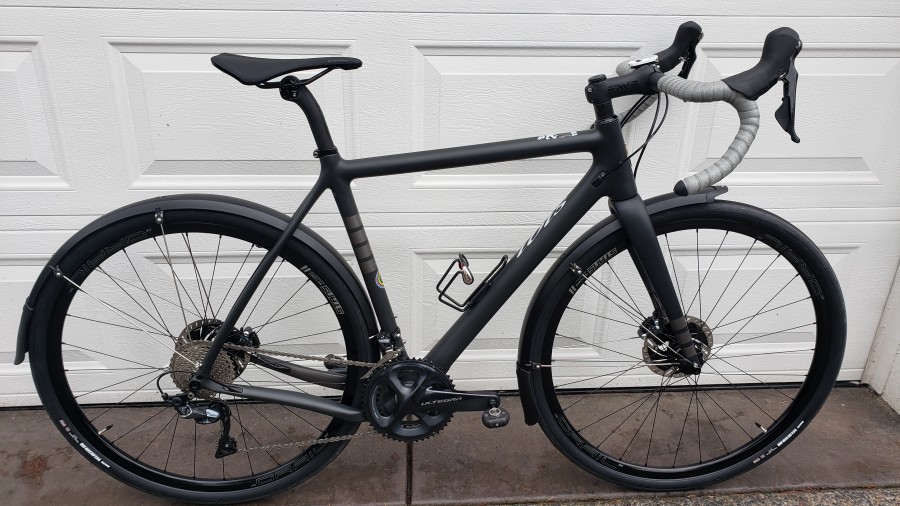