If you've ridden the roads of Belgium, Honey Stinger's Organic Stinger Waffles might remind you of the waffles you'd have inevitably snacked on. But aside from the waffle pattern and round shape, the differences are perhaps greater than the similarities.

Honey Stinger's Waffles are created just for endurance athletes, not merely as a tasty morning snack. And that they're packaged in single serving units makes them easy to carry in your jersey pocket for that moment when you'd like to eat something with a bit of texture. The Stinger Waffles are simultaneously toasty and chewy as you eat them. And unlike bizarre lab-born products, the natural ingredients in the Waffles chew easily and go down quick -- almost too quick. Because they taste so good, you'd like for them to last a bit longer.

Like their other energy foods, the Honey Stinger Waffles rely on honey, nature's energy food, for a majority of the carbohydrate load. The honey is easily digested because it's made of a just-right 1:1 blend of fructose and glucose. It acts quickly to give you a burst of energy and is easy on the stomach. With the waffle, you'll also get carbs from organic wheat and soy flour along with organic cane sugar and rice syrup. Honey Stinger Organic Stinger Waffles are packaged in a box of 16 individually wrapped waffles. They come in Honey, Vanilla, Chocolate, Lemon, and Strawberry flavors and are a great on and off the bike snack.

Taste great but a little messy

I love how compact they are so I can fit a few in my jersey pocket. The box somehow was opened in transit and the packets were all loose inside the shipping box. Quite a few of the waffles were crushed so eating these crumpled up pieces during my ride is pretty messy. The expiration date is 2022 not 2015! The date is written as year, month and date!

Be warned, bought the chocolate stingers and the expiration is 2015... I don't understand how they are being sold

I bought this on sale and it was delivered on 2/17/2020. The problem was the expiration on this was March of 2020 which gave me a month to finish 16 packets so I had to return it. I was excited to try this out.

awesome on the go snack

...like waffles, what could be better! These are great on the trail for sustained energy and they taste great! The Vanilla flavor is absolutely the best...no excuse to forget to eat with these!

Just buy some!! They are amazing!!!! Especially the caramel ones!!! Light weight, easy to pack and incredibly delicious.

This is the best snack for any outdoor activity as they are really nutritious and they pack an awesome punch of energy!

Portable little energy boost that packs a punch, wont freeze but most importantly are delicious and a joy to eat. Fits perfectly in hipbelt pockets, and warms nicely when set over a cup of coffee. 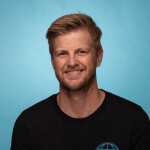 I tried a strupwafel for the first time in Amsterdam last summer and eating these makes me almost feel like I'm there again.

Great for trips! Keeps me on my feet and tastes great too! Grab a few boxes and you'll be set. Chocolate's my fav.

I love this snack. This is my mountain snack. It is delicious. I got the ginger flavor and the lemon flavor. The caramel flavor is very good too. I usually snack on one of these on the chair lift.

The Honey Stinger Waffles taste great and are easy to eat while riding. I vastly prefer them to traditional energy bars which can be hard to chew. I personally like the chocolate flavor and have not gotten tired of it after eating scores of them throughout the season. My one complaint is that they can be a bit crumbly. This isn’t really a big deal when you’re out riding, but is a problem if you try to open one in the car pre-ride.

Great snacks for the mountain

These are perfect to keep in your pocket when you need a quick refuel, not to mention they're delicious!

I should have bought two boxes

Tastes great and easy to carry. I’ve carried them on bike rides and while backpacking. Quick refuel in a small packet that tastes great.

Stinger Waffles are a MUST!

Great snack during a long run or hike or if you just fee hungry in general - I recommend stashing these in all of your packs!!

I bought a box of these delicious morsels and stashed them in all of my backpacks. It's the perfect treat at the top of a mountain, start of a ride, or middle of a race.