You count yourself as a disciple of freeride and enduro racing, so don't cut corners on head coverage when you're launching off features and sending lines inspired by them. Replace an old lid with the Giro Disciple MIPS Helmet to add reassurance when a big day doesn't exactly go as planned. Since you'll (hopefully) spend most of your ride time never needing the Disciple, Giro also made it light and breathable, so you'll stay comfortable and cool during the majority of the time when everything goes to plan.

Rather than choosing the traditional In-Mold construction most helmets use, Giro opted for a fiberglass shell for the Disciple MIPS. Light and strong, the shell comes equipped to throw down with rocks, gravel, and the occasional tree, with an EPS foam liner for extra backup. Giro even beefed up the jaw area with extra Vinyl nitrile padding for handlebar and tree branch bashings, and it made sure to make the integrated POV camera mount able to break away in the event of a crash to prevent further damage to helmet, camera, or anything else.

As if that weren't enough, Giro went the extra mile by adding MIPS technology to the Disciple as well. Now ubiquitous across the helmet world, MIPS appears in the Disciple in the form of a thin inner basket, constructed to float across the skull to reduce the sloshing energy generated by certain impacts. It's not fail-safe, but it does a helluva lot more in some crashes than helmets of five years ago might've. Of course, Giro made room for some fun too. Equip some speakers to keep your ride playlist cranking while you rally, and included Fit Kit padding makes sure the helmet sits comfortably atop your dome for hours on-end.

I went back and forth between a few choices of FF helmet. In the end I went with the Giro for the price with MIPS and the built in GoPro mount. So far it seems fine to pedal with and doesn’t feel heavy at all. I wear a medium typically in helmets so I ordered a medium and it fits perfect. The cheek pads are tight like they’re supposed to be and the helmet doesn’t jostle about on the descents.

Being a woman, I decided to try this helmet out in size Small as other medium full face helmets felt too big for me. But with this helmet, the Small version was the not good kinda snug and hard to get off my head. Go with Medium if you've got a 56 cm around head! Otherwise, great helmet! Look even better in person and very sleek. Also super safe and will give you that boost for more big sends.

Most full faces sledding have horrible insulation (as most are moto helmets not designed for the cold). Giro has thought of everything here. Insulation, fit, style this thing is sick!

DO NOT BUY A SIZE DOWN

People don't know how to measure their domes

I love these helmets, I've had a few of them now. They look cool, fit well and most importantly keep you safe! I have the Bell Full-9 now too (which is a $400) helmet and it may be a touch lighter but I honestly don't think it's any better than the Disciple. I'd say if you're looking for a full face and find a color you like in the Giro Disciple, get one!

This helmet is sweet. It is relatively light and quite comfortable. It is super protective and nice to have while out shredding laps. You wont be disappointed with this helmet!

I could have ordered a medium, but I followed other reviewers recommendations and sized down to fit my face better. It is packing out as expected, and I'm glad to not have it jostling around on my face. This is a really nice helmet if you're looking for MIPS technology and simple graphics.

Stay comfortable and safe while riding that downhill. You want your cheeks snug so make sure to check the measurements before ordering. Ride hard ladies.

Breathes well, good lightweight material and also provides the DH protection I was looking for with a full-face! 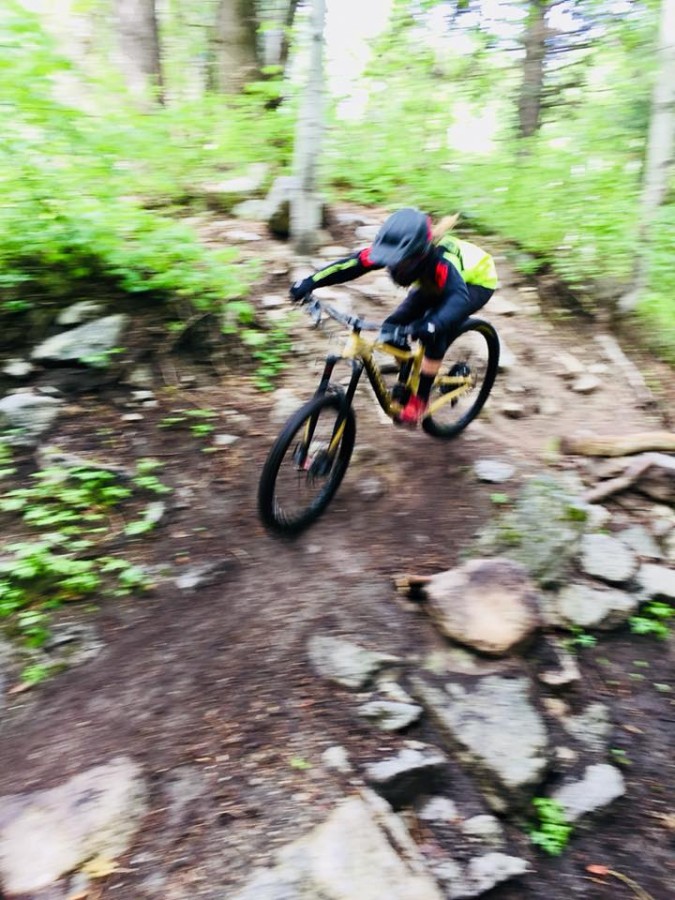 This helmet is awesome and fits great if you are riding chair lifts it will work great. It is a little bit heavy but is an awesome helmet. with some graphics options, I haven't seen anywhere else.

Got it in black and it's just perfect. I thought it'd be a bit heavy but after wearing it for a couple hours I felt like I could keep it on for the rest of the day. It's got MIPS which makes it a great pick too. Look is neat and temperature is ok inside thanks to the vents. The cam mount is a great addition and I can't wait to use it. Comes with space for speakers but I think they are sold separately. Glad I bought it, looks solid and makes me feel safe.

Joe Manship is the BEST!!!

I love my new MIPS equipped grip helmet. Joe did a terrific job helping me find a great deal and the exact piece of gear I needed!!! I will definitely be shopping at back country again. My customer service and purchase experience were amazing!!! I'm very thankful to be provided such top notch customer service! Thanks again Joe and Backcountry!

I thought I needed to return the medium after first trying it on. However, it packed in nicely and the large would have definitely been too big. Love the style and feel of this helmet.

I bought this as a gift and here is the feedback: "The Giro Disciple may be the most comfortable full face I have ever worn. I have worn it during lift-served days in the bike park, for shuttle laps, and during long enduro descents where I wanted more protection. It is well-ventilated, the liner is nice and plush, and the MIPS liner provides the same protection once reserved for much more expensive lids."

Great for those downhill trails where I don't plan on pedaling much. Cash me on the lifts with this lid.

I've worn this helmet 3-4 times now, on both lift-assisted trails as well as some enduro trail riding. I'm pleasantly surprised how well-ventilated and light it is, considering it's a full-face helmet. I've worn it on 80 degree days, and while it's hot, anything is going to be hot going up and down dusty dirt trails in the direct sun. It's incredibly comfortable (not to mention awfully badass looking) and I couldn't be happier with it! I would say to size down if you're debating between two sizes or on the cusp... the padding around the jaw packs out nicely. 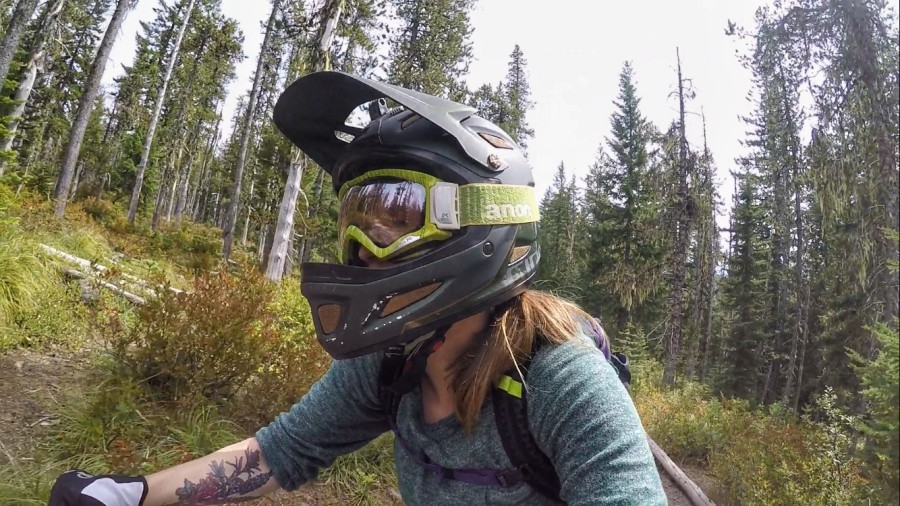 Like most full face helmets, this thing is quite heavy. that is my only complaint. OTherwise a fantastic helmet. if you're in between sizes, size down. The pads pack out nicely.

Bang for your Buck

The weight on this helmet is great, it's not insanely light but after a full day riding chairs, I didn't feel like my neck was going to give out. Also, as another reviewer mentioned, it will feel super snug at first, but by the end of the first day, I could talk and move my lower jaw comfortably. I'd definitely recommend it.

Great helmet for the money

This is my second fullface helmet and so far so good after 3 rides. The first time I tried it on it was pretty snug, mostly in the cheek region but I think that over time this will break in. Other than it being tight on my cheeks it fits great. The helmet is very light and the MIPS is a great additional feature for little not a ton of extra cash. Overall I am satisfied with my purchase.

I love my Giro Cypher helmet, I have had it for 4 years now and it was just time for retirement. Typically I replace my helmets every 3-4 years depending on use and abuse, and sadly it was just time. If the Cypher was still available, I would have bought another one. The Disciple helmet is just the Cypher, but with Mips as a mandatory feature. Don't get me wrong, I like things that make me safer, but maybe I am not 100% convinced of its benefits and I feel like the MIPS system is maybe a touch noisier than a non MIPS helmet. All that aside, you are hard pressed to find a helmet that offers the kind of Value that comes with the Disciple. Comfortable Well Padded Nicely Ventilated Not Too Heavy and not too expensive. I always wear a medium and the new Disciple is no different, so it fits true to size.