PreRace Caps aren't meant to replace the simple joy found in a pre-ride espresso, but you'll get a much greater concentration of the same performance benefits without the harshness of coffee. Initially available as a powder to mix into water or your favorite sports drink (like EFS), the same PreRace formula is now available in a convenient capsule. This proven pre-exercise supplement is designed to increase mental stamina, maximum workload, and muscle oxygenation while improving mental clarity—it's the same formula provided to pro teams like Radioshack Nissan Trek and Bissell, and they're a favorite of time trialing heavy-hitters like Levi Leipheimer and Alberto Contador.

While the effects of taking PreRace before your big ride might sound more than a bit fantastical, rest assured the ingredients are firmly grounded in the reality of nutritional science. Caffeine, 200mg worth, is the basis for the powder encapsulated in each serving. It is a building block upon which Western Civilization got its mojo, gone aggressive and industrial. 200mg is approximately two cups of joe or two 20-ounce sodas, but much easier on digestion than the aforementioned. PreRace is also heavy on Taurine, to the tune of 3000mg. Taurine, a neuroinhibitory transmitter, is found in Red Bull, and has been shown to reduce muscle damage. Citrulline Malate, in PreRace in a quantity of 500mg, has been shown to stimulate nitric oxide, remove toxins, and reduce lactic acid and ammonia. The result of all these ingredients is a seriously boosted caffeine level. The caffeine is more than enough to be noticed by the body, and the other ingredients improve nutrient absorption and further focus, which ultimately means the body on PreRace is working faster with less effort and keeping going despite the adverse physical reactions that happen with a hard effort.

PreRace Caps are meant to be consumed 30-45 minutes before the event. We recommend taking them with liquid calories which will help calm the stomach. Keep in mind that most athletes will be more than topped off with a single serving before an event. However, ultra-distance athletes, like double-century riders and Ironmen might consider taking a second or third dose evenly spaced out over the course of the event. But as with all of their products, First Endurance recommends starting with half of the product's recommended dose to first assess your tolerance.

Get that Extra Boost.

The pre race caps are great. I do not use them very often as I do not wish to build up a tolerance nor do I want to have to rely on them to preform well. But on days I need to push it hard on the bike and I am feeling rather exhausted I pop a few of these in a while before my workout and it gives me that extra boost to preform well. They sit well in the stomach and i have no complaints about them. If your looking for that extra boost for race day this is the way to go. 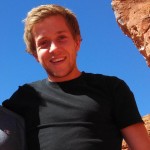 I have used PreRace caps as part of nutrition programm for marathon and in addition as recovery during heavy backpacking trips. Especially if you are experienced an exhaustion after long hiking day, PreRace is good choice to stabilise you phisical condition.