The EFS Liquid Shot - 30oz. Bottle has six 400-calorie servings in it. Most flasks we have take five to six ounces of fluid. The bottle grande takes 32 ounces of fluid, but is filled with 30-ounces. That's about the same caloric punch as 16 bars. We're comparing the calories; solid to liquid, because the Liquid Shot is different than the gels it competes with. It's apples to apples.

For one, it's not a gel. No gelling agents are present. Without these agents, the liquid is less viscous, goes down more easily, requires less drinking from your water bottle afterward, and doesn't need diluting to get every last drop out of the flask.

A flask's worth of the LS is 400 calories. Of the 400, there are 100g of carbohydrate in a mix of glucose, maltodextrin, and sucrose. The reason for the mix is to have fast-acting, slow-acting, and easy-absorbing carbs. The bottle also has 1000mg of amino acids, broken down into glutamine and branch-chain amino acids isoleucine, leucine, and valine. There is also a pretty heavy-duty electrolyte blend of 400mg sodium, 290mg potassium, 150mg calcium, 120mg magnesium, and 600mg chloride. As all cyclists should know, we sweat out salt and have a great need for electrolytes when exercising hard, and the loss of salt can lead to cramping. First Endurance argues that you need more than just salt to prevent cramping; that's why the rest of the electrolytes are present. The Liquid Shot will keep your electrolytes balanced, help with absorption, reduce lactic acid build-up and keep the body going.

The container can sit sealed and unrefrigerated for a year, but once opened, should be stowed in your refrigerator. If a flask is unfinished after a ride, pop it in the fridge and keep it there until the next ride. First Endurance EFS Liquid Shot is available in Vanilla and Wildberry.

This stuff is pretty good for packing a good punch of everything you need to keep going. 400 Calories in 5oz is thick but easily digestable, and easy to get down when you are a little dehydrated and keep chew on a bar. The taste is Ok and to be expected on this kind of thing. If you are going, and going, and going, this is a good source to keep you on your game.

How do you people choke this down?

This is, by far, the worst tasting gel I've tried (Kona and Berry). The stuff does work, at least as well as Clif or Gu, and the bottle carried me through a couple centuries over a month before I started gagging just smelling it.

Way too sweet for me. It made me not want to refuel as often as needed.
I'll try other products.

I am allergic to sulfites. Most chews/chomps are made with pectin, so do some gels, and pectin contains sulfites. I have also become more sensitive to Magnesium, and EFS Liquid Shot has one of the lowest Magnesium contents available. I used EFS Liquid Shot exclusively in my last 50k, and it kept me going strong all the way to the finish.

I cycle in the heat of New Mexico in the summer and I wouldn't be without this stuff. Calories and electrolytes in one package, and it's thinner than a "gel" and goes down easy. One really hot days I'll supplement this with Scratch Labs Hyper Hydration Drink Mix in one bottle and just water in the other bottle. Keeps me going.

Unoffensive tasting, easy on the stomach

I'm not going to lie and tell you this stuff tastes great because energy gel is a gross substance and it can be pretty hard to choke down even in the best of circumstances. HOWEVER, as far as gels go this stuff is pretty good. It's thinner than most brands and the flavoring isn't as strong, so it's easy to choke down even when your stomach isn't feeling so hot.

I usually put about 4oz of this in a 7oz Nathan flask and top it off with a little water to thin it down even more. Goes down easy and provides a quick easy energy boost.

You saved your flasks so you could refill them right? Buy the bottle and refill them bad boys and save a few bucks! Better yet treat yourself to a coffee on the next ride with the money you saved!
Yes, Liquid Shot is that good! Don't consume the whole bottle unless you do the miles. 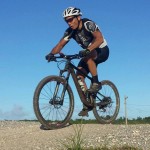 I save this stuff for my long rides and race day. Last Sunday, 1 flask was all I needed to complete a 60 mile race that featured 6,000 ft of climbing. I took 1 gulp of this every 45 minutes and I did not have any issues with cramping or hunger. I usually start bonking around the 45 mile mark in races. :-( Hopefully, none of my local competitors will read this review as I consider Liquid Shot my secret weapon! 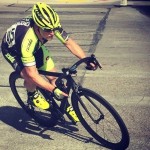 Easy on the stomach, easy to get down.

I have been using EFS Liquid shot for several years now and continue to have great experiences with it. It doesn't seem to have the impact on the stomach that I've had with other gels and it's really easy to consume out of the Liquid Shot bottle. One of the biggest high points to me is that you don't have to deal with wrappers (getting them open and inadvertently littering). True one-handed operation!

GREAT TASTE AND IT DOES WHAT FIRST ENDURANCE CLAIMS.

is this worth the carry on long backpacking...

is this worth the carry on long backpacking trips?

I suppose it would depend on how long you plan on being out. If it was a five or six day adventure, sure, perhaps. However, you have to account for the size of the bottle that you would have to continue to lug around until you got back to town before you could ditch it (remember LNT principles!). That would be an awfully big item to tote around for days on end after you finished it, not to mention, liquid is heavy as it is. I think there are better alternative around that could provide you with similar, if not identical, benefits at a fraction of the weight.

I use this product a lot on day trips and high intensity activities - gives a good kick when headed for a bonk. On longer trips and low intensity activities I prefer to get my calories in more satisfying ways - nuts, energy bars (like probar or cliff). You get more calorie/weight in those. If you do decide to use this product I recommend first buying a six pack of the five oz. flasks. Then reload those with the bigger volume bottle. You can reuse the small flasks for years (at least I have) and they pack easier.

My bottom line opinion is this is really not worth bringing on multi day trips since you can get your calories in more dense and satisfying ways. This is super sugary sweet - not terrible, but certainly not something I salivate over in anticipation! The ideal use for EFS is when you are involved in fairly intense activities (racing, backcountry skiing, climbing), and you need to keep the calories coming in a quick and easily digestible manner. For that purpose EFS is great.

Star rating is for Competitive Cyclist shipping expired project. There really is no excuse for this. Expiration date clearly printed on bottom of bottle.

Really? A simple call to customer service could fix this.

Its a much lighter gel. More liquid

I like this one as its more of a liquid than a gel type product. I use it with my gel infusion kit on my camel bak (the old zero goo). Nice, easy on my stomach and alot of gels upset my stomach. Packed with lots of energy. I've only had the vanilla. Nice flavor.

So so for me anywat

Not a big gel/liquid type fan, but thought I would try it out. Certainly does give you a boost but just doesn't sit right for my belly.

Backcountry, simmer down with emails

I've already rated this procuct (which is 100% great) and my review would have been expanded upon, but Backcountry pesters customers with emails about reviewing products - not good.

As awesome as all 1st Endurance products

This offers the most electrolytes of any other product I've come across. I've been using the liquid shot since the end of last year and love it, it's definitely helped my endurance and hydration. The Kona Mocha flavor is my favorite, I don't even drink coffee and I can't get enough of it. I use the product "half strength"; it's very thick at full strength and can be tough to get out of the 4oz flask when cold. I use half of the liquid shot and half water to cut down calories and so it's a little easier to use on the go. I LOOOOVE this stuff!