The Fizik women's R4B Donna Boa Shoes are, essentially, a slightly less "pro" version of the R1B shoes turning cranks in the peloton for 2016. Like its pro-tier counterpart, the R4B has a low-cut ankle profile that allows for unrestricted pedaling motion and helps to trim some grams off the overall weight. Unlike the R1B, the R4B's outsole is a carbon-injected nylon, and instead of a complete realization of the Volume Control system, the R4B features an asymmetric wrapping closure.

The R4B's fastening system is built on a single Boa IP1 dial that pulls the upper across the foot, wrapping it rather than just cinching it down. This helps eliminate long-ride discomfort by evenly distributing the pressure across the entire foot. While we won't be surprised to see this asymmetric design eventually appear across Fizik's shoe line, only the top-tier R1B currently features a similar construction. The shoes are finished with two hook-and-loop straps across the metatarsals and toe box, allowing targeted volume in the areas that are prone to discomfort caused by restriction.

I upgraded to this shoe from my first shoes, Specialized Ember. As for size, I recommend measuring by MM not by US size. My street shoe size is 8 1/2 and I purchased a US 7 1/2 (according to this sizing chart) because I based the size off the millimeter measurement which means I purchased a US 9. It fits perfect. The tongue fits a little higher as another review comments, but I don't think this will pose a problem. Also like other reviewers, I had problems with my Shimano cleats. Using shims didn't work successfully, so I changed to the Look Keo pedal and found that the cleat fits to the contour of the sole perfectly without any augmentations, which was my preference and the Look and Shimano pedal have the same performance. 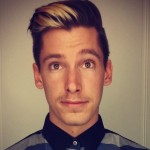 Such a Nice Shoe

More feedback from the Mother: Comfy fit, simple to adjust. The tongue is a bit high & stiff, but I imagine with time it will soften and conform.

I'm trying to install cleats on these shoes (Speedplay) and it seems like the curve of the sole is too great for cleats. Anyone else experience this and how did you solve it? I really want these shoes to work!

I had the same problem with my Shimano cleats not fitting the shoe. My bike shop guys added a shim under the front attachment point. Not ideal. It works, but clipping in doesn't feel as easy/secure as with my previous shoes. I may return these.

I am unable to clip in at all with Shimano. Trying the shim trick, but it's still not working.