In the tubular tire-rim interface, the difficult surface to work with is the rim. Base tape, which is just about always a woven strip of cotton cloth, is easy. Glue seeps between the threads, stays there, and dries. The rim is another story. The glue has to bond to the rim in some way, but not permanently. Though alloy rims don't pose a problem, conventional wisdom is that conventional tubular glue takes a bit more care in prep when mounting tubulars to carbon rims, so Continental developed two types of Rim Cement in order to reduce the risk you'll suffer a Beloki due to poorly matched adhesives.

Regardless of Conti's assurances, we recommend going with the standard option for alloy and the carbon option for carbon. To justify our position, we refer you again to the above Beloki reference. That crash may have been caused by melting glue on a hot descent with heavy braking, but there's no reason to add any more risk than necessary.

Despite the presence of whatever alchemical agent recommends the carbon cement for carbon rims, the two glues are about the same in terms of texture, viscosity, curing time, etc. A single 25g tube of Continental Carbon Rim glue should be enough to secure one tire to one wheel, with maybe a little left over.

1 tube is right for mounting 1 tire, usually get a couple coats on both the tire and wheel. Use a sandwich bag and spread it with my finger in place of a brush seems to get a better coating without wasting so much to the brush.

With the small tube and a small paintbrush, this is the cleanest way to apply tubular glue. Allows for multiple layers before mounting the tire and hasn't failed me yet after hundreds of miles.

Bought this glue for my Easton carbon rims. I didn't want to take any chances using glue from other brands that weren't specified for carbon rims. So far its still holding up after 500kms. The tube of glue is enough for 3 thin coats on the rim and 1 thin coat on the tubular tire. Awesome stuff!!

I bought a tubular tire (Gommitalia Logo tire-clincher), do i still need to use a rubberized glue to fit it to the rim? or, does a clincher needs an inner tube? I don't know the difference between a clincher and a sew-up tubular tire. Please help.

If you bought a Tubular tire, then you will need this glue to glue it to your rim. If your tire is a clincher and hooks in using a bead, then you do not need it. Clincher tires need a tube, in tubulars, they are already inside the casing or non existent.

I bought a tubular tire (Gommitalia Logo tire-clincher), do i still need to use a rubberized glue to fit it to the rim? or, does a clincher needs an inner tube? I don't know the difference between a clincher and a sew-up tubular tire. Please help.

Is there an issue with carbon rims...will...

Is there an issue with carbon rims...will standard cement work on carbon as it will an alloy rim? I noticed in another catalog that Continental had carbon-specific glue; Panaracer does not. We're concerned about the elements of the cement adversely affecting the carbon.

lifebehindbars2251130: Conti just released cement that is designed especially for carbon rims. I have used the current conti cement on my carbon tubulars for years with out any issues. However, the new cement may be an even better improvement? The pro's have been using this classic conti cement for YEARS, so I would say you are safe.

Without writing on a disseration on gluing your tires, please don't use Fastack. I saw more than one catastrophic failure result from this glue, which sticks well but tends to fail all at once with no warning (it is more brittle than rubberized glues). I think that ClubRider is saying the same thing when he says use a rubberized glue (like this Conti glue), just wanted to clarify. Among glues, I find this one to be the hardest to screw up, and therefore recommend it to all my tubie-riding friends. Make sure you know how to glue tires before you trust your work. 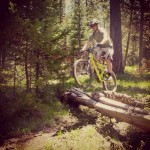